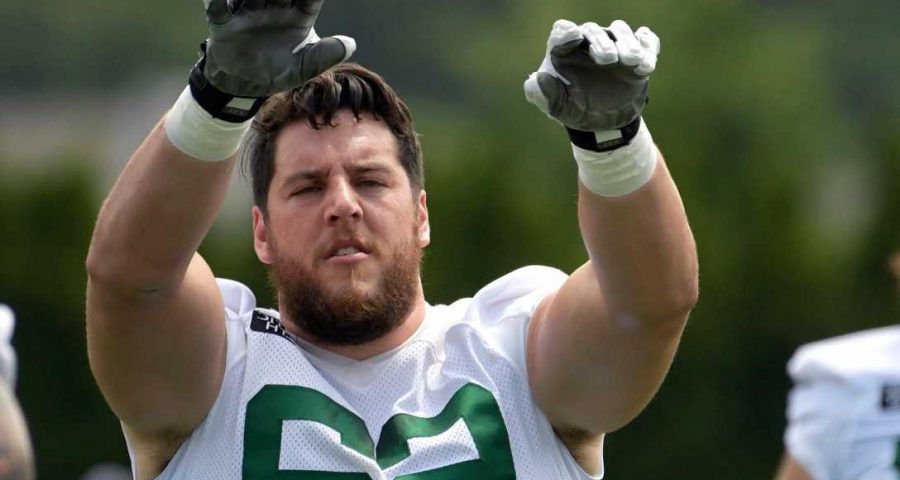 As the Jets get closer to training camp, I am examining the roster and giving you my top 25 players. Each weekday, we will reveal another person on the list, leading right into camp. I am not including rookies on this list because I do not feel it is possible to fully evaluate them before they play a game.

GM Joe Douglas brought Van Roten in last year as part of his offensive line makeover. The results were mixed. Van Roten was not terrible, but he also was not great. PFF credited him with three sacks allowed and 19 hurries. He ended up starting 13 games, missing three with a foot injury in December. Because of that stretch of missed time, Van Roten has yet to be part of a win with the Jets, as their two victories came late in the year. Van Roten was a better pass blocker than run blocker. PFF had him 42nd out of the 80 guards they graded. The best part of Van Roten’s season was zero penalties, a rarity for an offensive lineman.

It feels like the right guard job is very much up for grabs, although Van Roten was with the starters whenever the media was permitted to watch this spring. He could face a challenge in training camp from Alex Lewis, Dan Feeney or Cameron Clark.

Douglas addressed left guard in the draft with Alijah Vera-Tucker, but he left the right side of the line alone. It is one of the team’s biggest weaknesses as they enter training camp. Van Roten does seem very popular with teammates. He is the team’s union rep and was the organizer of trips to Islanders games with his teammates in the spring.