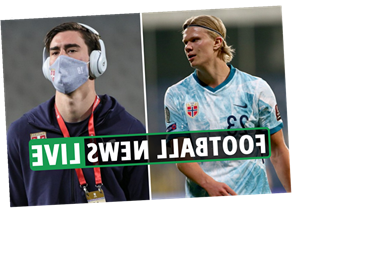 MANCHESTER CITY will have to stump up a sensational £600K PER WEEK for Erling Haaland's signature, as exclusively revealed by SunSport.

And Arsenal are reportedly being drawn into a five-way battle to sign Fiorentina forward Dusan Vlahovic, 21.