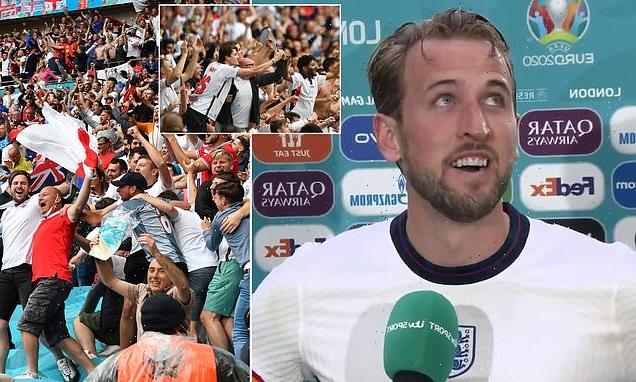 England skipper Harry Kane was left ‘speechless’ as he stopped to enjoy the moment after their sensational 2-0 win over old foes Germany.

The Tottenham striker was fulfilling his media duties after netting the second in the momentous victory on Tuesday night at Wembley when he paused to soak it all in.

Kane was asked on ITV: ‘Harry, you had some wonderful moments at the World Cup, but Germany beaten in the round of 16, Wembley, electric? 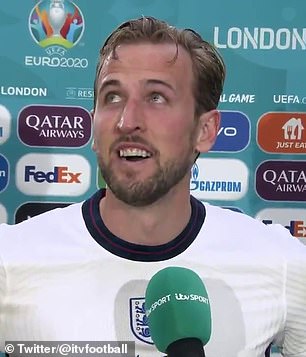 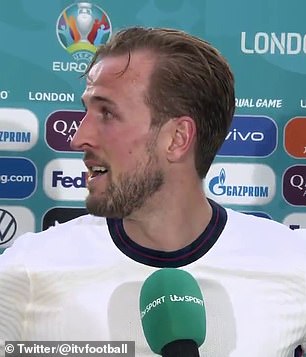 The 27-year-old paused to savour the moment, then replied: ‘Yeah,’ before stopping again to look around and soak up the incredible atmosphere generated by England fans belting out Sweet Caroline.

Kane looked moved by the whole occasion, before saying: ‘I’m speechless, I don’t know what to say.’

The forward, after another pause to take the atmosphere in, continued: ‘Amazing, amazing day, amazing game. Performance was top drawer, another clean sheet, but look we go again, we ain’t done nothing yet.’ 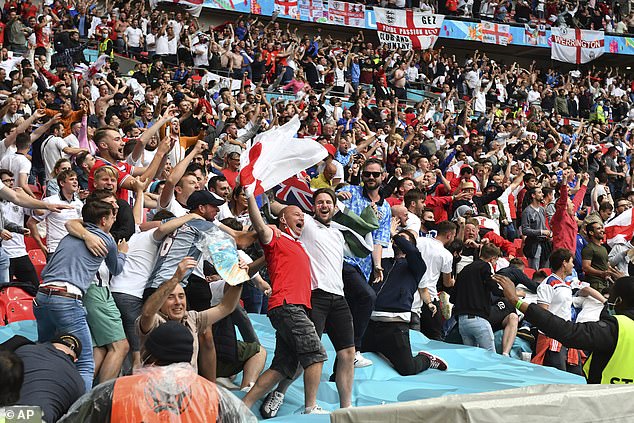 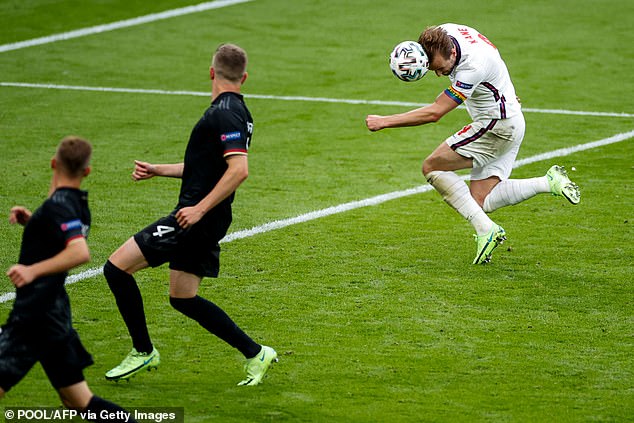 Kane notched his first goal of Euro 2020 in the 86th-minute, heading home from close range

That sealed a memorable victory for the Three Lions in front of a raucous Wembley crowd.

England players executed manager Gareth Southgate’s tactics to perfection and went ahead in the 75th minute through Raheem Sterling – scoring his third goal of the tournament.

Germany’s Thomas Muller squandered a glorious chance to equalise before Kane got his Euros campaign off and running to send England fans into pandemonium.

After seeing off rivals Germany the Three Lions face Ukraine in the quarter-finals on Saturday in Rome following Andriy Shevchenko’s side’s dramatic extra-time win over Sweden. 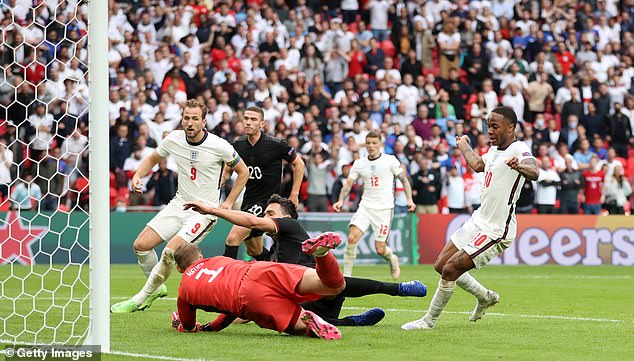