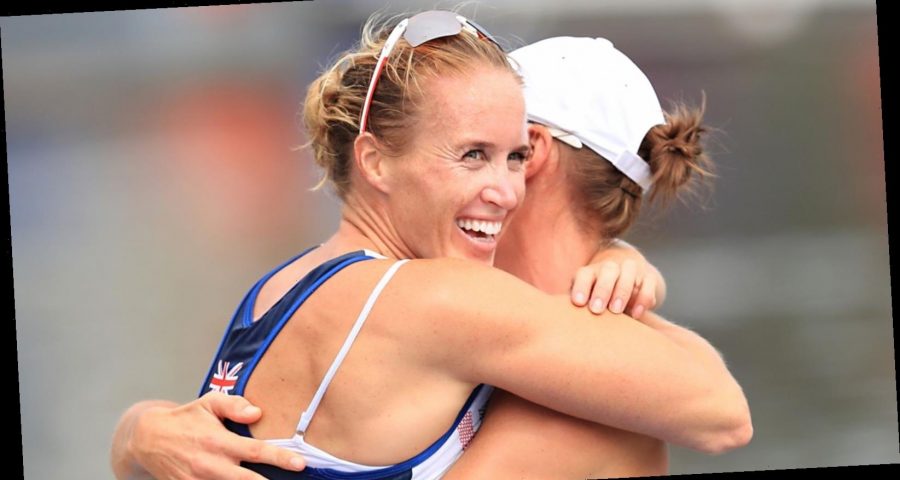 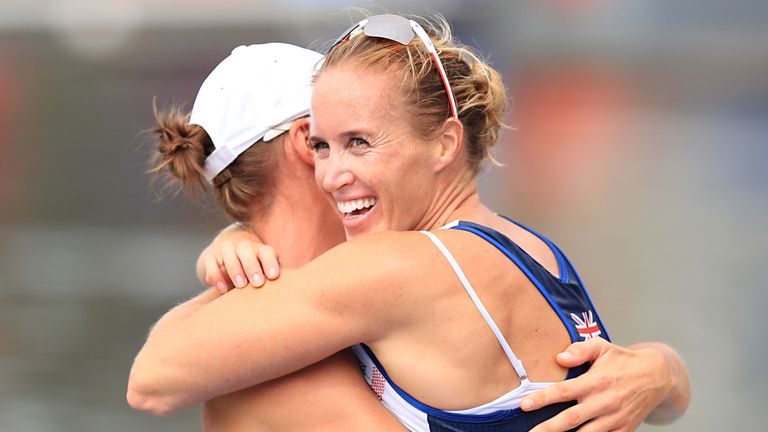 Double Olympic champion Helen Glover says she is “chuffed” to have been selected to compete in the upcoming European Rowing Championships, just three months after returning to the sport.

Next month’s competition in Italy will be the first time the 34-year-old has raced internationally since winning her second gold medal in the pairs at the 2016 Rio Olympics and having her three children – Logan (2), Bo and Kit (1).

Selection is also a crucial step towards her target of competing at the rescheduled Tokyo Games this summer and becoming the first woman in British rowing history to compete at an Olympics as a mother.

“I’m really chuffed. I think that I’ve been talking and thinking about making Tokyo and I kind of forgot that first comes the European Championships and actually selection for this is important,” Glover told Sky Sports News.

“Going out and representing Great Britain again after five years will be something that I’m just really excited by.

“This selection is actually the first tangible step that I’ve made. Yes, there was returning to the team and to be training alongside them as a group. But to be selected in the boat for a European Championships – if this is all I achieve and as far as it goes, then I actually am really, really proud to be part of this team.

“But I do see it going further. I see it as being an important step and it is a springboard for me to kind of be able to show my potential and where I could end up in three months.”

Juggling the demands of being an elite athlete and a mother is not easy, Glover admits, but it is something that might give her the edge to get to Tokyo.

“I’m tired, but I think that it’s just this perpetual level of tiredness that I’ve now come to accept. 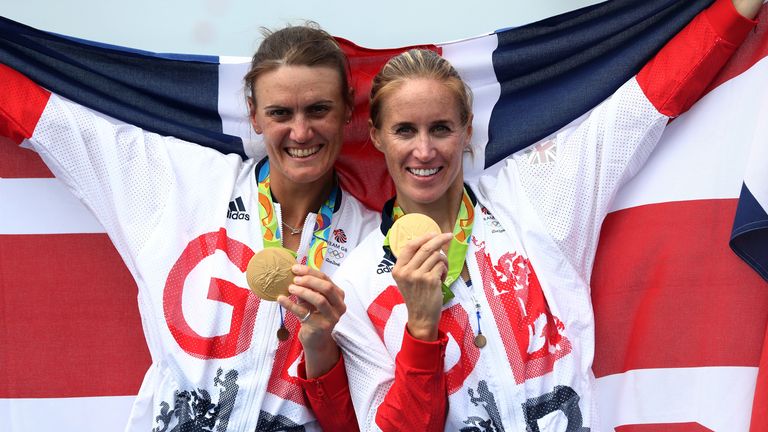 “As an athlete, you expect to be physically fatigued through moments of your training programme. I guess the difference is that fatigue kind of hangs around a little bit longer and I don’t get a chance to make up for it by having a nap or by lying down watching a box set because I’m playing in the garden with the children or something.

“I may not be getting that physical kind of recovery but mentally, I think it is great to take myself away and to feel like I’m being the best mum I can be, because I’m sure that’s how I’m going to get the best out of my rowing.

“That’s actually for me been a really nice side of it, which would have been unrecognisable about five years ago when I was so focused on London and Rio golds. But this time around, it feels like a little less pressure because I’m just seeing what’s possible and just seeing if I can do it.”

Glover isn’t the only member of the British Rowing squad who will be out of practice. Due to the pandemic, the last time GB rowers competed at an international regatta was 20 months ago. 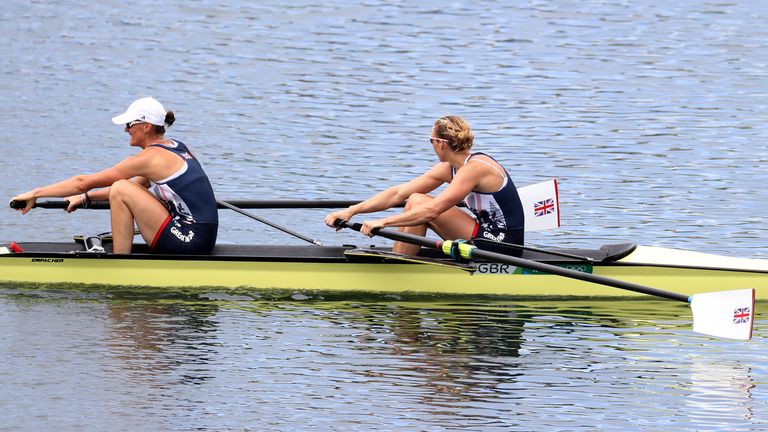 “We’ve had a lot of time training on rowing machines in sheds and garages and things like that, and so I think that going out somewhere to do what all that training was for is going to be really exciting,” she says.

“Everybody has experienced a different kind of journey through the pandemic. Normally you can predict what countries have done in the last 12 months and it’s going to be really interesting to see how other nations come out and what they do with their racing”

A total of 64 athletes have been selected to compete for Great Britain in Varese, Italy, starting on April 9.

“I’m incredibly proud of every single member of the GB Rowing Team, from the athletes to the coaching staff. They have worked tirelessly over this period, maintaining fitness levels and working towards a time when we could safely compete again.”

The European Rowing Championships also marks another milestone for British Rowing, being the first time ever that a Para team will be racing at the event.

Chief Coach for the Paralympic Programme, Tom Dyson, said: “The team are really excited to be making history at the event. We’ve been working hard to step up from training to racing and have been developing race day routines to ensure the athletes are fully prepared for when they get out on the start line. They can’t wait to get out to Italy and onto the water.”