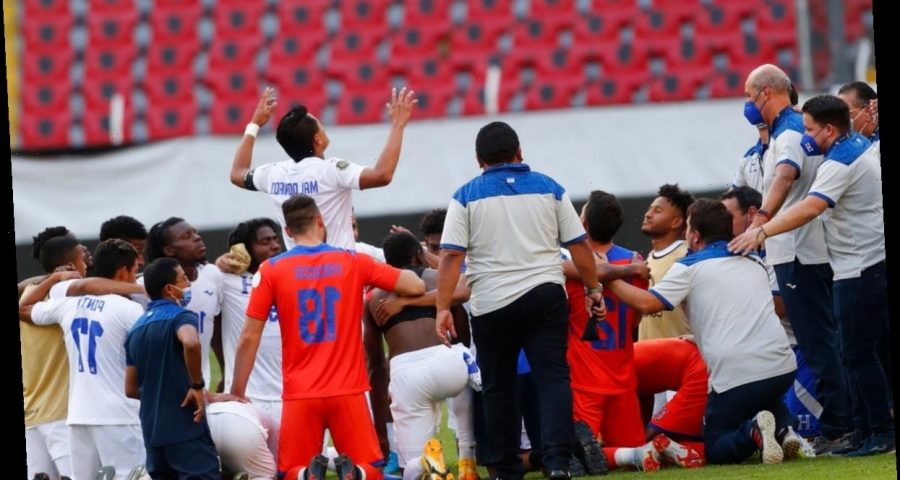 Honduras qualified for the men’s football tournament at this summer’s Tokyo Olympics with a 2-1 semi-final win against the United States on Sunday.

‘Los Catrachos’, who finished fourth at the 2016 Rio Olympics after losing to hosts Brazil in the final four, went 2-0 up through American-born Juan Carlos Obregon and Luis Palma either side of half-time.

The United States pulled one back through Jackson Yueill in the 52nd minute but could not find an equaliser.

Honduras, who have qualified for four consecutive Olympics, opened the scoring in the final seconds of first-half stoppage time when Obregon bundled the ball home after Denil Maldonado headed it across the face of the goal.

Disaster struck for the Americans in the 47th minute when goalkeeper David Ochoa got caught in possession and his pass was blocked by Palma and bounced straight into the net.

The United States, who have not qualified for the Olympics since the 2008 Beijing Games, got on the board when Yueill rifled in a shot from outside the area.

Honduras, who reached the semi-finals of the eight-team tournament as the top team in Group B, will next face Group A winners Mexico in Tuesday’s final.

Mexico and Honduras will represent North and Central America and the Caribbean at the 23 July 23 – 8 August Tokyo Games.

As both semi-final winners qualify for the Olympics, the final qualification match is essentially an exhibition.

The eight-team tournament was originally scheduled to be held in March 2020 but was postponed because of Covid-19.