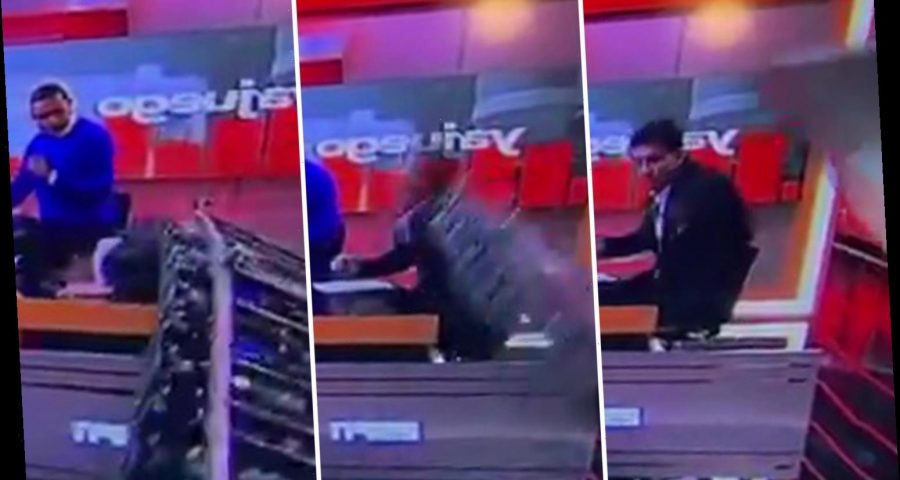 A SPORTS anchor has cheated death after a giant screen fell on top of him during a live broadcast.

ESPN FC Radio Colombia host Carlos Orduz suffered a minor injury to one of his teeth and a small nosebleed in the horrific-looking accident. 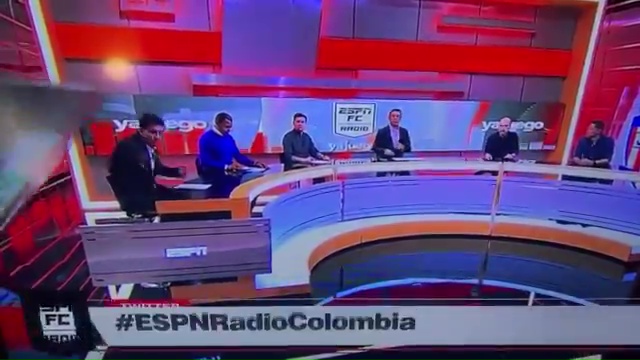 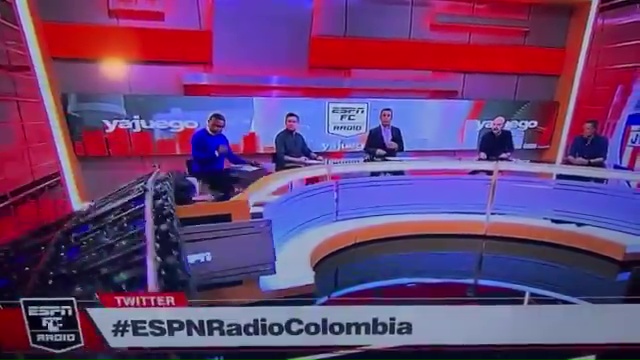 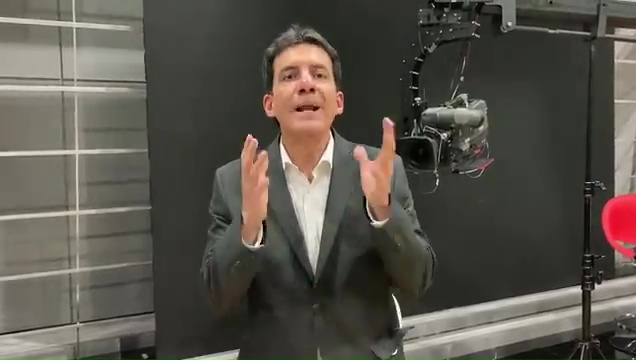 But he took to Twitter to assure people he was OK later in the evening, writing: “Good night and greetings. I’m Carlos Orduz.

“With regards to the incident that happened at the beginning of our programme on ESPN Radio, I’d like to assure to that I’m fine.

“I’ve been checked and nothing has happened apart from the shock I suffered.

“I appreciate your messages of support.”

In a second tweet, he added: “All I’ve got is a bit of bruising and a blow to my nose but nothing fractured.”

Colleagues of Carlos could be heard telling him to ‘Stay calm, stay calm’ as he was overheard moaning: "That knocked me out.”

His head jolted forward and appeared to smash onto his desk such was the force of the blow. 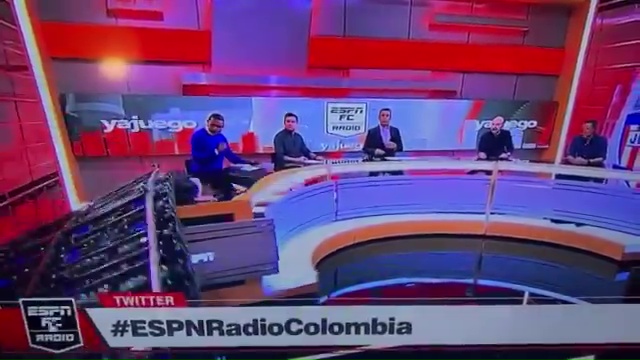 Programme presenter Francisco Javier Velez reacted after the shock had subsided by saying they would take a short break while Carlos received medical assistance and the set was cleaned up.

"The face of Carlos’ colleagues says it all.”

Bogota-born Carlos is a veteran journalist with around 25 years’ experience of working in radio and television.

He has been linked to ESPN since last year when Fox Sports in Colombia closed.