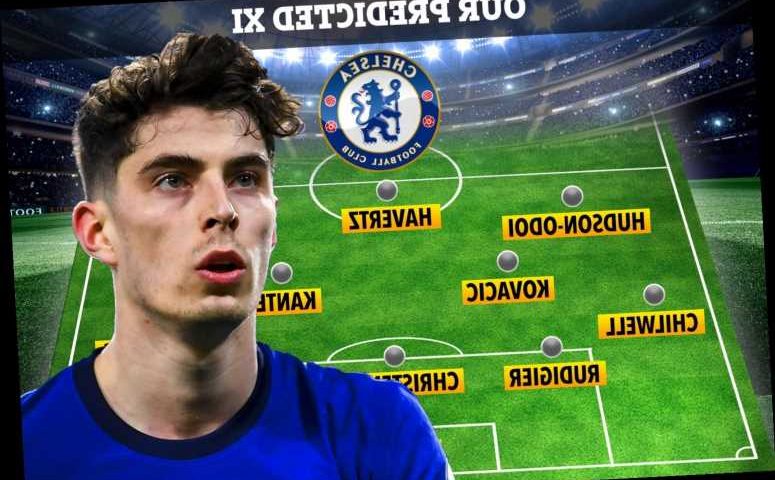 CHELSEA host Atletico Madrid in the Champions League with a one goal advantage – but have four players out.

Olivier Giroud's acrobatic effort means the Blues welcome the LaLiga leaders on Wednesday night with an away goal to their name. 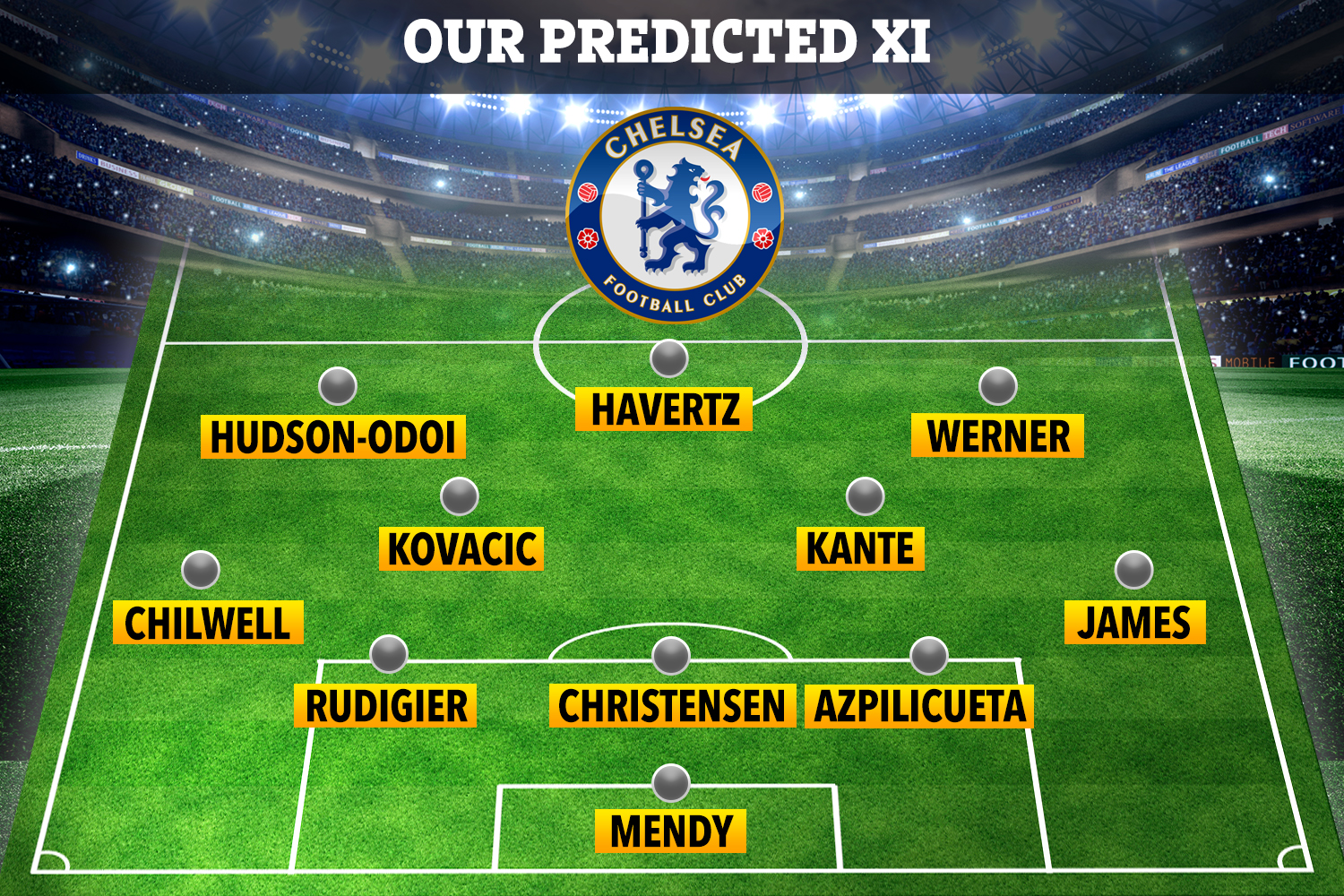 But Mason Mount and Jorginho got themselves suspended in that match in the Spanish capital.

And Thiago Silva and Tammy Abraham are still ruled out injured.

It leaves the ever unpredictable Thomas Tuchel with plenty to think about, with personnel and formation changes possible.

Edouard Mendy, who has conceded only TWO goals under Tuchel, is expected to keep his place in goal.

And with Silva still out, skipper Cesar Azpilicueta, Andreas Christensen and Antonio Rudiger should make up the back three.

Mateo Kovacic was rested in Chelsea's recent 0-0 draw at Leeds, and the Croatian will replace Jorginho next to N'Golo Kante.

Ben Chilwell started at Elland Road, so emerges as a favourite to keep his spot at left-wingback, but being replaced by Marcos Alonso would be no shock.

On the other side, Christian Pulisic was a surprise choice as right-wingback at Leeds, but in the second-half Chelsea switched to a back four.

It would suggest Pulisic will not retain his spot, and his replacement, Reece James, could find himself playing from the off against Atletico.

But Tuchel has also trusted Callum Hudson-Odoi there, with the Englishman starting the first leg at wingback.

Going forward, Chelsea have rotated from a front three, to a pair of false No9s with a No10 sat just in front.

With Mount out, Tuchel is more likely to play a three-man attack, with two wingers and a striker.

At Leeds, Hakim Ziyech started on the right, with Mount on the left and Kai Havertz up front.

Tuchel has been vocal about Havertz playing deep and centrally, and he had his best game against Everton at Stamford Bridge. 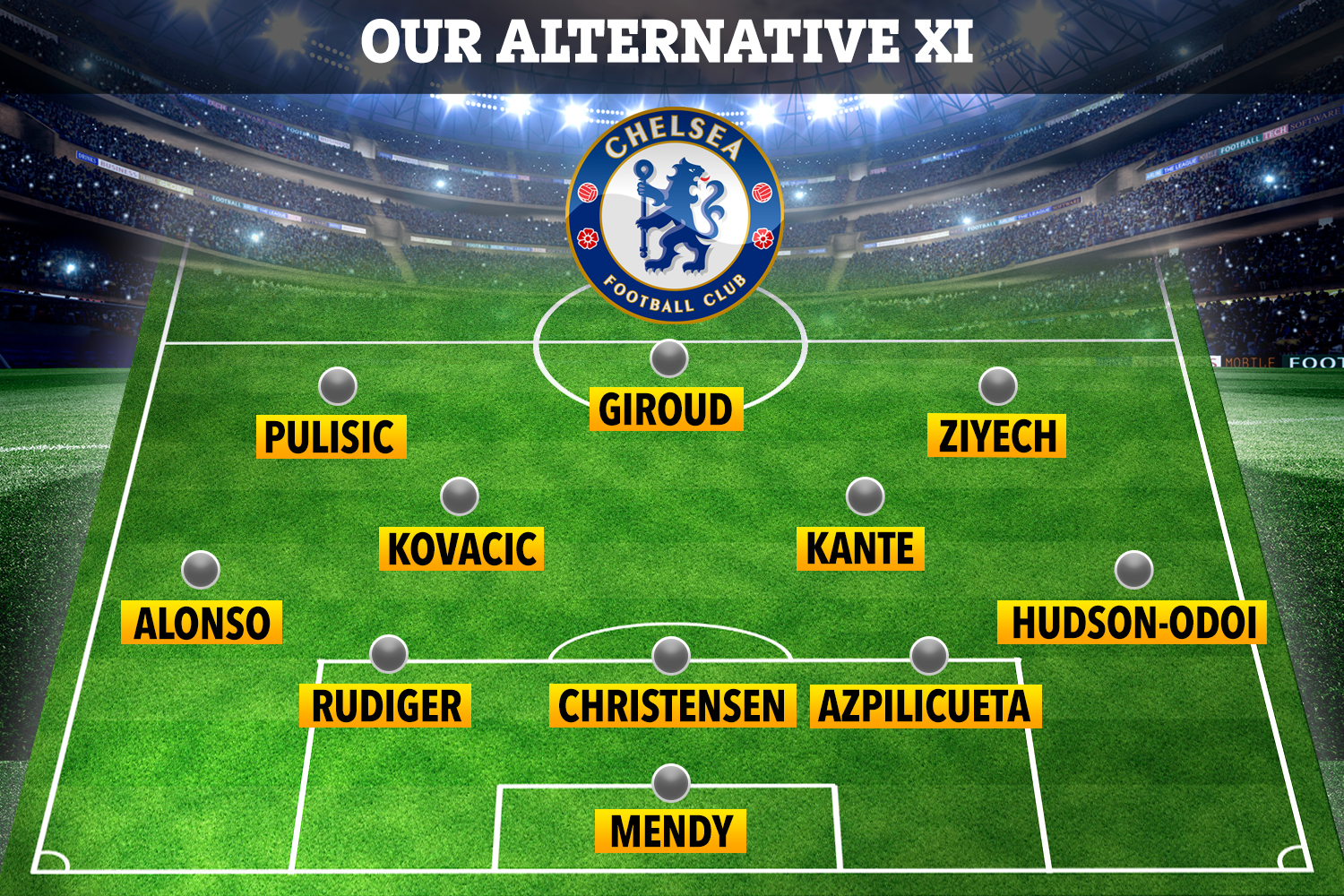 That night, Werner moved out to the right, with Hudson-Odoi on the left.

It is possible the same trio start against Atletico, but Tuchel has plenty of other options.

Either Havertz or Werner can take the central spot, with Hudson-Odoi, Pulisic and Ziyech contenders to start on the wings.

Equally, Werner has been deployed out wide of late, which would also make room for Giroud to return to the starting 11.

But the Frenchman has been benched for the last three matches.

Switching to a central pair with a No10 could also see Werner and Havertz partner each other.

Or Havertz could play as the No10, with Hudson-Odoi or Pulisic deployed as false No9s, which both have experienced under Tuchel this season.