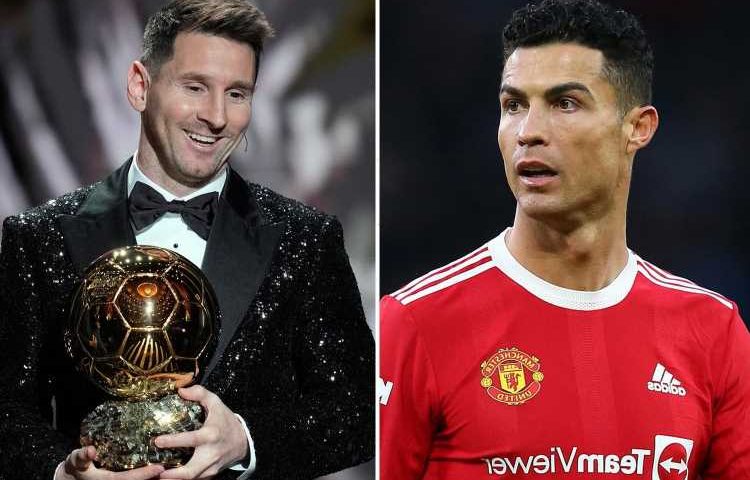 CRISTIANO RONALDO was incredibly snubbed by Portugal's representative in the Ballon d'Or awards as he was overlooked in the voting process.

The Manchester United centre-forward finished sixth in last week's ceremony – the first time in 11 years that he had failed to be named in the top three. 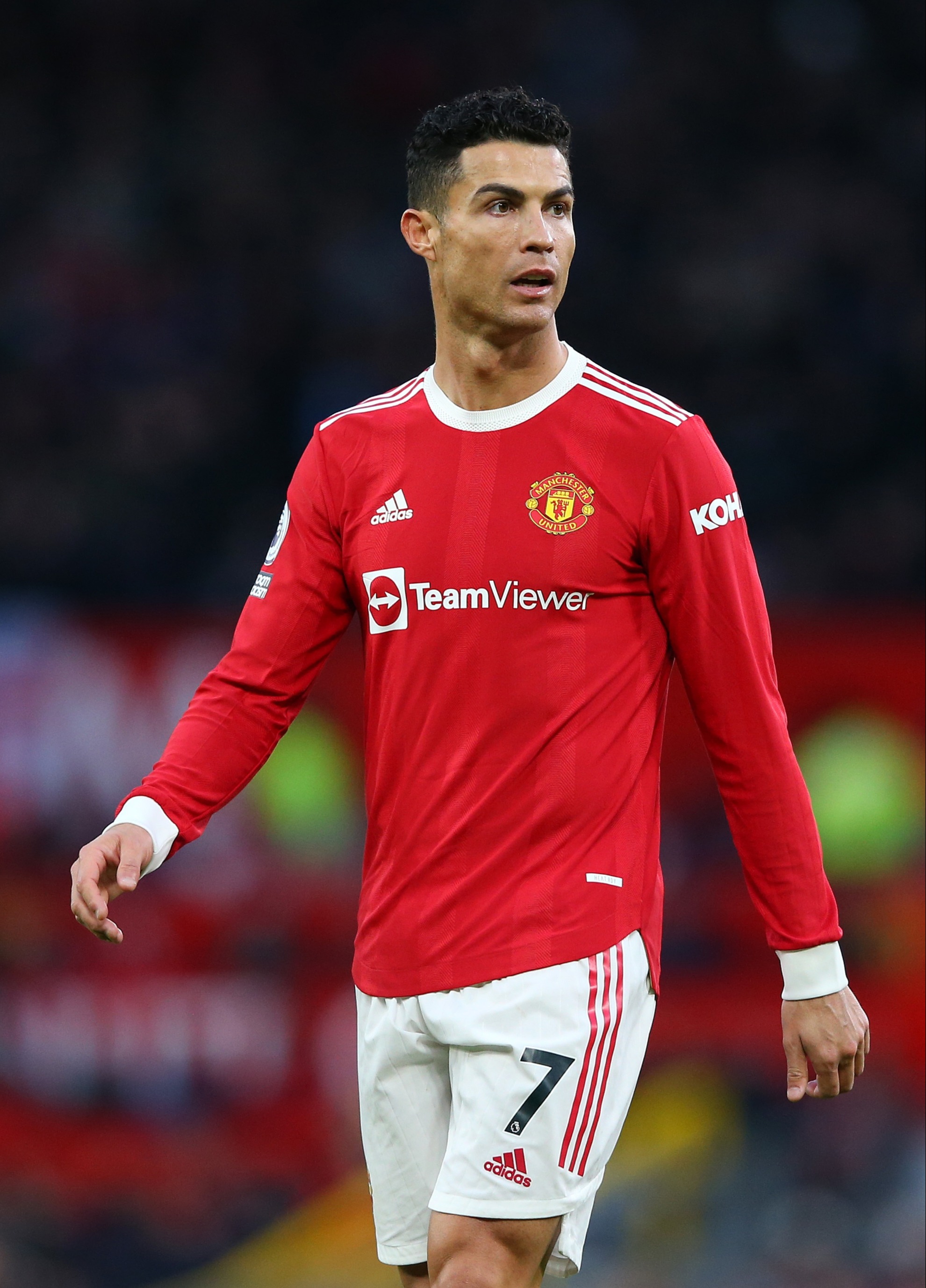 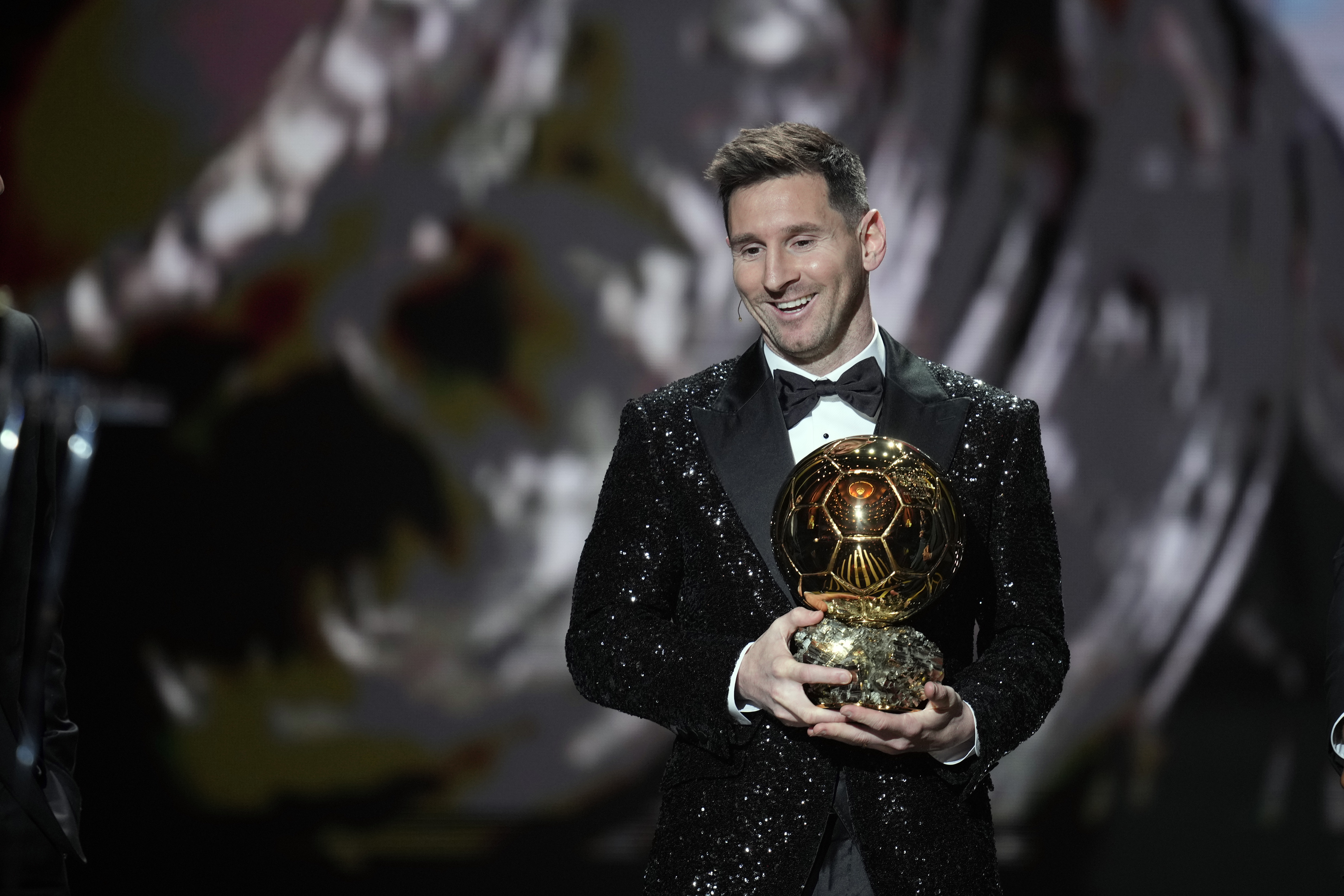 Though incredibly, Ronaldo, who has won the prestigious individual honour on five occasions, boasts the most points in Ballon d'Or history.

Despite banging 36 goals for Juventus last season, while scoring ten times for the Red Devils at the time of the awards, Ronaldo was missing from a number of journalist's top five lists.

Reporters from 180 nations were asked to cast their vote from the 30-man shortlist, with first place receiving six points, second were given four points, third received three points, fourth collected two points and fifth picked up a solitary point. 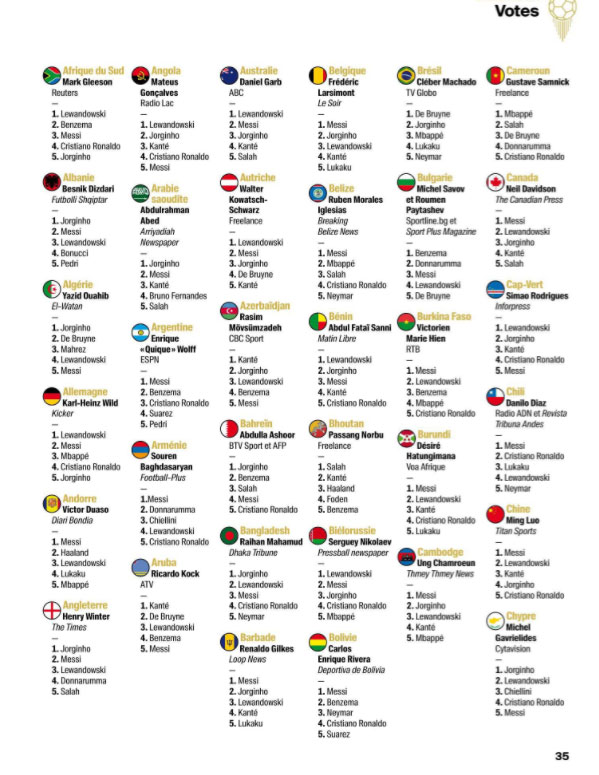 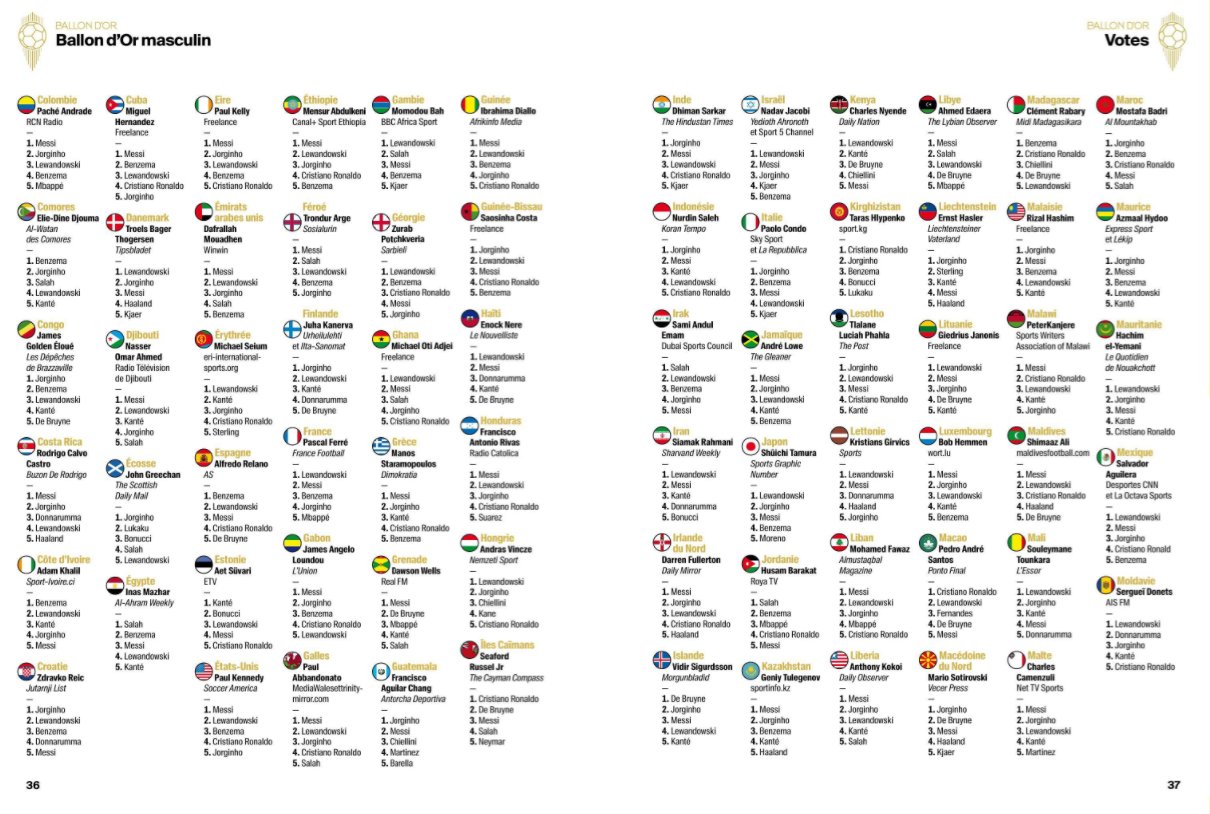 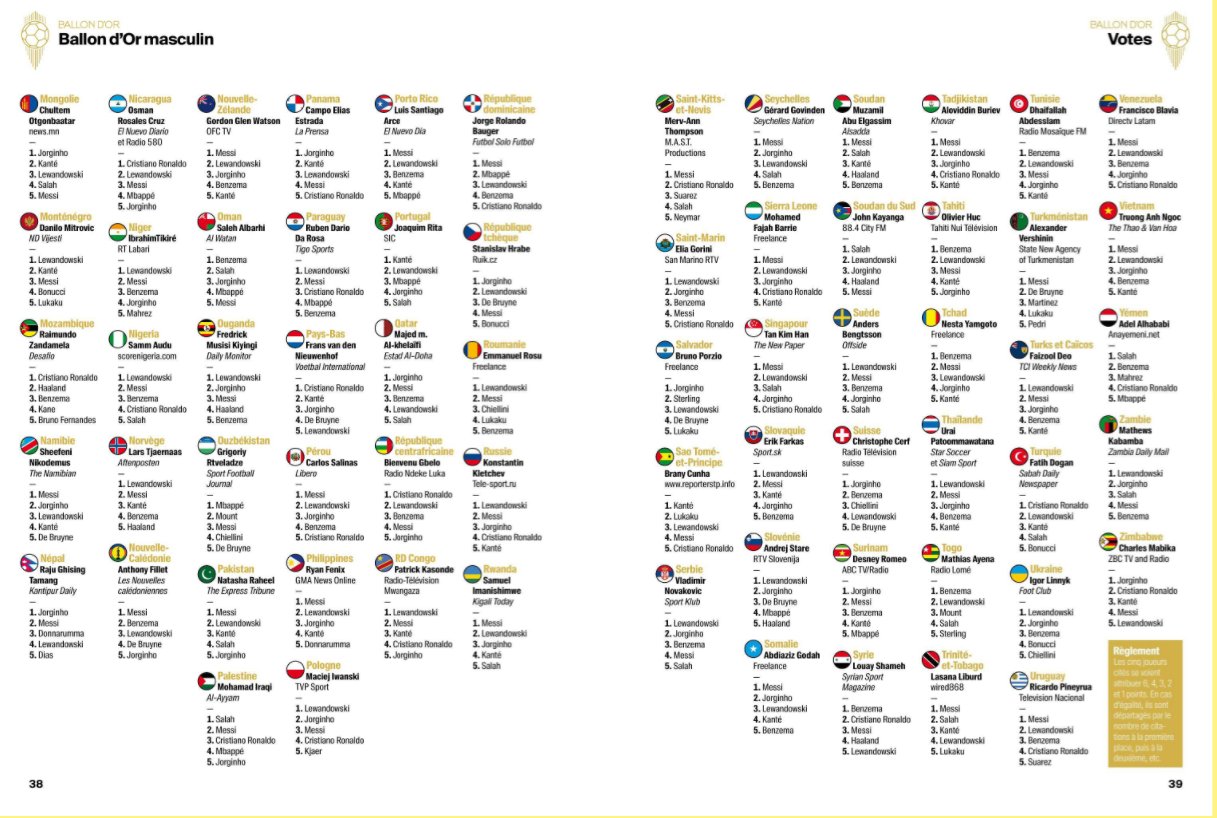 But there was no sign of the 36-year-old in Portuguese journalist Joaquim Rita's list, as he also bizarrely left out Messi.

Brazil also left out Messi from their list as Cleber Machado picked Kevn De Bruyne in first place ahead of Jorginho, Mbappe, Romelu Lukaku and Neymar.

Though Messi starring in Argentina's Copa America final over the Selecao may have played a part.

To the surprise of almost everyone, Uzbekistan’s Grigoriy Rtveladze ranked Mason Mount in second ahead of Messi.

Meanwhile Holland and Madagascar also left out Messi from their list, with the latter's Clement Rabary voting for Karim Benzema in first place.