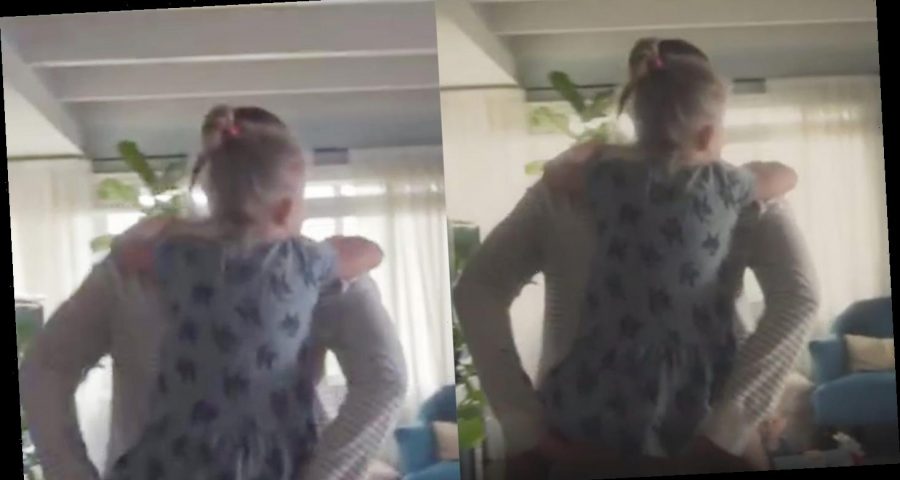 Guaranteed Rate and Indeed both attempted to strike a serious yet hopeful tone with their 60-second commercials during Super Bowl 55.

In an exceedingly rare and mildly embarrassing mix-up, the brands' Super Bowl commercials feature the same stock footage – a clip of a parent giving a little girl a piggyback ride in a nondescript living room. Eagle-eyed viewers will notice the shot about halfway through Indeed's ad, which will air in the first quarter, and toward the end of Guaranteed Rate's spot in the fourth.

The duplicate use of the footage, which was first reported by Adweek, is extremely unusual in the world of Super Bowl advertising, where the going rate for a 30-second commercial this year was about $5.5 million.

How about paying millions of dollars to advertise in the superbowl so they end up using the same video stock. Hope they at least don’t put them together! photo by @MusebyClio cc @[email protected]#SuperBowl#superbowladspic.twitter.com/GxLcW1rakx

This issue, like so many others, can be at least partially traced back to COVID-19.

Indeed said in a statement to USA TODAY Sports that its team "had to work through various COVID-19 situations" while shooting its commercial, which prompted its use of stock footage.

HELP PICK THE BEST AD:Sign up to be an Ad Meter panelist and vote on all the ads!

"One of the production shots had to be cancelled and we were able to fill a specific need through a content house," the company said. "Unfortunately, we weren’t able to confirm if other advertisers were able to use this clip, which is only about one second in duration. We do not plan to change the clip, or the ad, as the spirit remains the same, one of conveying hope and optimism to job seekers in their job search."

Guaranteed Rate did not immediately reply to an email seeking comment from USA TODAY Sports, but chief creative officer Charley Wickman told Adweek that his company also turned to stock footage with safety in mind.

"We wanted to take care of our people," Wickman told the trade publication. "We didn’t want to jeopardize our people any more than we had to. It’s really that simple."

The duplicate clip was licensed by a company called Filmsupply, which said it has seen the demand for its stock footage increase by more than 300% since the start of the COVID-19 pandemic.

WATCH THEM HERE: Watch all the Super Bowl commercials as they are released

Daniel McCarthy, the company's CEO, said in a statement that Filmsupply's footage has been featured in Super Bowl ads since 2015. In this case, he added, the company did not know either ad featuring this clip would be airing during the game.

"As a rights-managed licensing company, exclusivity is something we’re able to offer to our clients and, in some cases, even encourage – especially for Super Bowl ads," McCarthy said. "We would have strongly encouraged exclusivity here had we known it was planned for the Super Bowl."

While the average Super Bowl viewer will likely not even notice the footage, which will occupy a total of two seconds during the broadcast, it has prompted some clowning on social media. Popeyes spliced the clip into a 15-second ad for its chicken sandwiches on Twitter with the caption, "Does this mean we have an ad in the big game too, y'all?"