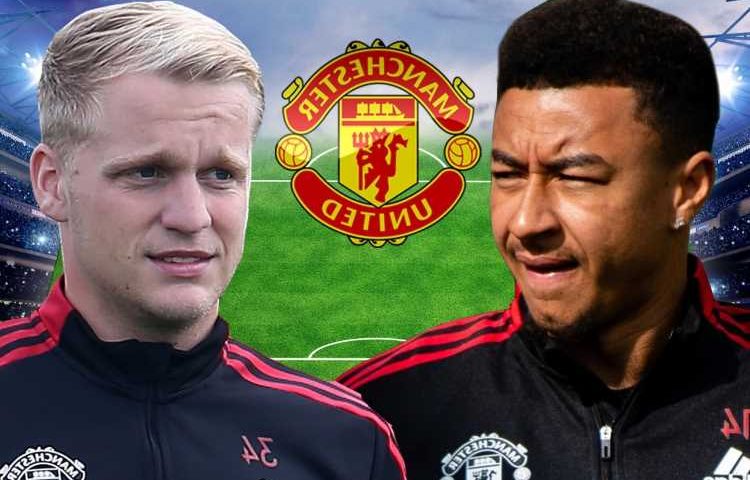 Ole Gunnar Solskjaer will ring the changes for the Carabao Cup third round clash with Jesse Lingard and Donny van de Beek expected to start at Old Trafford. 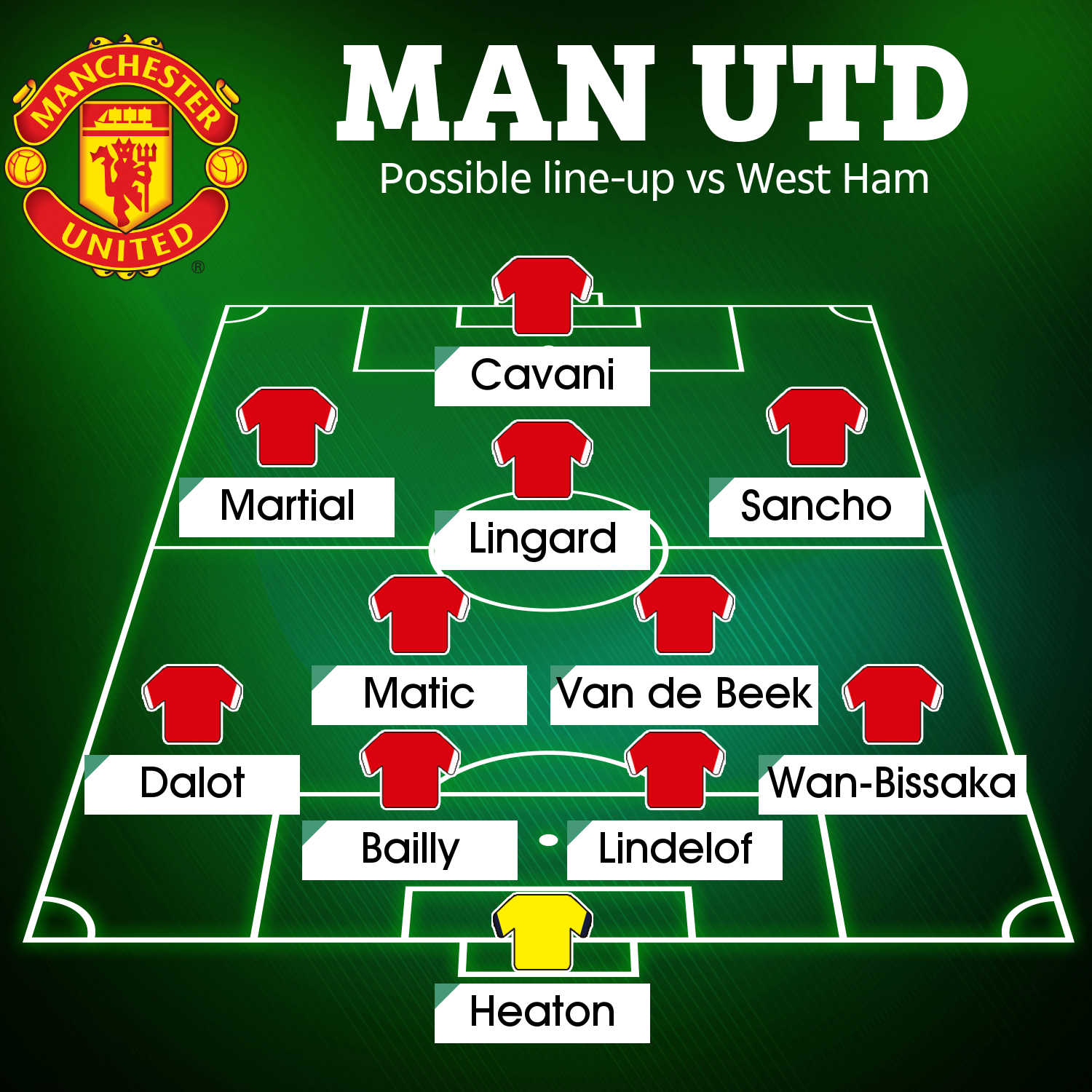 In the most dramatic end to a Premier League game so far this season, Lingard scored a late winner at London Stadium on Sunday to hand United a 2-1 win.

The playmaker was given a fantastic welcome by the home fans after his Hammers loan spell last season.

But he broke their hearts by smashing one into the top corner on 89 minutes.

West Ham were awarded a shock penalty just minutes later and spot-kick specialist Mark Noble was brought off the bench to take it.

But the club captain's weak effort was saved by David De Gea and the Red Devils took all three points.

David Moyes will be hoping for revenge against his old club on Wednesday but he will face a much changed United side. 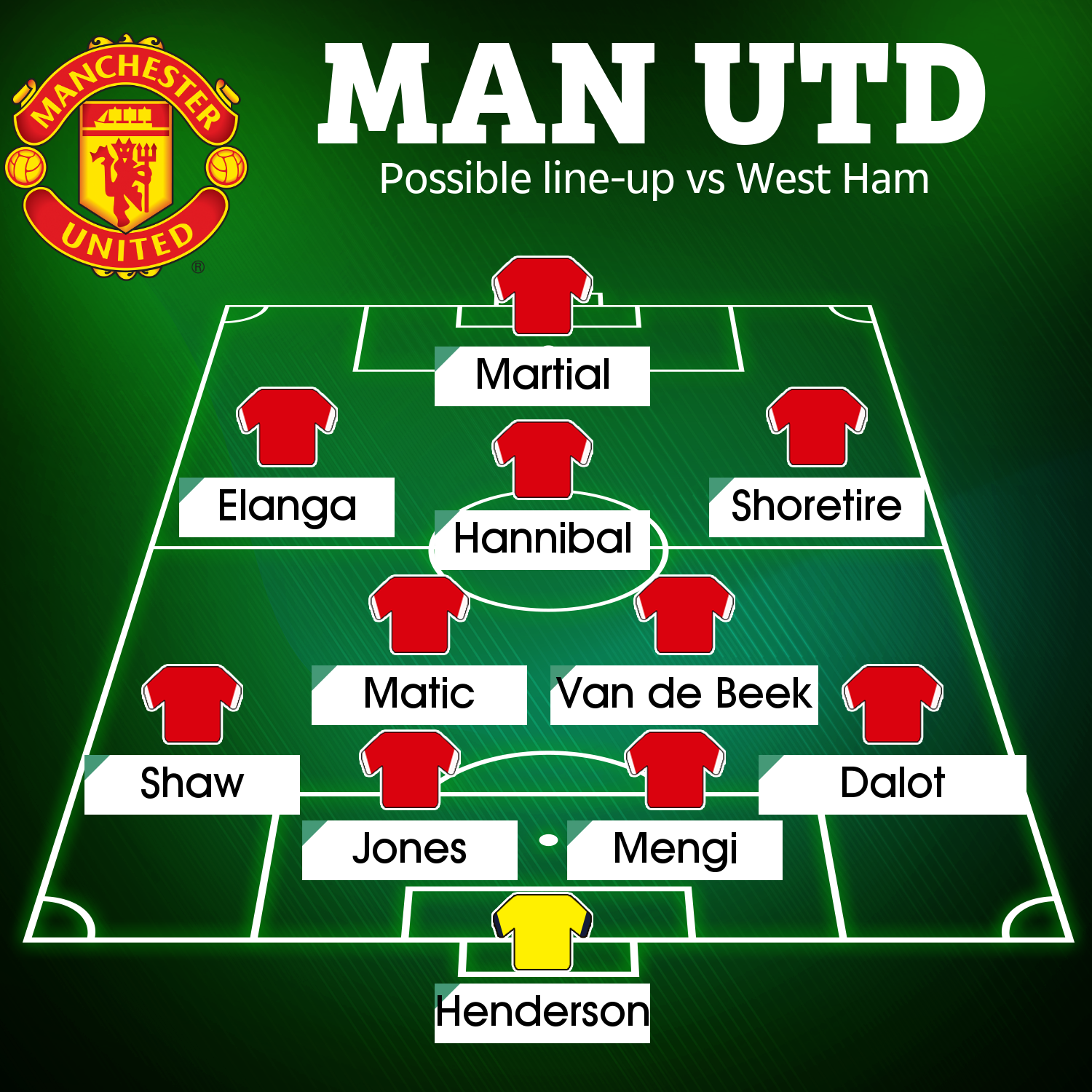 Tom Heaton is in line to start in goal with De Gea rested and Dean Henderson still re-building his fitness.

Diogo Dalot will occupy one of the full-back slots enabling Aaron Wan-Bissaka or Luke Shaw to have a rest.

Victor Lindelof could be given his place back alongside Eric Bailly in the heart of defence.

Nemanja Matic came off the bench on Sunday but should start next to Van de Beek ahead of Fred and Scott McTominay.

And Lingard – who has scored in his last two Prem outings – will play as a No 10.

Jadon Sancho and Anthony Martial are likely to start on the wings after periods out the starting XI.

And Edinson Cavani is set to lead the line.

However, Solskjaer also has some youngsters available to him and could give them some game time.

Teden Mengi, Hannibal, Shola Shoretire and Anthony Elanga are all in with a shout.

And Phil Jones – who has been playing for the Under-23s – is working hard to regain a place in the first team squad.