The Belgian sent the ball through David de Gea's legs to equalise for the league-strugglers in the second half. 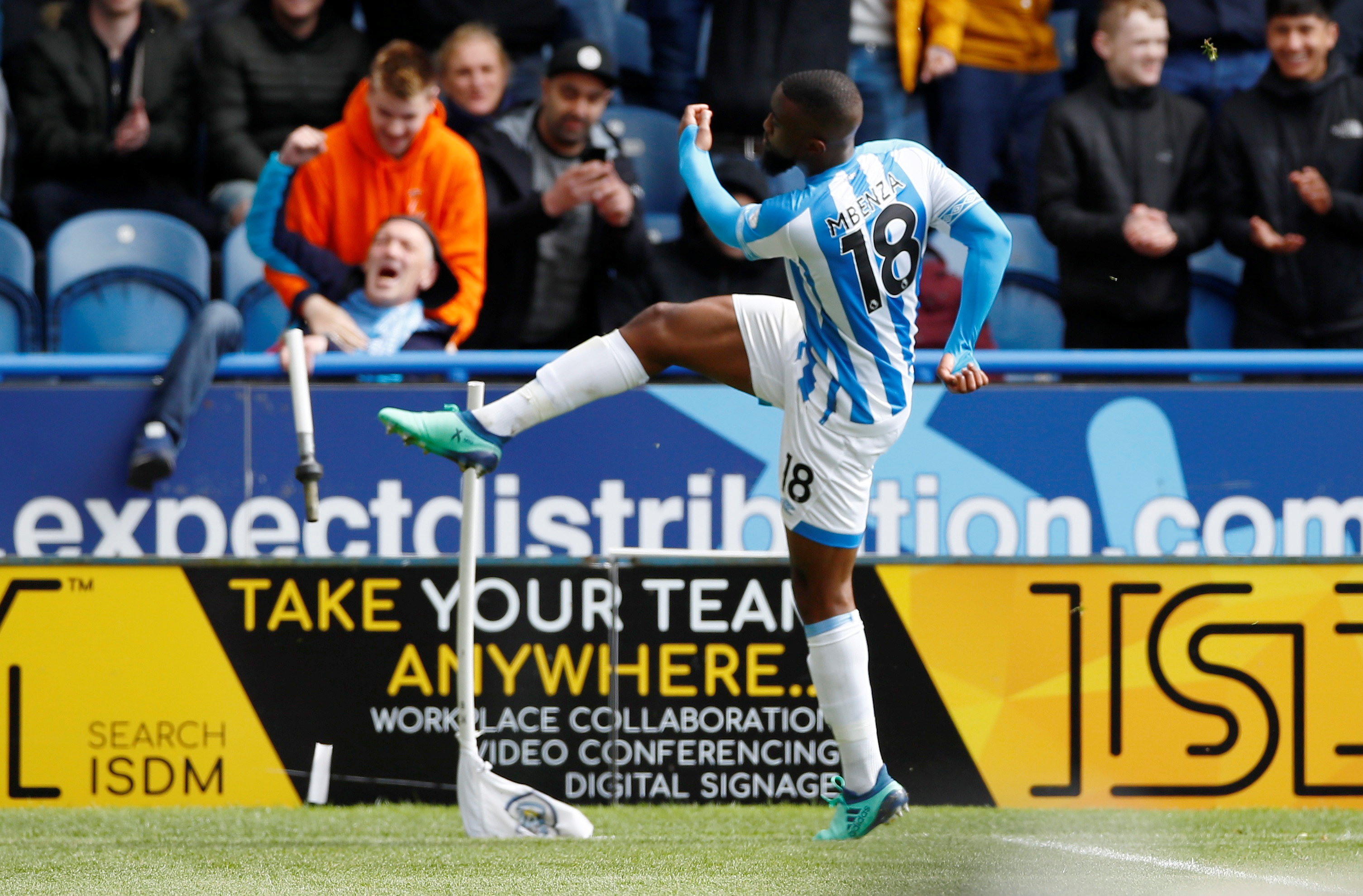 United were caught on the break as Mbenza scored Huddersfield's tenth home goal of the season.

And as it was also his first ever in a Terriers shirt, he couldn't contain his excitement.

The Belgian run towards a corner flag and then broke it with a kung-fu kick.

And his goal celebration caused quite a lot of troubles to ground staff, who struggled to find a replacement.

Referee Lee Mason was unable to restart the game for about five minutes.

But once the flag had been fixed, loud jeers roared from the stands.

Courtesy of Mbenza, Huddersfield have avoided to become the only side in top-flight history to reach double digits for home goals in a season.