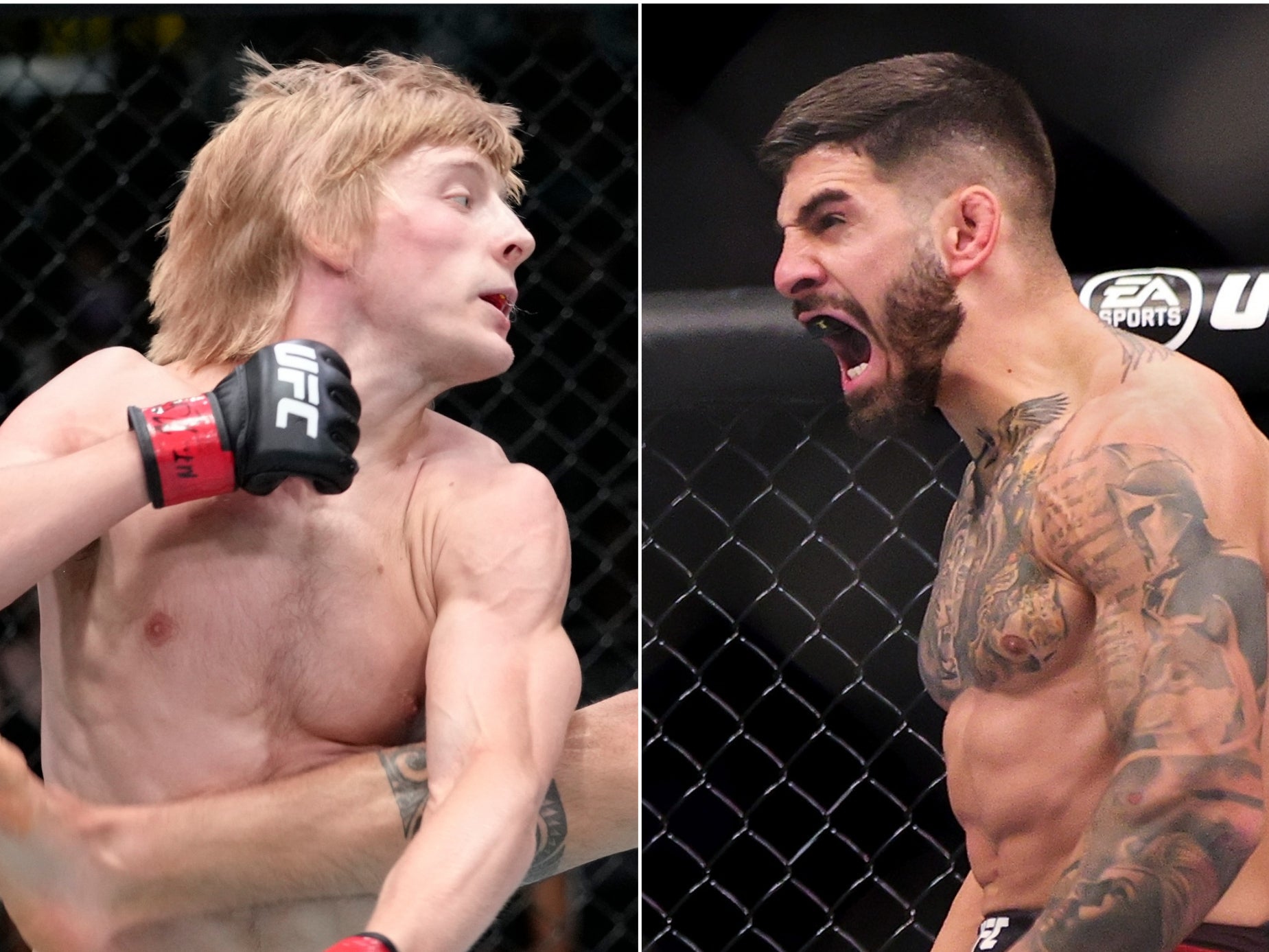 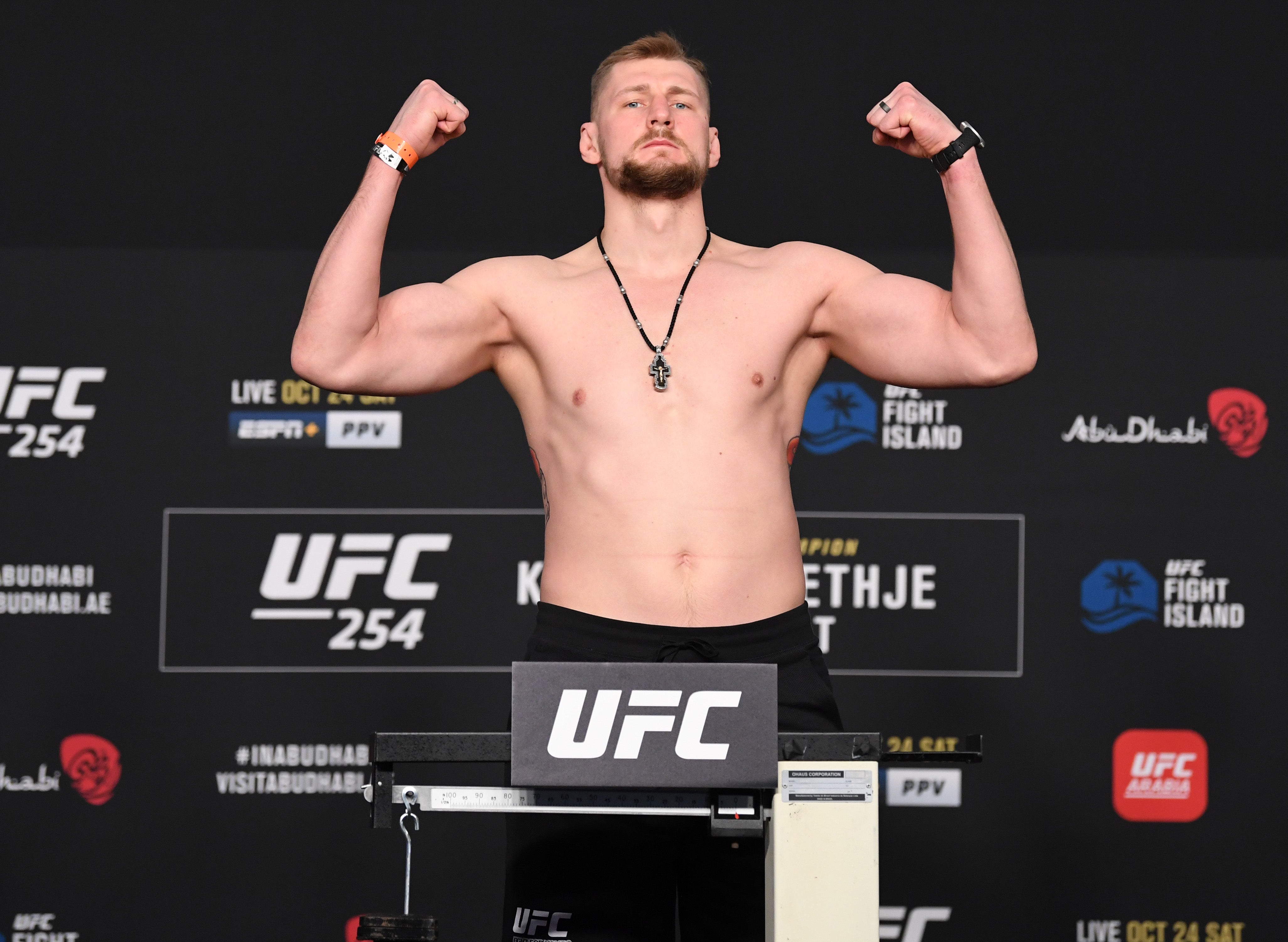 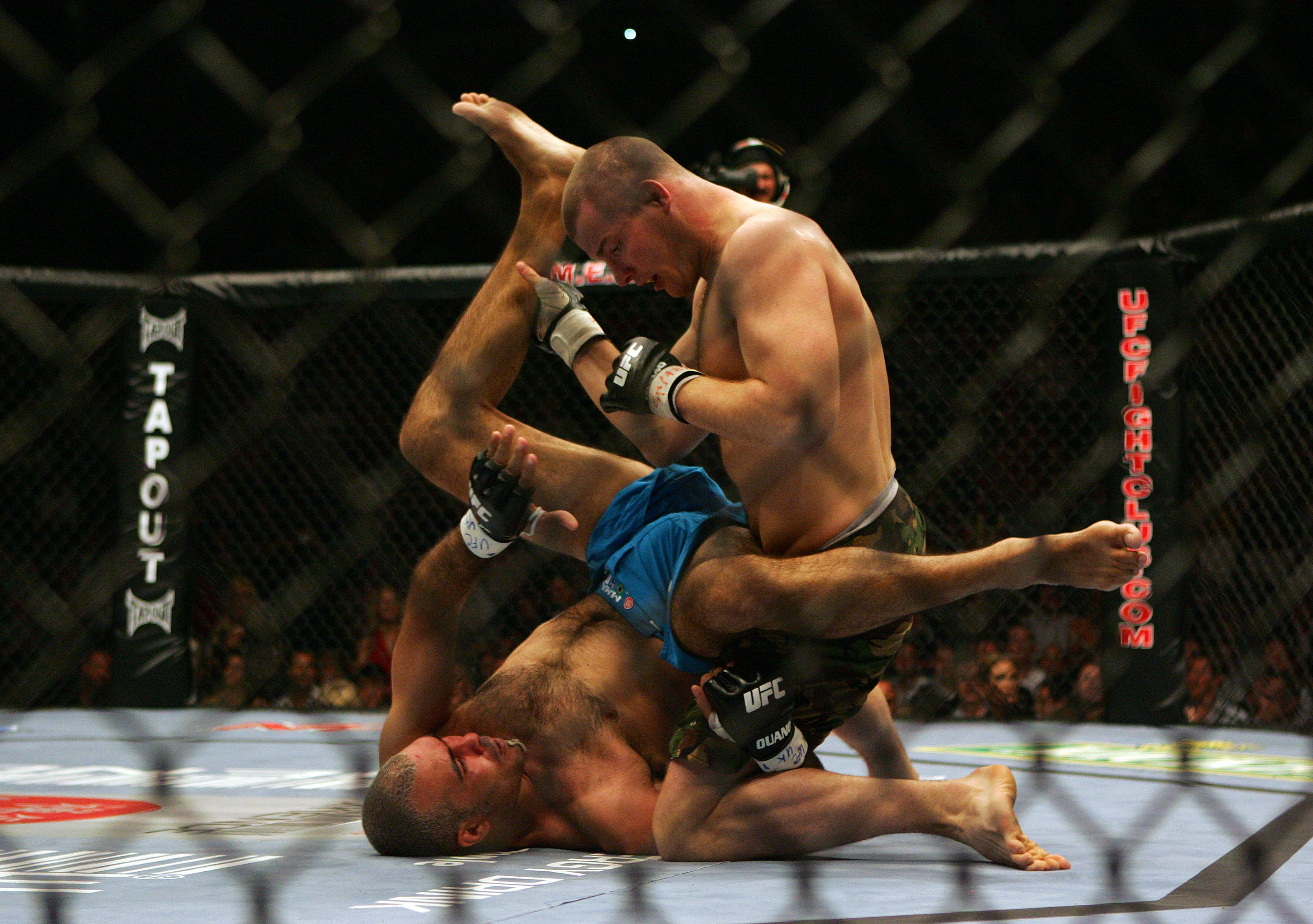 Bisping’s second fight in the UFC and first in the UK under the promotion’s banner. At the Manchester Arena, the Briton stops Sinosic in the second round with punches and hammer fists to the grounded Australian.

“The first thing that comes to mind is when I walked out at the Manchester Arena, when I came out of the locker room into the arena. The noise.

“That was the first time I realised that people in the UK were paying attention to what I was doing. This was all before social media, so you didn’t know [how well known you were].

“I walked out there and the arena erupted. I’ll never, ever forget it.”

Bisping’s first time fighting in London while on the UFC roster. At the O2 Arena, the “Count” overcomes Hamill with a controversial split-decision win over three rounds.

“That was one where I was very lucky to get the decision. It could have gone either way, but that wasn’t my attitude at the time. That was a much younger Michael Bisping, it was a heated rivalry with Matt, we didn’t get along. It was just a competitive rivalry, that’s the only thing it stemmed from. We both fought we were better than the other. I kind of acted regrettably back then, I did.

“In the Sinosic fight, the crowd went crazy when I came out, and I sprinted to the Octagon like a psycho on all the adrenalin. I could’ve lost that night, and after that I thought: ‘I’ve gotta be mentally prepared for that, I’ve gotta be ready because it’s probably gonna happen again in London.’

“So, this time I went way the opposite way to be really, really calm. When I walked out, it was like I was going for a stroll on a Sunday; I was waving, blowing a kiss at my wife, ‘Hey, what’s up Dana [White, UFC president]?’ Then, boom. Fight. This guy is smacking me about, I was getting the crap beat out of me. It was only in the second round that I was like: ‘F***, I better get my a** in gear.'”

For the first time, Bisping main events a UFC card in the UK. He emerges victorious on points at the Birmingham Arena, extending his win streak to three to edge closer to a shot at the middleweight belt.

“He actually collapsed backstage and had to be taken to the hospital, God bless him. One of the UFC staff mentioned it to me.

“That fight was kind of pivotal, because I was cruising towards a middleweight title fight, and I was told that if I win that fight, I’m gonna be a coach on the next season of The Ultimate Fighter. Obviously I wanted to do that as I’d been on the show as a fighter.

“After the fight, one of the UFC executives kind of apologised, like: ‘We shouldn’t have told you that, that’s a lot of pressure.'” 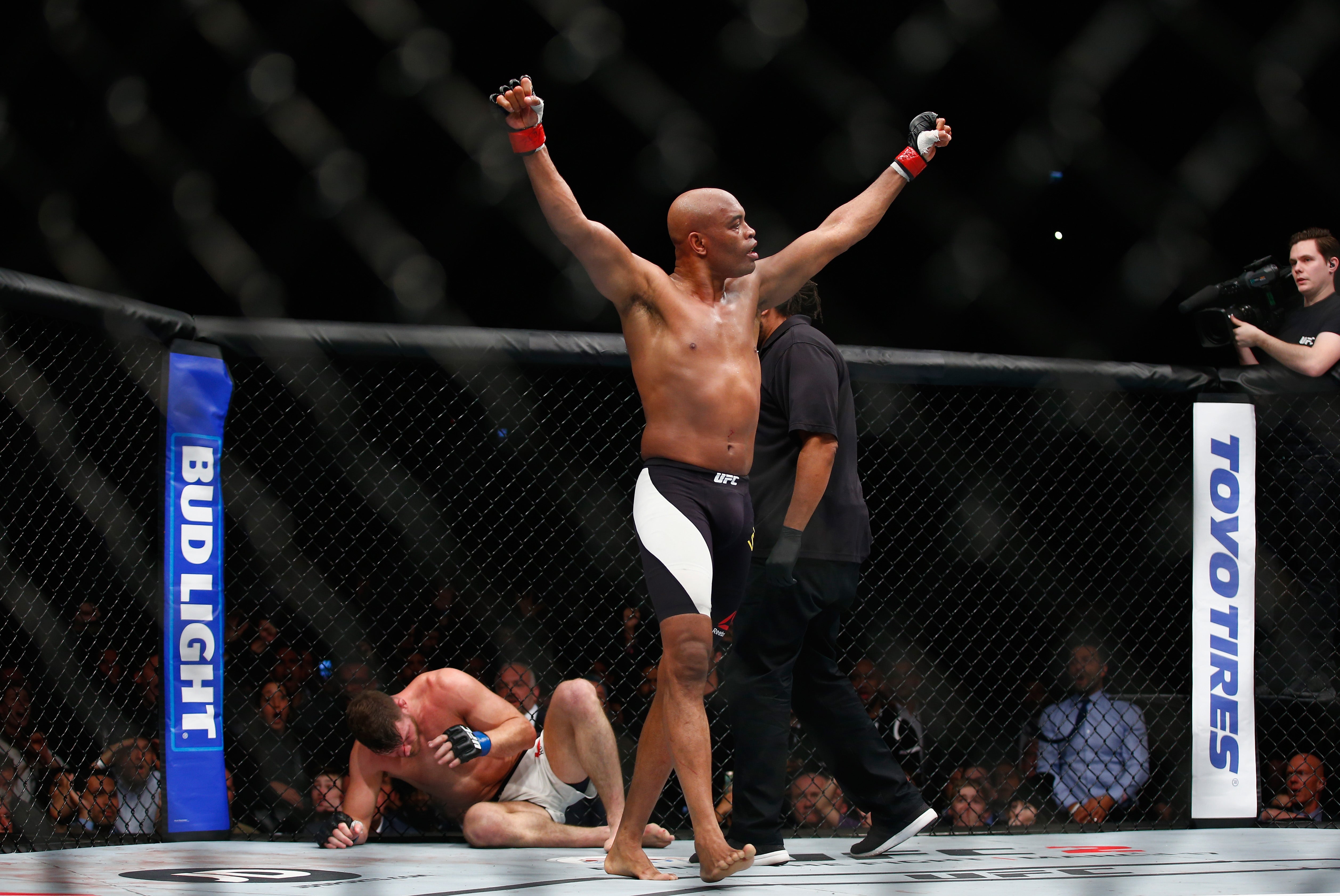 Bisping beat Silva under the most remarkable of circumstances

Main eventing in London again, Bisping takes on the consensus greatest middleweight in MMA history. Bisping seems to be ahead on the cards through three rounds, but his mouthguard falls out at the end of the third and – while asking referee Herb Dean to pick it up for him – the Briton is hit with a massive flying knee from Silva.

It lands as the buzzer sounds, Bisping collapses to the mat, and Silva – thinking he has won via KO – climbs atop the cage to celebrate. His celebrations are cut short, the fight resumes, and Bisping remarkably goes on to win the bout on points.

“As we know now, this [right] eye doesn’t work. So, when I turned to Herb, I couldn’t see Anderson. When I looked back, Anderson was mid-air. God bless him, I took my eye off the ball – pardon the pun.

“A lot of people are like: ‘Bisping was knocked out, how did he win?’ I wasn’t knocked out! But my face was busted open, I had cuts everywhere, blood flying all over the place. To be honest, I don’t have any recollection of the fourth round whatsoever. I was just fighting on pure heart at that point. I had a good round, I put together some nice combinations.

“It’s not really: ‘That was such a bad knee, I don’t remember the fourth round.’ A lot of the time, I wouldn’t recall my fights until I watched them back, just because it’s such an adrenalin-fuelled situation.”

Bisping avenges the most haunting defeat of his career – a brutal knockout by Henderson from 2009 – by outpointing the American in a main-event war. The fight marks Bisping’s first – and only successful – defence of the middleweight title.

“The UFC, every time I had a tough fight, insisted I go to the hospital. I would always refuse and say: ‘I wanna go party, see my family, not sit in a cold, lonely hospital at 1am. After I fought Henderson in Manchester, I looked like I’d been in a car crash.

“I remember it was 6am, I was standing in my underpants – my face absolutely smashed to pieces, my orbital bone fractured, they wanted to put a metal plate in it. Dana insisted I go to the hospital. He would not let me off the hook. I said: ‘I’m fine.’ He said: ‘Yeah? Well you don’t f***ing look it.’

“The name Shrek springs to mind, but it’s great, it’s beautiful. That’s me pouring my heart out to everyone and thanking them for supporting this idiot from Clitheroe, because I wouldn’t have had the career I had without the British public behind me. I took them on quite the ride – some ups and downs, I acted regrettably at times and for those I apologise. But I was maturing on air, if you will. 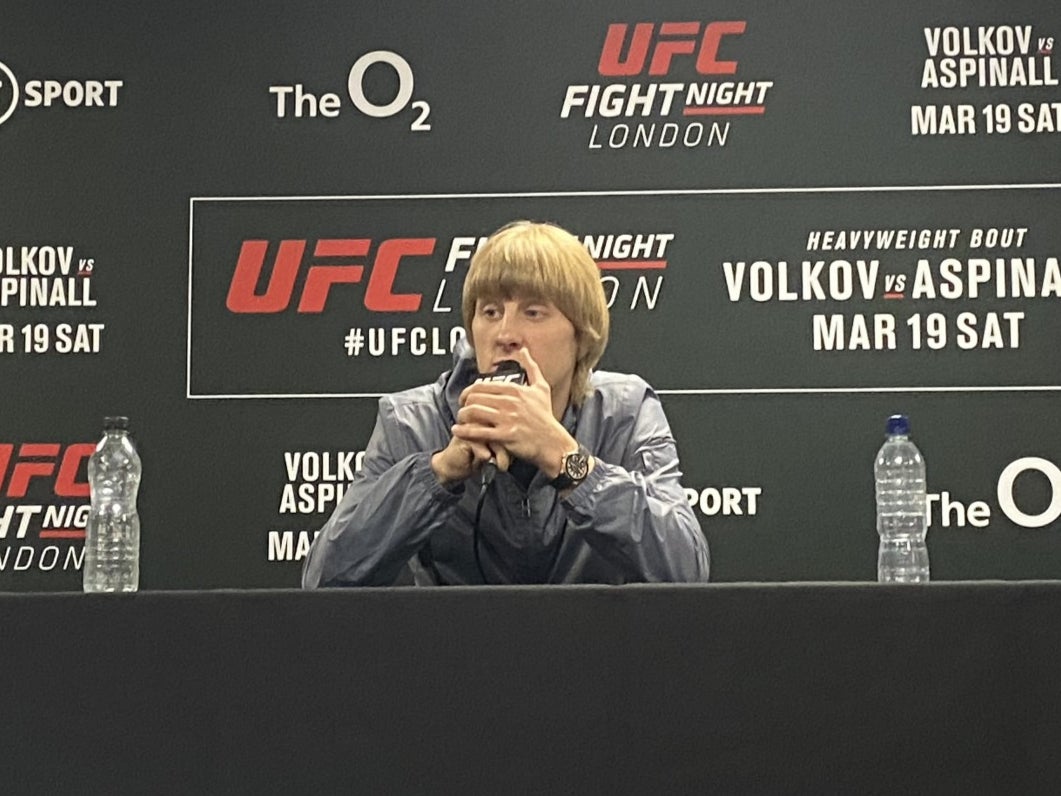 “I was never the smartest guy in the world; I’m far from an idiot, but I made plenty of mistakes over the course of my career. But the British always stuck with me. I had the losses, and they were still in my corner – that’s partly why I was undefeated in the UK. It blew my mind.”

BISPING: THE MICHAEL BISPING STORY is available to own or rent on digital from 21 March