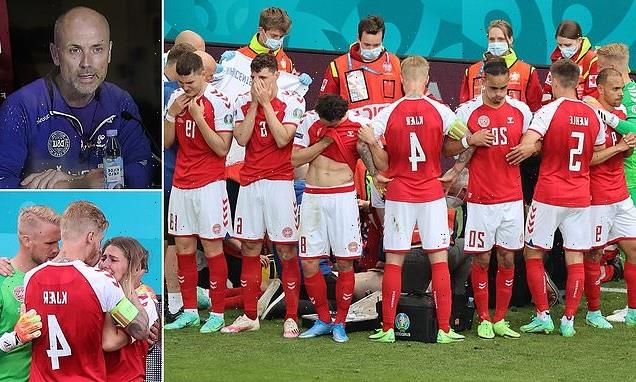 ‘I think you’re feeling worse than I am!’ Christian Eriksen’s astonishingly upbeat message to teammates from his hospital bed just ONE DAY after his horrific mid-game cardiac arrest

Christian Eriksen called his teammates from his hospital bed to tell them ‘I think you are feeling worse than I am’, just one day after suffering a cardiac arrest on the pitch.

In a video call from Eriksen to the team Denmark boss Kasper Hjulmand said the 29-year-old Inter Milan midfielder reassured the group that he was ‘more concerned’ about them.

Eriksen is in a stable condition in hospital after collapsing on the pitch shortly before half-time of Denmark’s opening Euro 2020 group game against Finland in Copenhagen on Saturday.

Medics gave the player emergency treatment and were able to save his life using CPR and a defibrillator.

Hjulmand said: ‘Christian was concerned about us and his family. He said, “I don’t remember much, I’m more concerned about how you guys are doing. I think you are feeling worse than I am. I feel as if I’m about to go training now, boys”.

‘That’s typical Christian. He’s a hell of a player, but what a person he is as well. 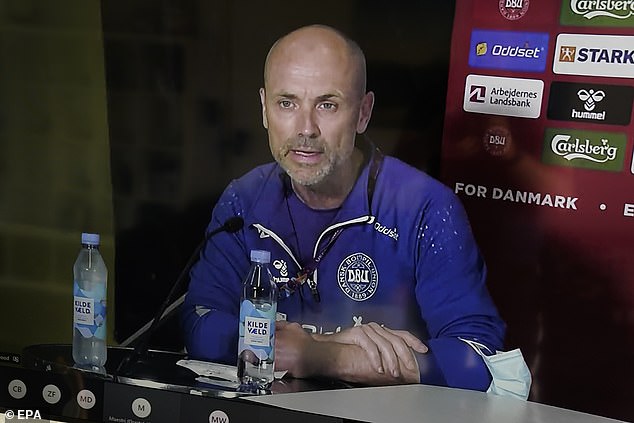 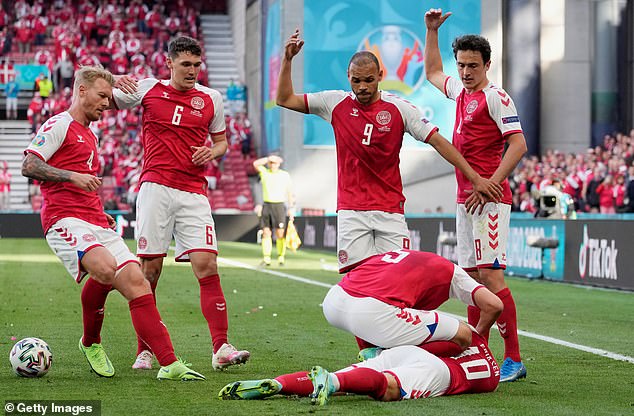 ‘He would like us to play. It was good to see him smile and we will try to get ourselves together and play for Christian.

‘We will try to establish normality as much as possible. Maybe, for some, the time is too short to play football again, but maybe we can use it as a force to get together.’

‘We did cardiac resuscitation, it was cardiac arrest. How close were we? I don’t know. We got him back after one defib so that’s quite fast. We don’t have an explanation why it happened.’

WHAT IS A CARDIAC ARREST? HOW IS IT DIFFERENT FROM A HEART ATTACK?

A heart attack is when one of the  coronary arteries becomes blocked. The heart muscle is robbed of its vital blood supply and, if left untreated, will begin to die because it is not getting enough oxygen

Eriksen’s distraught team-mates formed a protective ring around the stricken player as he received treatment and have been given counselling to help them cope with the ordeal.

Peter Schmeichel, the father of Denmark goalkeeper Kasper, branded UEFA’s decision to make them complete the game later in the day as ‘absolutely ridiculous’ after Finland eventually won the Group B tie 1-0.

Hjulmand agreed that it was unfair to make his players choose between restarting it on Saturday night or at noon on Sunday.

‘It’s very difficult but, looking back, I think it was the wrong thing to make the decision between the two scenarios,’ said Hjulmand.

‘Players who were in a shock condition, players who didn’t really know yet if they had lost their best friend and they had to decide between these two things. Maybe we should just have got on the bus and gone home.

‘It was a tough message that the players had to make a decision. I had a sense it was wrong that they were given this situation.’

Denmark must now prepare for their second game of the Euros against Belgium at the same venue on Thursday, although Hjulmand said that speaking to Eriksen via videolink had helped his players.

Eriksen’s collapse in what was his 66th game in a year since football restarted after the pandemic came hours after players’ union FIFPro expressed their concerns over the physical toll of playing too much football. 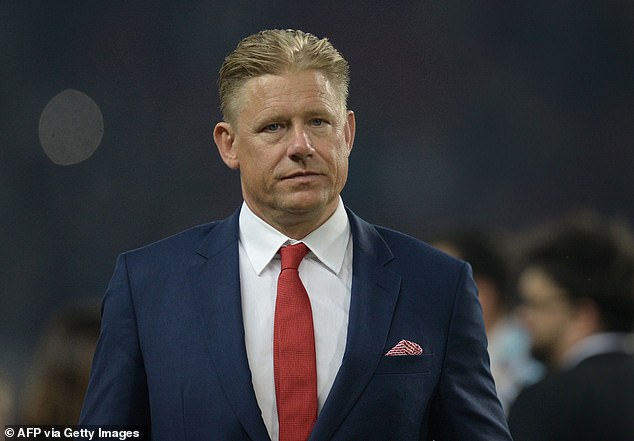 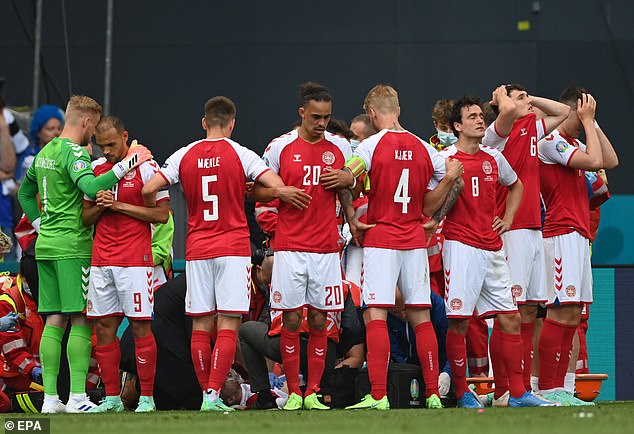 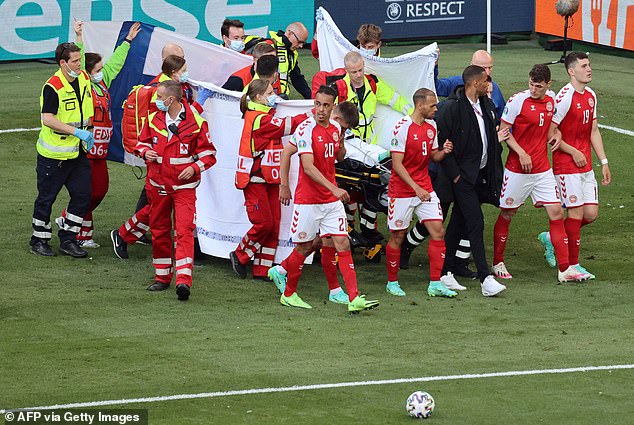 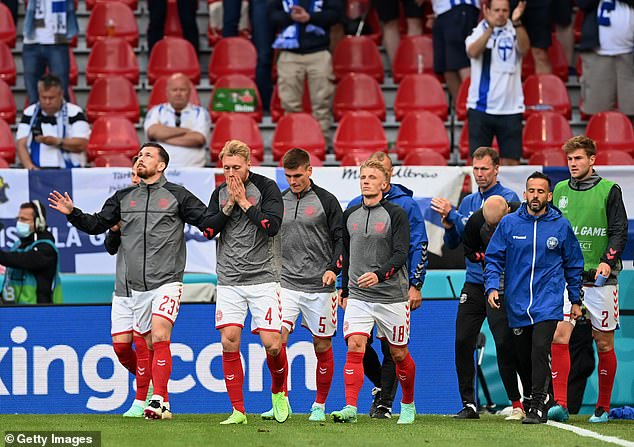 In a statement on Twitter, the Danish FA said: ‘Latest news: this morning we have spoken to Christian Eriksen, who has sent his greetings to his team-mates.

‘His condition is stable and he continues to be hospitalised for further examination. The team and staff of the national team have received crisis assistance and will continue to be there for each other after this incident.

‘We would like to thank everyone for the heartfelt greetings to Christian Eriksen from fans, players, the royal families from both Denmark and England, international associations, clubs.’

‘For me, he was a key person during this event. I felt he was a very calm character. I felt he was fantastic, the way he dealt with it. A big credit to him and his colleagues.’