After lining up alongside New Zealand's rugby stars in Cardiff last week the YouTuber has now been snapped next to the Japan squad before Saturday's game against Ireland in Dublin. 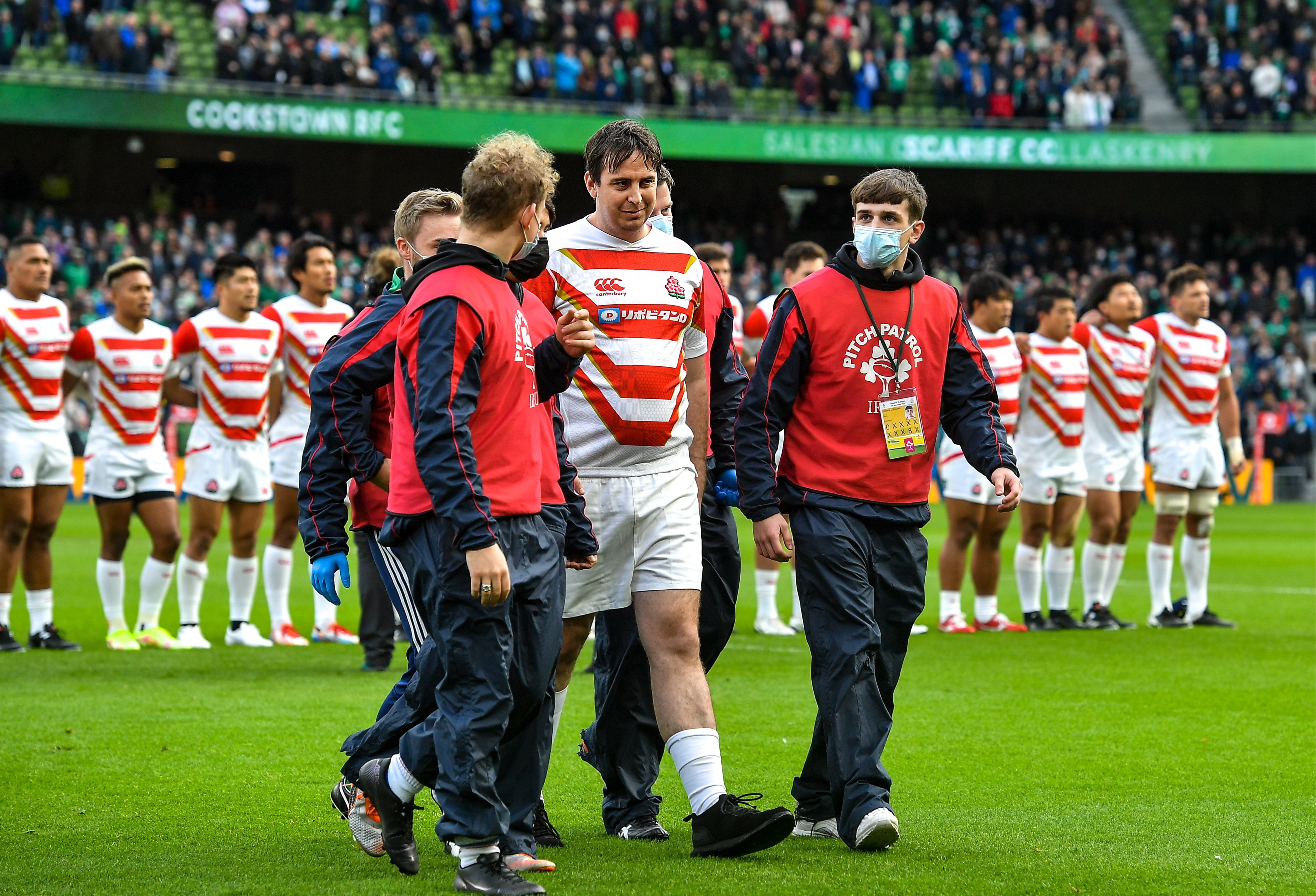 As he did at the Principality Stadium, Jarvo lined up at the end of the Japan team as they prepared to sing the national anthem.

As has become a staple of his stunts, he was wearing a Japan kit with 'Jarvo 69' on the back.

But questions must be asked about security at the Aviva Stadium with the prankster not being escorted off the field until the Japanese anthem was over.

It's the troublemaker's SIXTH stunt of the year after he previously interrupted three England cricket matches, an NFL game and the rugby last week.

And while fans initially saw the funny side back in the summer, Jarvo's repeated antics seem to have run their course.

After his latest stunt, one fan said: "It's not funny anymore Jarvo."

While another tweeted: "Surely I'm not the only one completely over Jarvo?"

Idiot fan Jarvo initially made headlines in the summer after breaching security and pitch invading at THREE England's cricket matches against India.

His first stunt came during the second Test at Lord’s as he came on to the field with the India players.

Then at Headingley in the third Test, he walked out to bat with pads, gloves and helmet when England lost a wicket.

His final cricketing stunt involved hurdling the perimeter advertising and dashing to the middle at the Oval – for which he was arrested.

Following that he came on to the pitch during the NFL game between the Jacksonville Jaguars and the Miami Dolphins at Tottenham Hotspur Stadium last month.

And now he's pulled two rugby pranks in the space of a week.