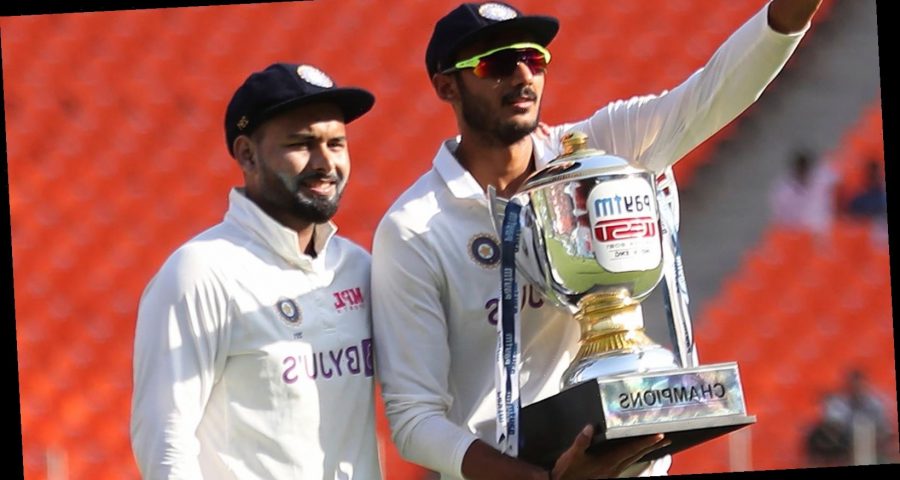 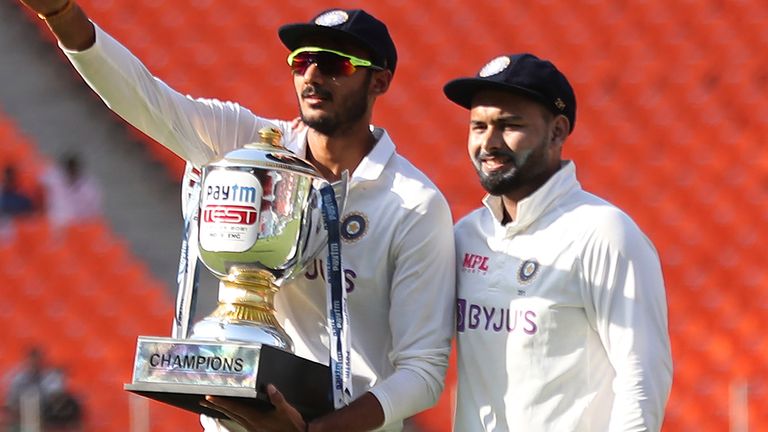 “Our bench strength is as strong as it has ever been,” said a beaming Virat Kohli in the immediate aftermath of India’s Test series win over England.

It is hard to argue with Kohli’s assertion. India’s squad depth was one of the key reasons – allied with England’s inability to bat against spin and struggles to contain India’s batsmen while bowling it – why the hosts were able to rally from a thumping defeat in the first Test and reel off three victories in a row to extend their winning run in home Test series to 13.

A lot has been made of England being depleted – much of that down to their controversial rest and rotation policy which saw players such as Jos Buttler miss chunks of the series – but India were not at what you would deem to be full strength either.

Left-arm spinner Ravindra Jadeja missed the whole of the series due to a fractured thumb. Fast bowler Mohammed Shami was absent with a broken wrist. Star seamer Jasprit Bumrah was rested for the second Test and sat out the fourth and final game for personal reasons.

Yet, their absences were not felt that greatly by India, with those who stepped in doing so to great effect – and creating quite the selection headache for Kohli when everyone is fit and firing again. 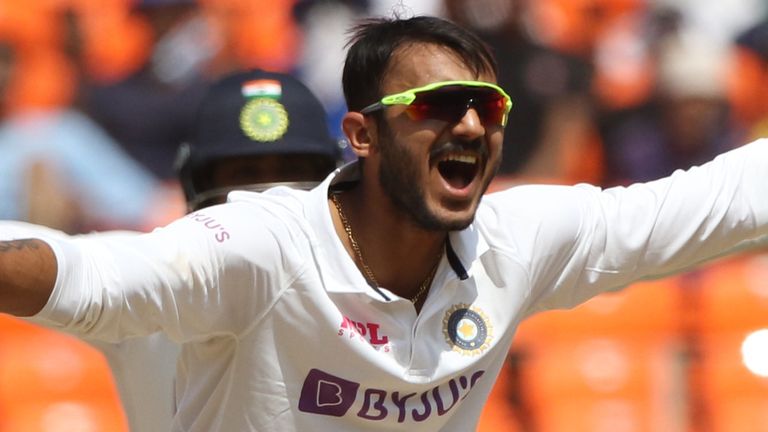 Jadeja looked like being a huge miss for the hosts, partly because he is a superb fielder and valuable batsman down the order but mainly because he bowls left-arm spin, something England had floundered against in Sri Lanka, albeit during a series win, as Lasith Embuldeniya snared 15 wickets.

Jadeja’s initial replacement as left-arm spinner was Shahbaz Nadeem but he was given the chop after just one match having struggled in the series opener in Chennai as England racked up 578 in their first innings.

England would not get anywhere near that score again on tour, in large part due to Jadeja’s second replacement as left-arm spinner, Axar Patel, who enjoyed a start to his Test career he could scarcely have dreamed of.

The 27-year-old devastatingly exposed England’s frailties against spin bowling, predominantly with balls that didn’t actually turn, as he claimed 27 wickets in three Tests at an average of 10.59. Only two bowlers in the history of the game have been more prolific across their first three Tests – India’s Narendra Hirwani (31 wickets) in 1988 and Australia’s Charlie Turner (29 wickets) across 1887 and 1888 – with Axar snaring five-wicket hauls in four of the six innings in which he bowled.

Speaking after the pink-ball third Test, in which Axar took match figures of 11-70 as India demolished England inside two days, Kohli said: “When Jadeja got injured, I am sure a lot of people were relieved [from an England perspective] but this guy comes in.

“He probably bowls faster than Jaddu and from a greater height. It is impossible to sweep him, impossible to defend him all day. If the wicket gives him anything, he is lethal.”

Batting-wise, it wasn’t a vintage series for India. Kohli averaged under 30, Cheteshwar Pujara a little over 22 and Ajinkya Rahane below 19, with the bulk of the run-scoring done by Rohit Sharma, Rishabh Pant (more on him later) and another member of India’s much-vaunted “bench strength”.

Washington Sundar hit an unbeaten 85 in the first Test but then a far-more-important 96 not out in the fourth after England, inspired by tireless bowling from Ben Stokes, had dragged themselves back into the game. 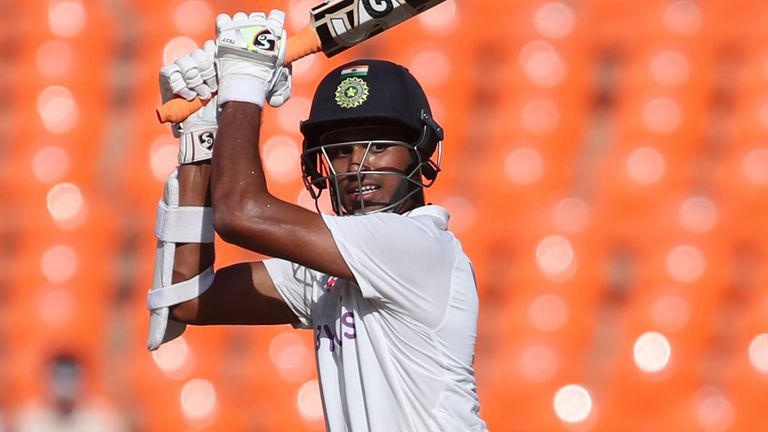 Sundar came to the crease with India 146-6 in their first innings, trailing England by 59. By the time he strolled off – having been stranded four short of a maiden Test hundred after a run out and Stokes wiped out India’s last three wickets for no runs – the hosts had a lead of 160.

The 21-year-old looked a No 8 batsman in position only with the crisp shots, nifty footwork and calm demeanour of a top-six batsman, something which in time he may turn out to be in this India Test team. The way he played was a lesson for England’s frazzled batsmen.

Of course, Sundar didn’t carry out India’s middle-order recovery on his own. Later on, he had Axar for company in an eighth-wicket stand of 106 and before that he played second fiddle in a seventh-wicket stand of 113 with the box-office Pant (101 off 118 balls).

The partnership between Axar Patel and Washington Sundar comes to an end, with India's excellent lower order strength having pulled them well ahead in this match. This is the first time in a Test innings India have recorded century stands for both the 7th and 8th wicket. #INDvENG

Pant, 23, was part of India’s bench strength heading into that famous Test series win in Australia a few months ago – Wriddhiman Saha preferred as wicketkeeper-batsman for the first Test in Adelaide.

But with India skittled for their lowest-ever Test score of 36, and Saha managing just 13 runs across two innings, Pant returned.

He has not looked back since, averaging 60.44 in seven Tests, with three swashbuckling half-centuries – including one in Brisbane that wrapped up an astonishing series win for India as they inflicted a first Test defeat on Australia at The Gabba since 1988 – and a spellbinding ton.

That century came during his stand with Sundar against England, with Pant showing his full array of attacking strokes, but not before displaying a sound defensive game, too. The left-hander took 82 balls to reach fifty as he sat in amid some excellent bowling from Stokes and James Anderson and then reached three figures 33 balls later after flicking the switch.

A swept six off Joe Root took him to his hundred but a reverse-lap for four off Anderson against the new ball was the shot that everyone was talking about afterwards following an innings of brain and brawn.

“The idea was exactly this: to have youngsters who come in and perform with fearlessness, take the situations on,” continued Kohli at the fourth-Test presentation as he purred over Axar, Sundar and Pant.

“These are the kind of situations where individuals stand up and say, ‘okay, I’m going to make a mark and be that player who can be counted on.’ That is what exactly what they have done.”

India have had young players doing that for months, starting when an injury-ravaged side also shorn of Kohli due to paternity leave triumphed against all odds in Australia. Take the final Test in Brisbane, for example, when India’s bowling attack heading into that match had just four previous caps between them.

Mohammed Siraj was the most experienced with a whopping two games under his belt. Shardul Thakur and Navdeep Saini were playing only their second Tests. Sundar and T Natarajan were making their debuts having arrived on tour as net bowlers.

Yet, they combined to dismiss Australia for 369, with Sundar, Thakur and Natarajan picking up three wickets each and then, with India 186-6 in reply, Thakur and Sundar shared a seventh-wicket stand of 123 as the tourists battled up to 336.

Then Pant and Shubman Gill – another man playing in his first Test series – scored key half-centuries in the successful run chase of 328 as India pulled off one of Test cricket’s most famous triumphs.

The last few months have been glorious for India, though England will be hoping to exact revenge in the return series this summer when Kohli’s side arrive for five Test matches. Root’s men beat India 4-1 at home in 2018 but Sky Sports‘ Rob Key says it could be different scenario this time around. 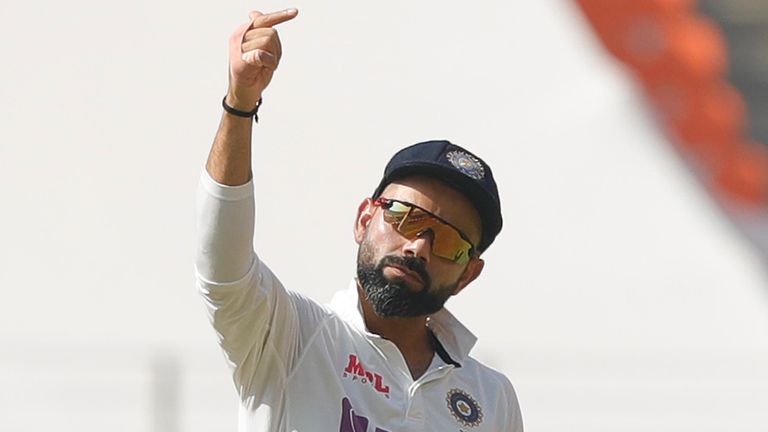 Speaking on the Sky Sports Cricket Podcast – which you can download here – Key said: “That is going to be a brilliant series and I am not sure who I have got as favourites. Maybe India. There is absolutely no guarantee we will beat them in England. Look at India’s seamers – Bumrah, Shami, Ishant Sharma. They have a bowling line-up for all conditions and back-up. That’s what great eras and teams are made of. It’s the best India side I’ve seen.”

England’s red-ball depth is just not as strong as India’s, perhaps most cruelly emphasised by Dom Bess’ struggles over recent weeks. You’d be hard-pressed to question his commitment but he doesn’t yet appear ready for the role of frontline spinner in Test cricket.

Bowling spin and batting against it are issues for England that are not going away and, while trying to fix that, the authorities could seemingly do a lot worse than listen to a potential remedy put forward by Test captain Root. Do all you can to make County Championship games last longer so that players are able to generate a broader range of skills. 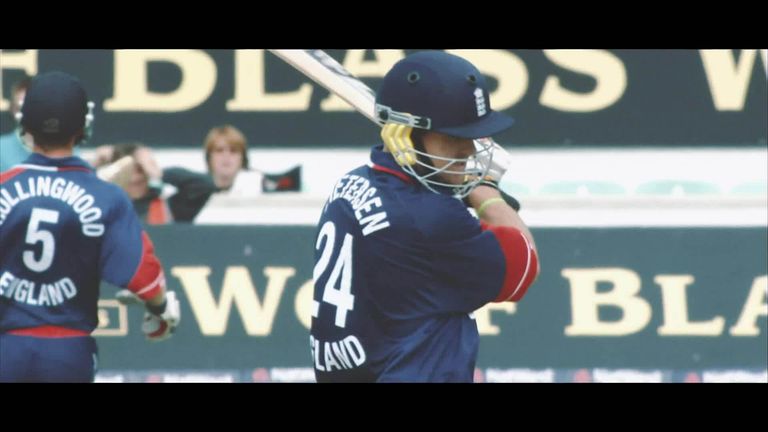 For now, though, England are switching from the red ball to the white as they play India in five T20 internationals and three one-day internationals, all live on Sky Sports Cricket, starting with Friday’s T20 opener.

There are no such fears about reigning 50-over World Cup champions England lacking depth in limited-overs cricket, with their batting reserves so rich, for example, that they can afford to continue Alex Hales’ international exile. Plenty of sides around the world would not have the luxury.

But India are also packed with options, with IPL standouts Suryakumar Yadav, Ishan Kishan and Rahul Tewatia hoping for their first taste of international cricket after being named in a 19-man squad.

Yes, Bumrah and Jadeja are missing but if the last few months, both in Australia and at home, have taught us about anything about India it’s that you don’t take their bench strength lightly.

Watch England’s five T20 internationals and three one-day internationals against India live on Sky Sports Cricket. Our coverage of the first T20 gets going at 12.30pm on Friday.