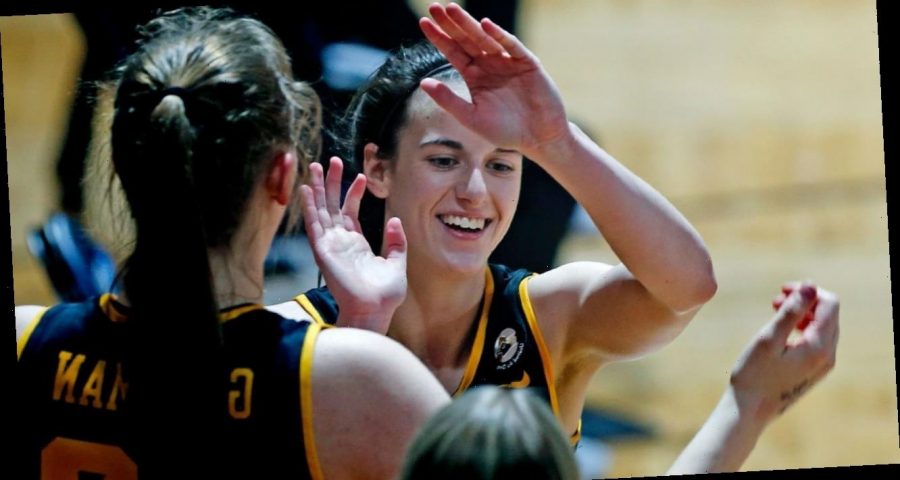 SAN ANTONIO — Under the low ceilings and yellowish lights of Bill Greehey Arena, a small 3,800-seat Division II gym, the old-school analog scoreboard ping-ponged back and forth for most of the first half.

But with a couple free throws in the closing seconds, Iowa Hawkeye super freshman Caitlin Clark took the lead for good.

Iowa led by 49-22 as Clark’s supernova first half — featuring six 3s — powered the Hawkeyes to the Sweet 16, cruising in the second half to an 86-72 win over 4-seeded Kentucky.

“I was feeling my shot early there in the first half, so when it’s going,” Clark said, “you just keep shooting it.”

Clark, who led the nation in scoring at 26.7 points per game, finished with 35 on 13-of-21 shooting, a record for most points by a Hawkeye in the NCAA tournament. She dazzled in the first half with deep 3s as Iowa jumped out 11-0 in the opening minutes.

It was something Iowa coach Lisa Bluder had a feeling might be coming. At shootaround Tuesday morning, Clark walked up to Bluder with a message: ‘This is a shooter’s gym.’

Iowa played their opening game at the cavernous Alamodome, a stark contrast to the small gym they played in on Tuesday.

“I really liked the court, obviously. It kind of seemed almost like a high school court in a way,” Clark said. “The lighting was fine, I didn’t really notice.”

Lost in Clark’s eruption was the Hawkeyes’ stout defensive performance, something Clark said was their best of the year. Known for being an offensive team — they ranked dead last in Division I in scoring defense — the Hawkeyes locked down on Kentucky.

“You look at our team at the beginning of the year, nobody had us even receiving votes in the top 25,” Bluder said. “And we just kept believing in ourselves. I’m so happy for my team. We’re a young team and we’re going to build on this.”

Clark mentioned the underdog mentality the Hawkeyes have played with throughout the season, overcoming expectations to land in the tournament as a 5-seed. It sets up a possible tantalizing showdown with No. 1 seed UConn in the Sweet 16, which features a fellow freshman phenom in Paige Bueckers.

“I think me and Paige would give you the same answer: It’s not Caitlin Clark vs. Paige Bueckers, it’s Iowa vs. UConn,” Clark said. “Going up against her would obviously be a great opportunity. Obviously a good friend of mine. A tremendous player. But we would both say, we’re not going to win it alone, no matter who wins that game.”

Clark’s rise hasn’t been sudden, but to many in the country, this is her introduction. She was one of the nation’s top recruits, but other freshmen, like Bueckers, have drawn more attention, though Clark is unbothered. She resists comparisons to Bueckers and like she does on the court, defers to her teammates as much as possible.

“I’m just so impressed with her mental maturity. To come into a situation where you’ve been identified as one of the top freshmen in the country, second team All-American, she doesn’t let it go to her head,” Bluder said. “She’s been managing all of that and that can be a lot to manage. She lives for these kinds of experiences. She’s best on a big stage. She has it now and she’s enjoying it.”