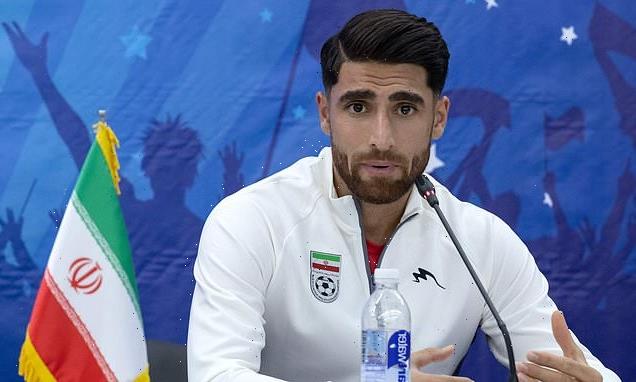 Iranian players may not celebrate any goals they score against England on Monday in an act of political defiance against their own government.

Iranian authorities have violently cracked down on anti-government protests which were sparked after the death of a 22-year-old woman in police custody in September.

Since then footballers have been refusing to salute their own goals in Iranian league matches – instead lowering their hands whenever the ball crosses the line – in a show of solidarity with demonstrators.

Asked if they would behave the same way at the World Cup, Iranian footballer Alireza Jahanbakhsh said: ‘We are out here to play football and that is the main thing everybody is focused on. Celebrations are something very personal.’ 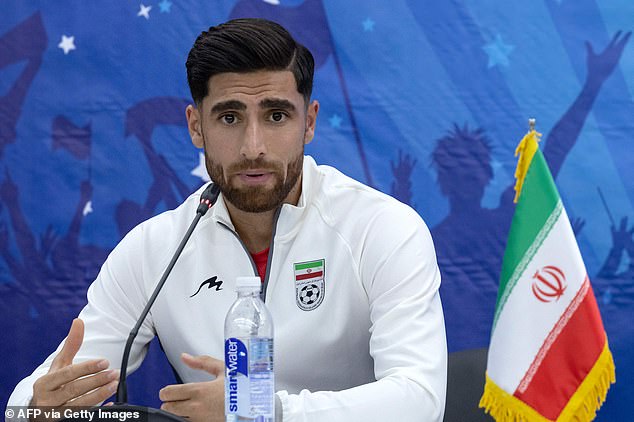 The former Brighton winger added: ‘Every single player has different celebrations. But we have never made a big deal out of it because everybody is only thinking and talking about football.’

Life in Iran since mid-September has been dominated by the wave of dramatic anti-government protests that has evolved into the most significant challenge to the country’s Islamic republic in over a decade.

Thousands have been arrested following the death of the 22-year-old woman who had been detained by Iran’s morality police for allegedly breaking their strict hijab rules.

Earlier this week, MI5 revealed it had foiled 10 plots by Iran to kill or kidnap its enemies in Britain.