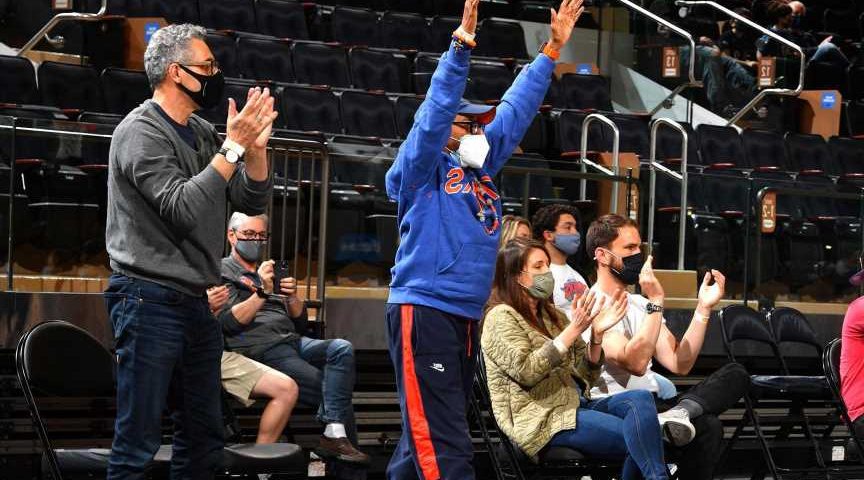 Spirit of ’84: Knicks, Nets have chance to bring city back to playoff zenith

Nets' biggest threat to NBA playoff failure is themselves

And we are here.

All of us. We are here. The Knicks. Knicks fans. The ardent believers and the converted skeptics. The twisting path of 20 mostly barren years stuck in the desert. And the promise of a way out. Yes. Sunday night, 7 o’clock, we are here. All of us. Madison Square Garden. New York City. A reunion of old friends.

A renewal of a forgotten rite of spring.

Sunday night, 7 o’clock, Madison Square Garden, Randle will get that. He will get all of it. So will RJ Barrett, the kid whose game seems to improve by the hour; and Derrick Rose, the old pro, savoring every second of this return trip to the playoffs. So will the supporting players: Alec Burks and Reggie Bullock, Nerlens Noel and Taj Gibson.
Immanuel Quickley, the rookie from Kentucky, who seemed to spring straight from the imaginations of starving Knicks fans looking for a dollop of hope in the draft, will be here. He will open up his ears, and his heart, to the 15,000 or so who will invade these walls about an hour before tip.

And so, of course, will Tom Thibodeau, who once upon a time was a Connecticut kid adopting the hit-the-open-man Knicks, who twice upon a time was an assistant coach for Jeff Van Gundy helping to steer the Knicks of Ewing, Sprewell, LJ and Houston to glory, who has brought the Knicks back, brought the fans back, brought interest and life and fire back to Pennsylvania Plaza and Madison Square Garden.

“We’ve had our focus on this all season long,” Thibodeau said. “This team, to its credit, has kept its eyes on the prize. We’re ready to see where that leads.”

All of the old rhythms and sensations will come pouring back by tip-off. It is hard to fathom 15,000 engaged fans inside the Garden, only because it’s been so long. Yes, the pandemic kept the numbers sparse, but the ineptitude dating back to 2000, with only an occasional oasis of prosperity, has weakened the muscle memory, too.

Well, that’s all part of it, right? Before a minute of this series with the Hawks is contested, you already know that you’re going to get your fill of Young — the brilliant third-year guard who averaged 25.3 points and 9.4 assists per game. Young gets plenty of help, of course, from wingmen like Bogdan Bogdanovich and Clint Capela, from old pros like Lou Williams, from an old Garden friend, Danilo Gallinari.

But the Garden’s focus will be on Young, because that’s always the law of the local land. The star gets the treatment. Knicks fans obsessed about Reggie Miller, never Antonio Davis. It was all about Michael Jordan, never Scottie Pippen. The Garden knows inherently, instinctively, who can cause the most damage. It will react accordingly.

And then it will be on Young to re-react.

And on the Knicks to make all of this make sense, and work out, in a way it hasn’t often worked out for the Knicks the past two decades. There has only been one playoff win for the Knicks since 2000, and that was eight years ago. The Knicks took care of business in Games 1 and 2 against the Celtics that year, then stumbled in Game 1 against the Pacers. It cost them.

And it has ushered in this latest wait, this eight-year gap since the last time there was a game this hotly anticipated at the Garden. It is here now. The Knicks are here, and the Hawks, and 15,000 of you physically, and millions more by proxy. The wait is almost over. The moment is nearly here. Let’s get this started, already.

Let’s get it started.