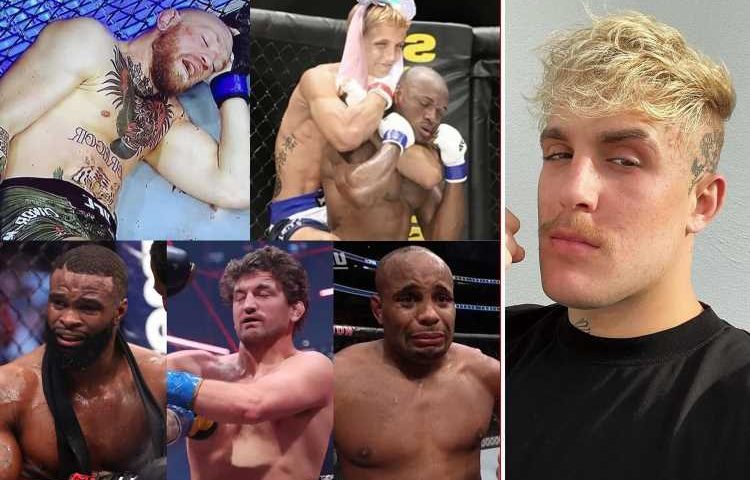 JAKE PAUL has stoked up the fires with FIVE rivals with a hilarious 'father's day' post. 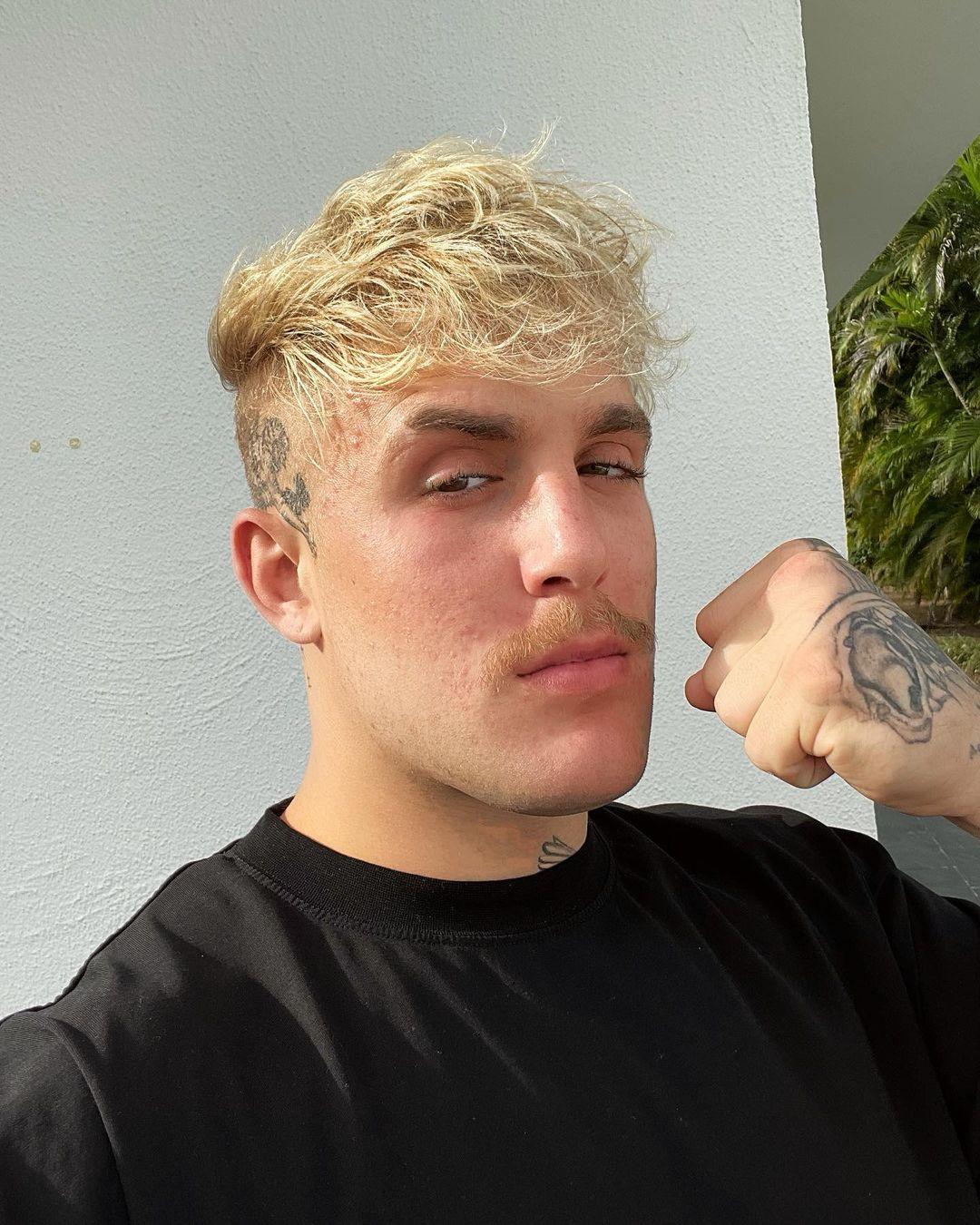 Usman was pictured being choked out by Jose Caceres in 2013, his only ever MMA loss.

But Paul has superimposed his own face as a child onto Caceres, complete with bunny ears.

McGregor was pictured laid on the floor after he was choked out by Khabib Nurmagomedov, while Cormier was snapped in tears.

Askren's shot was from his first round KO loss to Paul last month, while Woodley, like Cormier, was also show in tears.

Paul captioned the photo: "As a father myself, today means a lot to me.

"Even though they’ve all lost a lot… my sons all have made me so proud."

Paul will fight Woodley next in the boxing ring, and has angled for fights against Usman, McGregor and Cormier recently.

Paul has vowed to 'eat up' Woodley in two rounds as he claimed the UFC legend is 'coming in a wounded soldier'.

The YouTube sensation faces Woodley in his fourth professional fight on August 28.

Paul, 24, is currently 3-0 as a pro, all by knockout, but has so far only beaten online rival 'AnEsonGib', ex-NBA star Nate Robinson, 36, and retired UFC grappler Ben Askren, 36.

But after losing the title to Kamaru Usman, 34, in 2019, he has been beaten in his last four and departed the UFC. 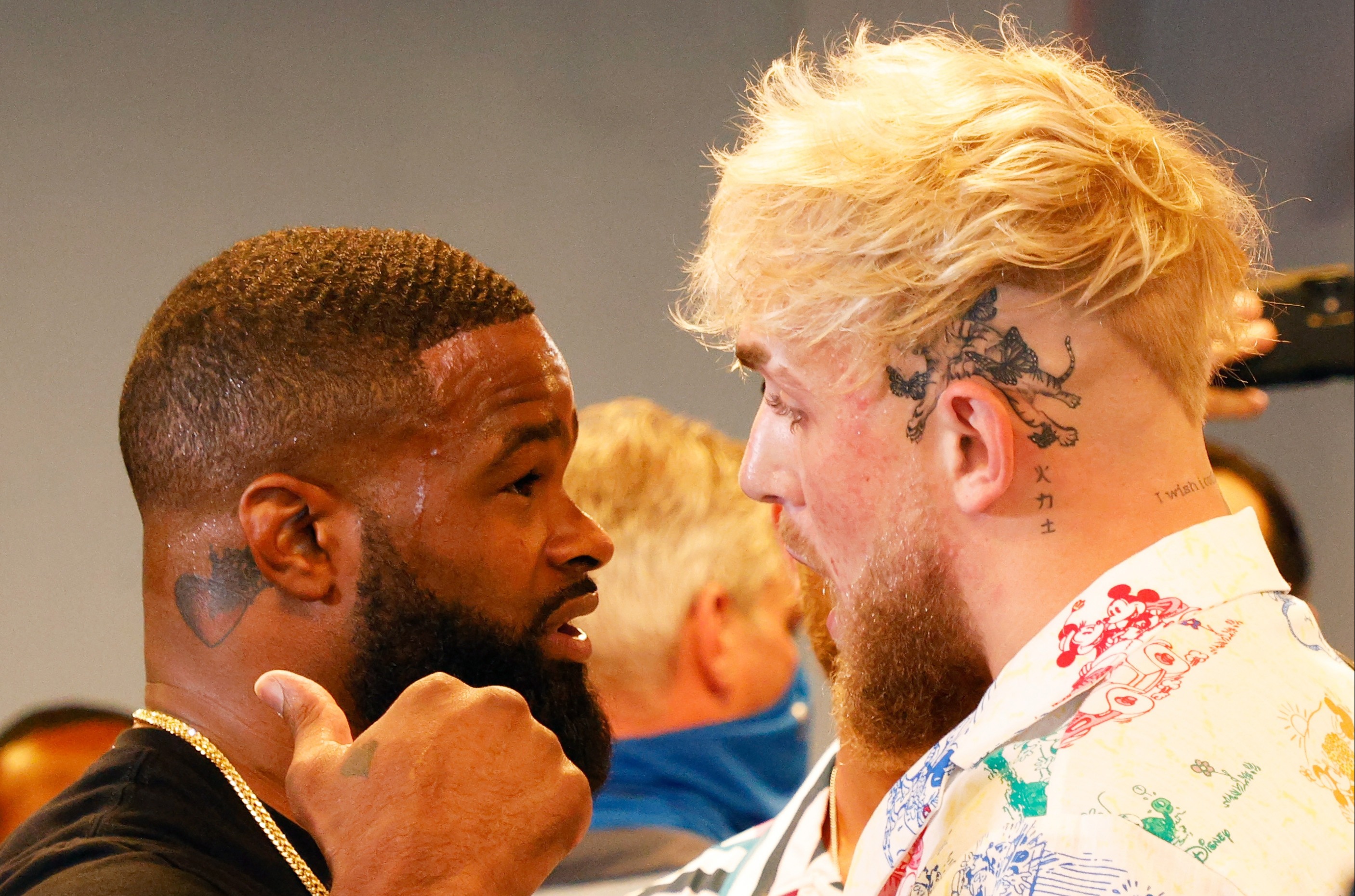 Paul argues Woodley's best days are past him and will be 'too powerful' for the American to make it into round three.

He told Showtime: "I think as soon as I touch him, his body is going to go back to that losing mentality, the fight or flight and he's not gonna wanna sit there and fight.

"I don't know, I just see that that's why I've been saying two rounds.

"I'm too sharp, I'm too fast, I'm too powerful and he has 85 days to do this, learn how to box, and unlearn all those bad habits.