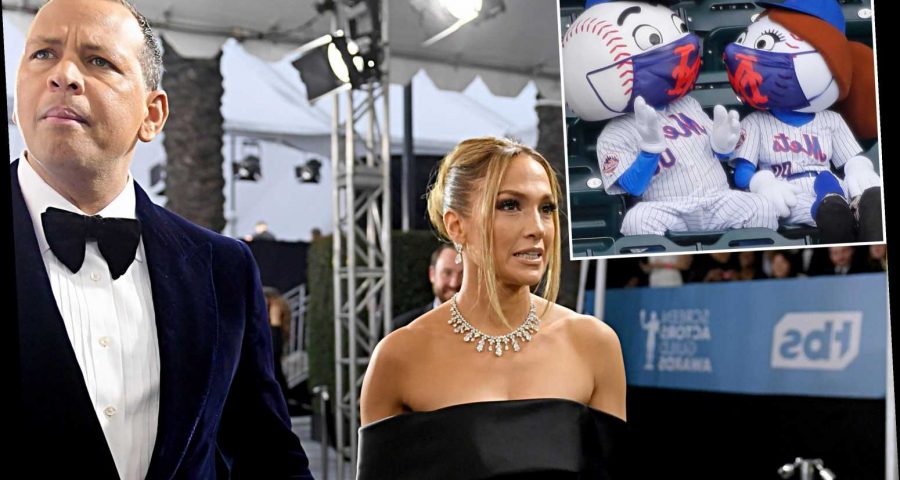 What made this Clint Frazier scare all the more 'blurry'

The Mets’ new owners on the rocks, relationship-wise, before they so much as played a regular-season game?

You need only imagine, because it’s not real. Steve Cohen, not Alex Rodriguez and Jennifer Lopez, owns the Mets. And it’s not real because the folks making the decision could imagine the risks attached to a J-Rod bid.

Look, Cohen prevailed in the Mets sweepstakes because he offered the most money, $2.4 billion. Yet that king’s ransom didn’t exist in a vacuum. It served as the centerpiece to the hedge-fund titan’s sales pitch, one that couldn’t be matched by A-Rod and J. Lo even beyond the total dollars:

Whereas Cohen wholly funded his offer, the J-Rod group, you’ll remember, relied on a multitude of folks including Vincent Viola and Mike Repole. So much uncertainty loomed over who the consortium’s control person would be that, after Cohen and the Mets agreed on a price, Lopez told The Post’s Joel Sherman that she would assume the control-person role if the Mets re-entered the market by virtue of Cohen not gaining sufficient acceptance from the other 29 owners; the owners approved Cohen last October 30.

And if the prospect of A-Rod and J. Lo breaking up didn’t reside at the very front of baseball folks’ minds — they also could contemplate A-Rod’s sizable transgressions involving illegal performance-enhancing drugs — it had to lurk somewhere in there, right? Neither mega-celebrity has mastered the long-term relationship yet. The Dodgers, with the McCourts, and the Padres, with John Moores, are two teams that turned sideways as a result of ownership divorces.

Even though A-Rod and J. Lo aren’t married — they had been engaged, and it’s not clear whether they still are — it’s no surprise The Post’s Dana Kennedy cited a source proclaiming, “Everyone who works on the business side for the couple is mostly saying, ‘Thank God they didn’t buy the Mets.’ ” They were referring to the “huge mess” of sorting things out, yet you also can envision all of the questions that would have been asked of the Mets players about their brand new owners’ personal affairs.

The Cohen era hasn’t gone perfectly. The search for a baseball operations boss took longer than hoped and fell short of the superstar executives desired, and the person ultimately hired as general manager, Jared Porter, lasted just over a month before getting fired for cause after ESPN reported his highly improper conduct toward a female journalist in 2016 (when Porter worked for the Cubs). Cohen, after showing off his little-known sense of humor while engaging fans on Twitter, felt compelled to leave the social-media platform temporarily after a tweet tussle with Barstool founder Dave Portnoy over the GameStop surge resulted in alleged threats to his family.

None of those issues have seeped into the Mets’ clubhouse or Zoom news conferences, however, Porter gone by the time spring training opened and the presence of team president Sandy Alderson, brought aboard by Cohen even before he officially acquired the team, assuring that things run smoothly enough.

A J-Rod ownership would’ve been a blast, if exhausting, for those of us in the press box. Their most recent statement that, “We are working through some things” would be getting dissected like the British royal family’s thoughts on Prince Harry and Meghan Markle. We’d be tracking them down at their myriad homes, at airports, at high-end gyms.

For the Mets, though, this current chapter of J-Rod would’ve been as welcome as queries about Bernie Madoff.

A-Rod remains an important person in the baseball world, both in his broadcasting role and as a Major League Baseball figure arguably more famous (as are his fellow retirees Derek Jeter and David Ortiz) than any active players. His past very well might prevent him from ever owning a team. In order to overcome those odds, he must compel the decision-makers, somehow, to imagine far more wonderful scenarios than ugly ones.