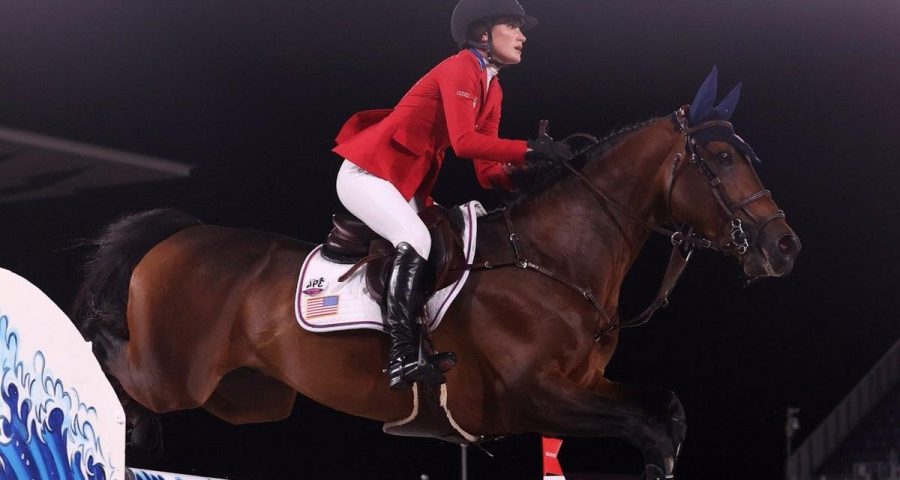 Four locals gathered outside the Tokyo Equestrian Park, an American flag draped around their necks and a picture of their favourite rock star’s daughter under their arms.

And like her old man has done countless times, Jessica Springsteen lived up to the billing and bossed it in the team showjumping to bag Olympic silver.

Springsteen and teammates Laura Kraut and McLain Ward were close to victory on a thrilling night that saw Sweden pip the USA in a tense jump-off for gold.

But for the 29-year-old, any colour will do in Tokyo after she finally made it to the Games, nine years after her face was pressed up against the window in London as an alternate rider.

Like so many parents denied the chance to see their child compete at the world’s biggest sporting event, Bruce and his wife Patti Scialfa – who is a backing singer for the E Street Band – have been watching these Games through the night, their voices hoarse from shouting and their nails bitten down.

He might be 71 but Bruce won’t have forgotten how to party and there will be a big one in New Jersey tonight.

“I FaceTimed them all very quickly and we were all screaming, I didn’t really understand a lot of what was said,” Jessica said, her event live on Eurosport and discovery+.

“There was a lot of yelling, I smiled. They were all in their Team USA gear and there was lots of chatting. I couldn’t make it all out but it was very exciting.”

Ever since she was selected for the Games, Springsteen has been under the spotlight and like all athletes, she said she owes her parents a great deal of gratitude for her medal.

Indeed, it was her mum who first introduced her to horses and that sparked a love of riding, which she honed on the farm in New Jersey, which Bruce bought so his family could live as normal a life as possible away from the cameras.

Springsteen was also quick to thank Nick Skelton, the British two-time Olympic champion, who made headlines at Rio 2016 when he won individual gold at the age of 58. 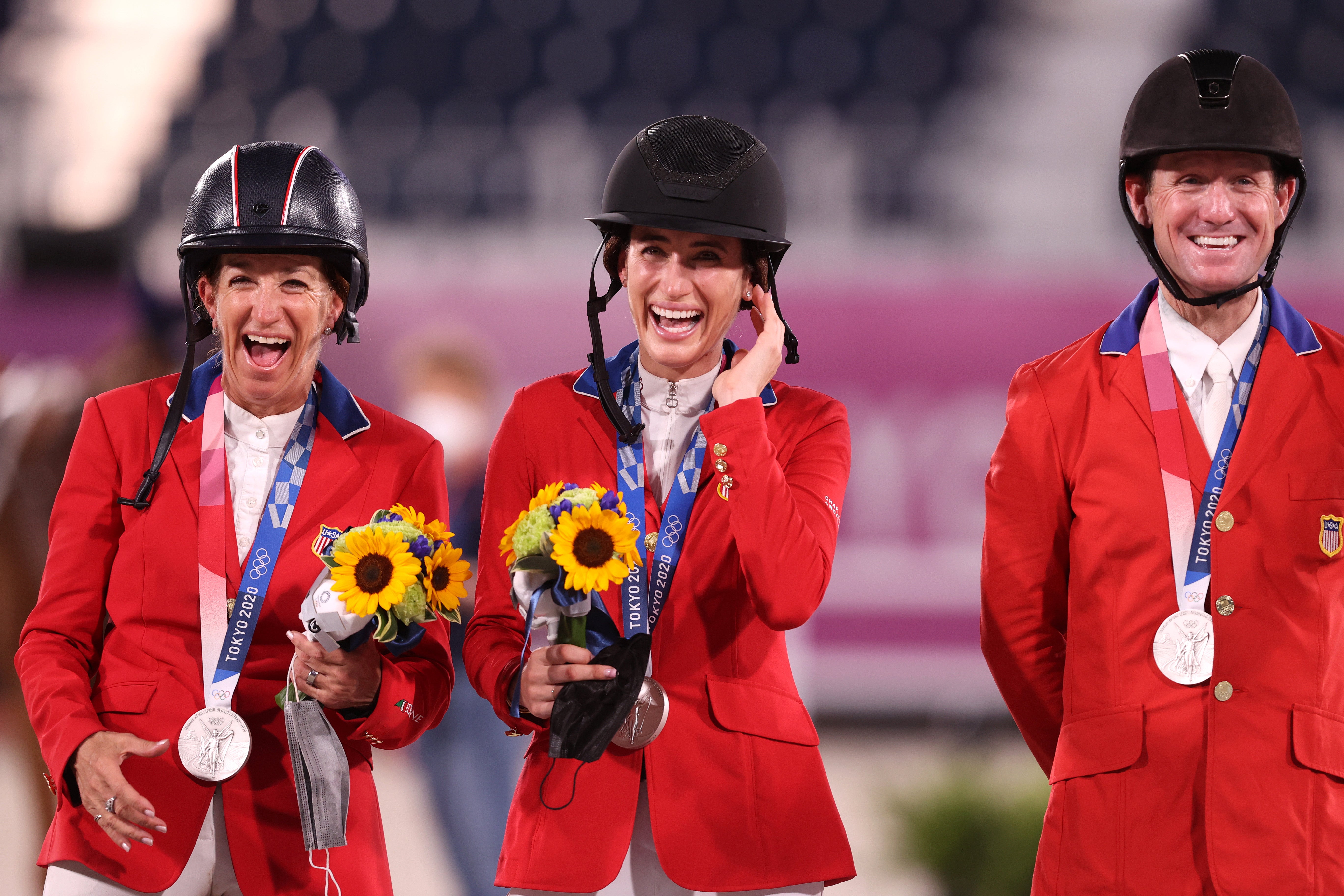 Skelton is here with the US team in Tokyo supporting his partner Kraut, and Springsteen admits she has soaked up almost all there is from the man from Warwickshire.

“One hundred per cent, I am taking everything in that I can,” she said. “I have trained with them for many years, so to have them by my side tonight is unbelievable, and I feel I am in the best hands possible going into a big course like this.

“They have been there, they’ve done that, they are just such incredibly accomplished riders, so I feel grateful to have them by my side.

“It’s about making a plan, and he has so much experience at these championships, so he knows how it goes. Having someone like that next to you is great.”

There was no hint of sadness for Springsteen, who at one point seemed destined for gold.

She, Kraut and Ward made just eight jumping errors combined in the 10-team final to guarantee a medal. Sweden matched that shortly after to force a jump-off, while Great Britain’s individual champion Ben Maher pulled out of the final round to protect his horse Explosion W.

Britain were well out of medal contention by that point, propping up the table in last after rides from Holly Smith and Harry Charles, so Maher saved his horse for another day.

The course was re-designed for the jump-off, where all three riders went again and the team with the lowest cumulative time was deemed the winner.

Springsteen, riding second for the USA, jumped every fence cleanly and clocked 42.95 seconds, inside the cut-off time but the slowest of the six competitors.

It all came down to Peder Fredricson, Sweden’s three-time Olympic silver medalist, on the last ride. He needed to get round in under 40.31 seconds penalty-free to win. He did, going round 1.3 seconds faster.

“It was wild and so super exciting,” added Springsteen at the end of her own glory day.

Stream every unmissable moment of Olympic Games Tokyo 2020 live on discovery+, The Streaming Home of the Olympics.