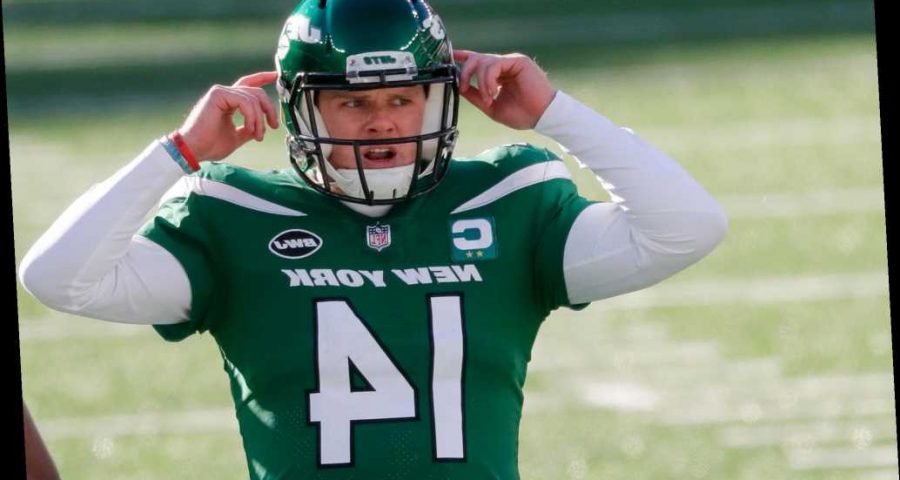 Former Jet is going into the Hall of Fame

Is it time for Jets fans to accept Tom Brady as the GOAT? Buc, no!

With the NFL quarterback carousel beginning to spin, teams reportedly are interested to see whether the Jets are ready to jump on.

ESPN reported Sunday that multiple teams have reached out to the Jets to express interest in trading for Sam Darnold. The report, citing sources, said the Jets have not turned away the calls but also have not indicated which way they are going to go at quarterback.

The fact that the Jets are even fielding the calls shows how seriously they are considering moving on from Darnold, the quarterback they drafted No. 3 overall in 2018 to be their franchise quarterback. At the 2019 trading deadline, Jets general manager Joe Douglas said Darnold was the only player on the roster he would not even field calls about.

Now, he is listening at the very least.

The Jets have a major decision at quarterback to make this offseason. They could draft a quarterback with the No. 2 overall pick or stick with Darnold. There is also Deshaun Watson hanging over all of this. The Texans quarterback has requested a trade and the Jets are in a strong position to trade for him with the No. 2 pick as a centerpiece of a trade package that could feature up to three first-round picks. So far, though, Houston has said they are not trading Watson and has rebuffed any suitors.

One source said there is still a lot of debate inside the Jets about Darnold. Some believe Darnold can be salvaged with better coaching and a better supporting cast. Others are ready to move on from the 23-year-old.

Whatever the Jets decide will have long-term implications for the Jets, Douglas and new coach Robert Saleh.

There is expected to be a lot of quarterback movement this offseason. That began last week when the Lions sent Matthew Stafford to the Rams for Jared Goff and a package that included two first-round picks. There are multiple reports that the Eagles are close to trading Carson Wentz.

As the game of quarterback musical chairs goes on, there will be fewer suitors for Darnold if the Jets do decide to deal him. It has been reported that the Bears, 49ers, Colts, Panthers and the Washington Football Team all reached out about Stafford before he was traded.

Darnold won’t fetch two first-round picks like Stafford, but people around the NFL believe the Jets could get at least a second-round pick for Darnold and maybe a late first-rounder.

Many people loved Darnold coming out of USC in 2018 and surely there are coaches around the league who believe they can get him to play better.

Darnold has been largely a disappointment with the Jets. He has thrown 45 touchdowns and 39 interceptions as the team has gone 13-25 with him as their starting quarterback. Darnold backers point to the lack of talent Darnold has had around him and poor coaching from Adam Gase and Jeremy Bates. In 2020, Darnold’s passer rating of 72.7 was 35th out of 35 qualified quarterbacks in the NFL.

The Jets looked like they were on their way to the No. 1 pick and Clemson star Trevor Lawrence, which would have made the Darnold decision easy. But they won two games in December after starting the year 0-13 to give the Jaguars the No. 1 pick. The top quarterback prospects after Lawrence are BYU’s Zach Wilson and Ohio State’s Justin Fields, but there is not a consensus on whether either should be drafted as high as No. 2 overall.