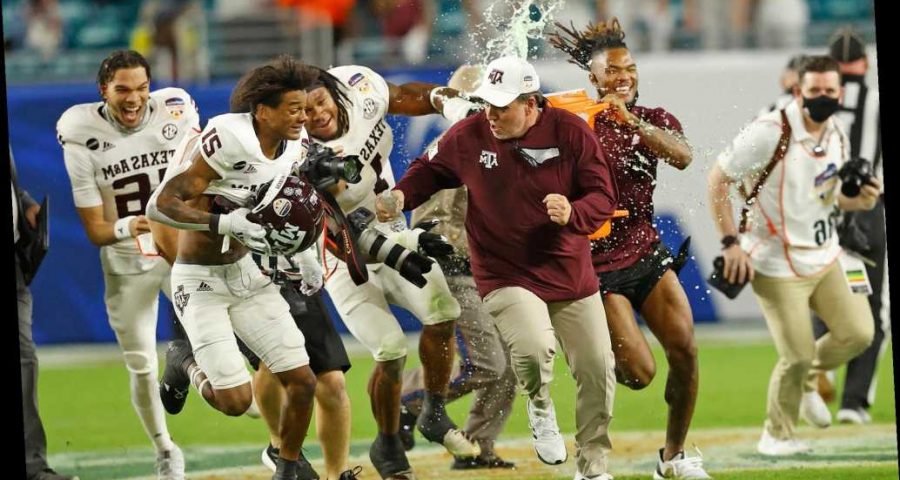 Football is destroying itself

Stud running back makes this Big 12 power the pick

Jimbo Fisher did his best to avoid getting soaked, but he didn’t get out unscathed.

The 55-year-old Texas A&M coach pulled a hamstring sprinting while trying to avoid a Gatorade bath from his players after the team’s 41-27 win over North Carolina Saturday in the Orange Bowl.

“I pulled my hamstring. Somebody in there’s gonna pay for that,” Fisher said with a smirk during a postgame interview on ESPN. “I have never run that fast in 25 years.”

Fisher successfully dodged getting dumped on as he went to shake hands with North Carolina coaches, but his players did end up getting some Gatorade on Fisher’s back in the end zone afterward.

“That thing is cold,” Fisher told Scott Van Pelt as to why he ran. “I love it, but I had to go out there and do that postgame and do that bowl thing. That’s freezing cold. I don’t mind it if they get me, but if they don’t, I ain’t getting it.”