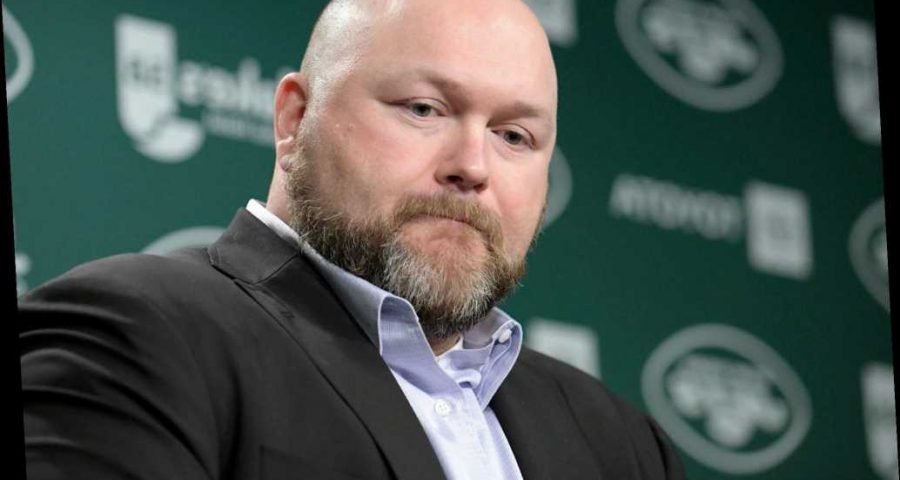 We lost so many sports legends in 2020

A funny thing happened to the Knicks on this night

Rushed start to season taking a toll on Knicks, NBA

The Knicks needed this unexpected demolition

This really should be an unsaid part of the owner-fan compact but: Of course owners want to win every bit as much as fans do. Why in the world would they put billions of dollars behind something they don’t care about?

Still, fans want to know. They need to know. There was a large faction of Mets fans that insisted the Wilpons’ greatest sin was that they didn’t care about winning the way the rank and file do. There are Knicks fans who truly believe James Dolan doesn’t care if the team wins or loses, just that Garden’s seats remain mostly occupied (when such matters are relevant).

Same deal with Jets fans and the Johnson brothers. And it was pretty clear Monday, on a conference call with reporters, that Christopher Johnson is well aware of the belief, among some green-hued constituents, that he and his older brother, Woody, aren’t exactly there in the foxhole of fandom with Ira from Staten Island and Joe from Saddle River.

He spoke of missing his game-day ritual when he would seek out other longtime Jets fans — “I go back to Namath, too,” he said — and letting them have their say as he trolled the MetLife Stadium parking lot. He said he sympathized with Jets fans grown so despondent with losing that they’d bought into the Tank-for-Trevor narrative.

Johnson is clearly all-in on Joe Douglas. He said it will be Douglas who will make a decision on Sam Darnold, who is a personal favorite of Johnson’s but whose fate is in the GM’s hands. He hinted that he will abolish the foolish corporate structure where the coach and GM have long had equal access to the owner’s ear. There will be no group-of-elders assemblage this time to identify the new coach. For better or worse, Douglas is the man.

For better or worse, Douglas is Johnson’s man.

Now all Douglas needs to do is identify his man.

And it is neither exaggeration nor hyperbole to say the coming days may be the most critical in franchise history going back to April 15, 1963. On that day, three things happened: 1) Sonny Werblin hired Weeb Ewbank, freshly canned by the Colts after leading them to two NFL titles; 2) Werblin announced the team formerly known as the “Titans” would henceforth be called the Jets; 3) the team colors would switch from black and gold to green and white.

“New York is a green-conscious town,” Werblin explained, “from the dividing stripe down Fifth Avenue to the verdant hills and dales of Westchester to the beautifully landscaped parks of Long Island. Through the ages, green has always signified hope, freshness and high spirits.”

Hiring Ewbank, of course, was the most significant transaction that day, and it forged a direct line to Jan. 12, 1969, when the Jets won Super Bowl III. All these years later, the Jets require a coach of similar gravitas and similar ambition, because they have never been surrounded in their own division by greater challenges.

The Jets have always had company near the bottom of the standings whenever they’ve started over in the past, the Bills, Patriots, Dolphins and (formerly) the Colts all taking turns in the second division of the AFC East. But there is no second division any longer: There is the Jets. That’s it.

The Bills have established immediate prominence as a power and they aren’t going away any time soon. The Dolphins are on the rise, with excellent leadership that yielded 10 wins a year or two ahead of schedule. And the Patriots — well, anyone who believes this 7-9 season was anything more than an outlier and an aberration under Bill Belichick, please take two steps forward.

That reality could seem pretty hopeless even if the Jets weren’t coming off 2-14 (after flirting with 0-16) and it will take an inspired choice to grind through that. Douglas has resources on hand: draft picks aplenty, a chance to still take a new franchise QB (or stick with the old one and turn the No. 2 pick into a haul). As we’ve said repeatedly: Now all he has to do is make the right choices on draft day.

And all he has to do is make the right coaching choice now. The Jets in 1963 were so dreadful the AFL considered allowing them to buy one player off every other AFL roster in order to expedite their growth. There will be no such largess available this time. Smarts will have to carry the day. The owner believes he has the right man making the call. He’d better be right.