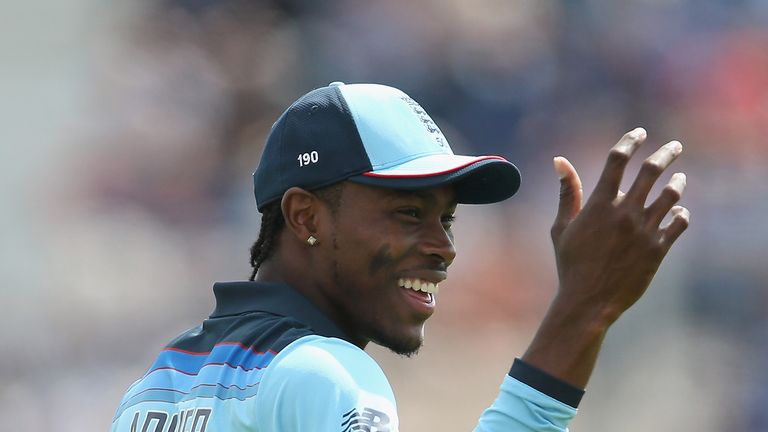 That sums up the Jofra Archer we met on the day it was announced the searing pace bowler had made England’s 15-man World Cup squad.

While his rise through domestic cricket to the international circuit may have seemed rapid, it has been far from smooth sailing and more of a long, winding road.

Five years ago, after missing out on selection for the West Indies squad for the 2014 U19 World Cup, Archer suffered the worst week of his life and was left unsure of what his future held.

“My friends and family picked me up and were really important for me at that time,” he explained. “If it wasn’t for them I probably would have taken longer off from cricket.

“They told me that I was better than not being a part of that team. The two people that got cut from the team, myself and Alzarri Joseph, both of us have probably gone on the furthest.

“I remember my mum telling me “don’t worry about it you’ll get your chance” and looking back at it she was right.”

Disappointment at missing out on the U19 squad was not Archer’s driving force to relocate to England but instead how he felt he was managed when he suffered a serious back injury. 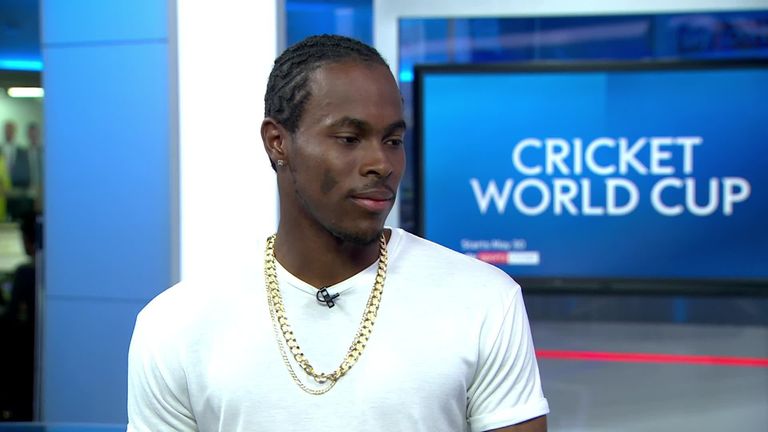 The injury saw him spend almost two years on the sidelines but a chance encounter with Chris Jordan during a net session in Barbados changed the course of his future.

After showcasing his talents while bowling to Jordan, Archer told the Sussex player he had a British passport – his father was born in England – and asked if he would be able to help find him an opportunity to play cricket in the UK.

Two weeks later Jordan called to inform him he had got him a trial at Sussex.

The seamer, still battling through injury when he arrived in England, made his way around the club-cricket circuit, spending time sleeping on a team-mate’s floor before he eventually broke into Sussex’s second XI. Though he is just 24, it has already been a long journey for Archer and the lessons he has learnt along the way have shaped him into the man he is today.

Little fazes him and with the experience of playing in the biggest franchise cricket tournaments around the world, handling pressure in the big moments is something he has become accustomed to.

“I am eager to be bowling in those big moments during the World Cup, in the death overs,” Archer said.

“I think that is why I got the nod over some of the other players, so I just want to repay the captain and selectors for showing some faith in me.

“I think I’ll cope pretty well under pressure, I’ve bowled at the death for Rajasthan Royals in the Indian Premier League, so I know what to expect – you’ve got to accept the fact that maybe three out of 10 times you’re not going to win the game. “All of that just prepares you for those highly pressurised moments and I think the more you do it the more comfortable you are with it. In that situation, when that time comes, it doesn’t faze me if the captain gives me the ball.

“With my bowling the first thing that I always remember is no matter what format of cricket it is sometimes your good balls will get hit for four or six and there is nothing you can do about it, it is about how you come back.

“I know I don’t need to get too worked up about being hit for a boundary, playing cricket around the world you’re probably going to run into 90 per cent of the opening batsmen.

“You already have an idea of how they play or have already taken their wicket before. For me I feel that’s an extra advantage.”

Much has been made of the rule change by the England and Wales Cricket Board that made overseas cricketers who arrived in the country after the age of 18 eligible to play for England after living in the country for three years. The previous rule had required seven years of residency but the change saw the ECB move in line with the International Cricket Council’s laws.

Archer’s inclusion at the cost of David Willey in England’s final World Cup squad added fuel to a fire as questions were raised over disrupting team unity ahead of a tournament the side have been building towards for the last four years.

But within the confines of the dressing room it was an entirely different picture.

“Everyone welcomed me with open arms, it is just like a family,” Archer enthused. “It’s a great team, we have a great captain and great support staff.

“They all just told me to keep doing what I’m doing, I already knew Jos Buttler and Ben Stokes from playing together at Rajasthan, I knew Jason Roy from Surrey and Adil Rashid and Moeen Ali through CJ (Jordan).

“I felt like I knew almost all of the team even without having to play a game and coming into the team I didn’t really notice that I wasn’t there before!” 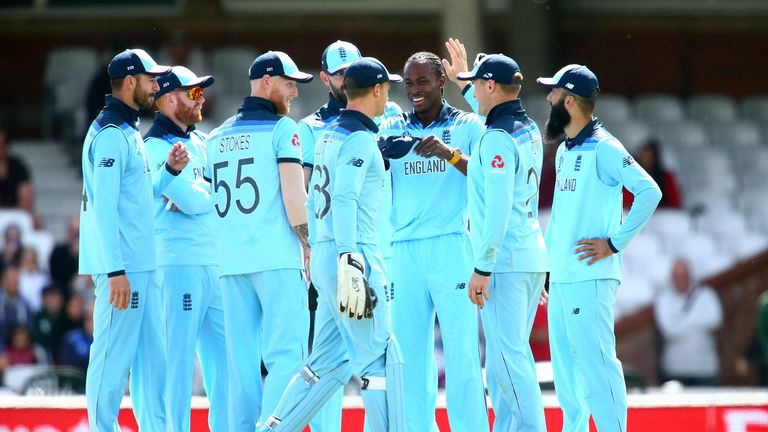 The only answer Archer is unable to give is where his extraordinary pace comes from, given he consistently bowls at over 90mph from a relatively nonchalant run-up.

He was forced to adjust his run-up following his back injury but found the ball came out of his hand just as quick.

Archer now wants to make full use of his talents – especially as he prepares for the biggest cricketing moment in his life so far.

“I don’t want to too excited and then not be able to focus on the day,” he laughs. “I’m just trying to be calm for now.