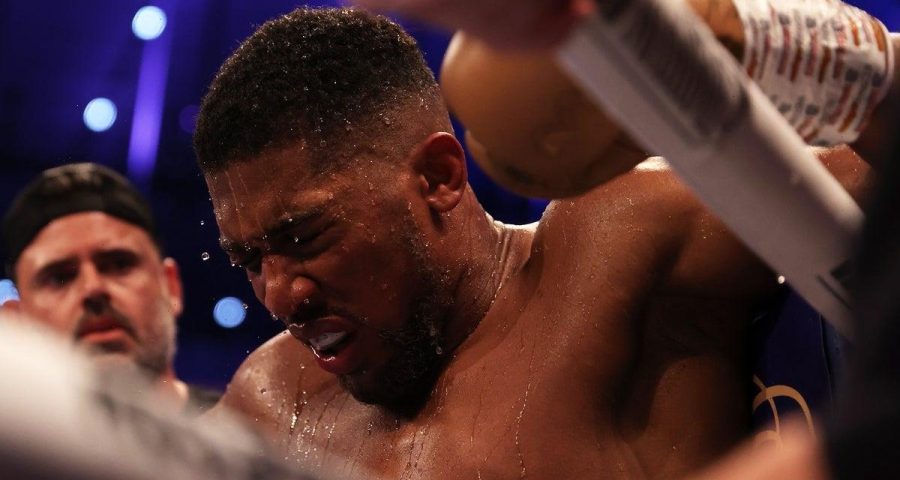 Anthony Joshua’s reaction to last month’s defeat to Oleksandr Usyk showed that he lacked “desire” and “will”, according to John Fury.

Joshua lost his heavyweight titles following Usyk’s unanimous decision victory at the Tottenham Hotspur stadium and is set to face the Ukrainian in a rematch next year.

Meanwhile, Tyson Fury defended his WBC belt with a knockout victory over Deontay Wilder in a thriller in Las Vegas and the Gypsy King’s father highlighted the contrast between the two defeated fighters in the title bouts.

“You’ve only got to look at Joshua’s body language after the fight, his behaviour on the stool. His behaviour, warriors don’t behave like that,” Fury told the True Geordie podcast.

“He wasn’t making any emotions like he was discomforted, he wasn’t trying to do anything but soak it all in. Deontay Wilder fought his heart out, he had nothing left at all. I think he was teetering on being conscious when he was sat on his stool.

“AJ didn’t do anything wrong, you can only do what you can do in boxing. He just hasn’t got the desire or the will – not a quarter of it of these other two men, Wilder or my son.

“Honestly he’s been a good champion, but does he ever beat these other two men. Definitely not, because he’s not a one punch knockout artist like Wilder either.”

Fury said Joshua would struggle to deal with Wilder’s punching power if they pair were to ever meet in the ring. In beating Wilder, the Gypsy King recovered from two knockdowns in the fourth round to win the fight, but father John does not believe Joshua would withstand the blows.

“The minute he stings AJ with a right hand like that, it’s good night for AJ,” he added. “He hasn’t got the resilience to cope with anything like that. Believe me, Usyk isn’t the puncher Wilder is.

“He’s not a knockout artist, he’s a respectable puncher Usyk. Wilder’s a lights out man. He’ll just switch your lights off completely. AJ can’t deal with it. Nobody else can. Him [Fury] and Wilder, they’re out there on their own.”