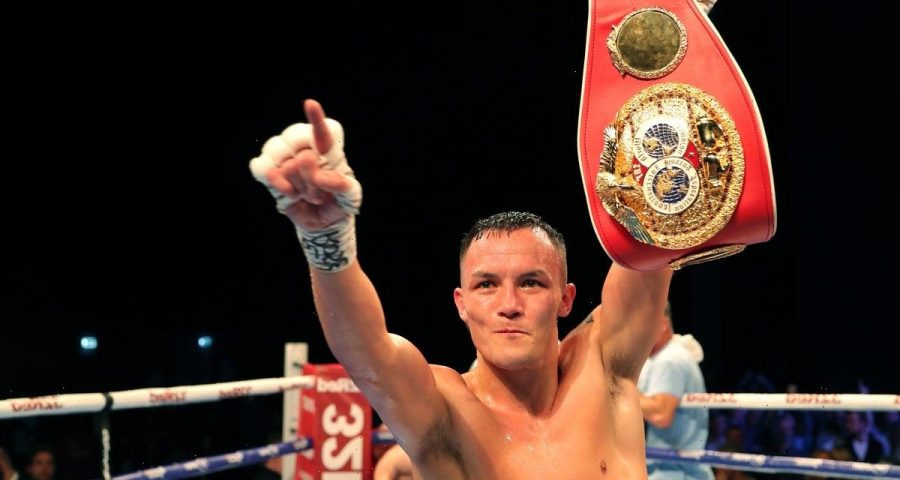 Josh Warrington maintains his long-held dream of landing a lucrative world title bout in the United States will be back on track if he gains revenge over Mauricio Lara in their non-title featherweight rematch at Headingley on Saturday night.

The 30-year-old was sent crashing to his first career defeat by Lara in February, a loss that derailed his lofty ambitions and also shattered the self-styled aura of invincibility built up by Warrington after a succession of high-profile wins and defences.

Warrington, who relinquished his IBF title prior to facing Lara, is now the first to acknowledge that he fell for his own hype, but it has not stopped him disregarding the prospect of facing either of the two Britons – Kid Galahad and Leigh Wood – who currently hold versions of the featherweight world crown.

“If I put this wrong to right, then surely I should be back to where I was?” said Warrington, who came through a gruelling tactical battle to defeat Galahad via split decision in their clash at the First Direct Arena in Leeds in June 2019.

“These fighters like Wood and Galahad have had losses throughout their careers, but it seems like I’ve hit the big one and gone all the way down to the bottom and it’s like, ‘you’ve got to start all over again, Josh’.

“If I go over to the States, which is something I’ve wanted to do for a long time, for my own personal memories and the fans who have supported me, and I get chinned by someone like Gary Russell, then I will accept that maybe I wasn’t good enough for this level, but let me go and try, at least.”

America had been firmly on Warrington’s mind prior to what was supposed to be a marking-time fight at Wembley in February, with his decision to relinquish the IBF belt made primarily to speed up potential negotiations for bouts against some of the major names in his division.

But Warrington endured a nightmare evening, in which he was floored and almost stopped in the fourth round before finally going down in the ninth to a defeat that left his dreams – and his conviction that his stadium-filling status had become almost a divine right – in ruins.

“I never thought I would overlook anybody,” added Warrington. “I’ve always had the mindset that it doesn’t matter if I was fighting Mickey Mouse or whoever, they are dangerous.

“I always treat every opponent as my biggest fight. But I think in that week in the bubble, my face was plastered all over, in the lift and on the walls, and I maybe believed my own hype. I thought I’ll blast this guy out and get ready for my next fight.

“Maybe I just got a little bit complacent. It’s given me a kick up the backside – don’t forget about your other attributes, your boxing and your defence. So we’ve gone back to the drawing-board and polished ourselves up a bit.”