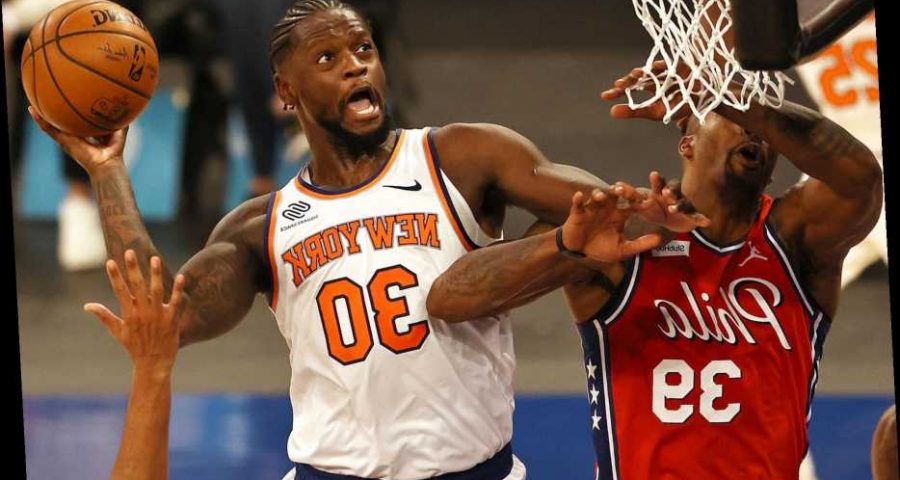 Knicks assistant coaches may not be here long

Podcast: Should the Knicks make a trade?

Randle took out any lasting referee frustrations out on Washington Tuesday at the Garden as he poured in 37 points, making 7 of 10 3-pointers, as the Knicks blew out the Wizards, 131-113. Randle’s seven 3s tied a career-high.

The All-Star power forward, who was punished for his inflammatory remarks about the refereeing in the Knicks’ loss to Philly on Sunday, is the chief reason the Knicks are 22-22, already surpassing last season’s win total.

Randle, who hasn’t missed a game this season, shot 13 of 24 from the field as the Knicks won a wire-to-wire blowout.

They face the Wizards at the Garden again on Thursday. With another win, the Knicks would have schooled Las Vegas, which had their Over/Under for wins at 22 ½.

Randle had 35 points midway through the third quarter, hitting 3-pointers over all of Washington’s youngsters, including Israeli lottery pick Deni Avidja and Rui Hachimuru.

Knicks coach Tom Thibodeau kept Randle in for much of the fourth quarter instead of rolling with rookie Obi Toppin, the Knicks’ lottery pick who is in a slump. Toppin played just eight minutes and was scoreless for the fourth straight game as Randle offered him some consoling words on the bench late in the contest.

Starting point guard Elfrid Payton returned from a four-game absence with a hamstring strain. He lofted a high alley-oop pass for Robinson, who leapt to the Garden ceiling for the monster slam.

Before the game, Robinson admitted it was going to take a little more time.