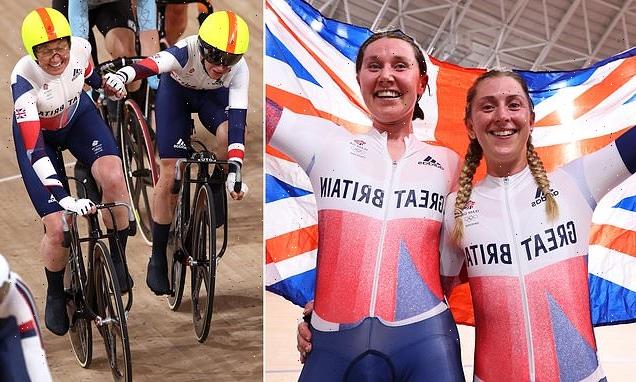 Laura Kenny becomes first British woman to win gold at three Olympics as she and Katie Archibald produce the PERFECT performance in the Madison, winning 10 out of 12 sprints to rout their rivals

Laura Kenny won her fifth Olympic gold medal by blowing the world away in a dominant performance in the velodrome.

With team-mate Katie Archibald, the golden girl of the track destroyed the field in one of the most one-side cycling finals in history.

The British pair took the Madison title by taking a strong early lead and never looked remotely in danger. It was a demolition job as they won 10 of the 12 sprints and 20 points for gaining a lap.

The victory margin over Denmark in silver was 43 points as Kenny crossed the line and punched the air. 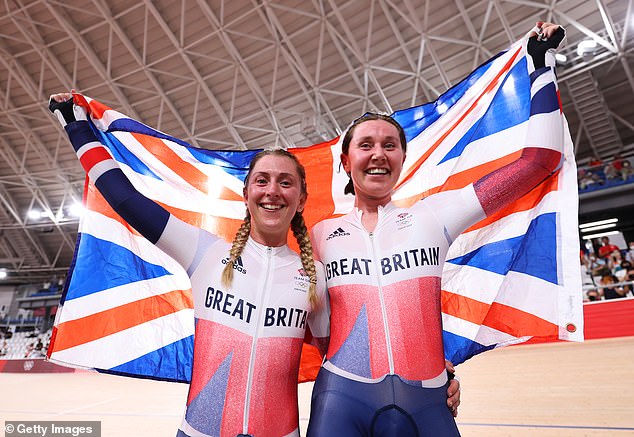 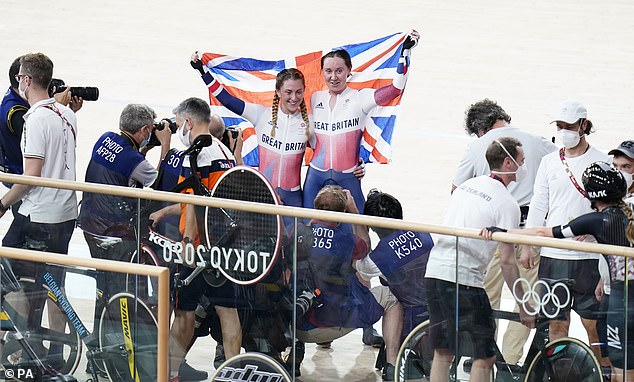 It was Archibald’s second career gold after her success in the team pursuit five years ago in Rio.

It is another stunning chapter in the career of Kenny, who took gold in the team pursuit and the omnium at the 2012 London Olympics before repeating the feat in Rio in 2016.

Kenny also claimed silver in the team pursuit earlier in this Olympics but will now top the podium once again.

She is now behind only husband Jason Kenny, Bradley Wiggins and Chris Hoy on the list of the most decorated British Olympians and is the most successful female track cyclist in Olympic history. 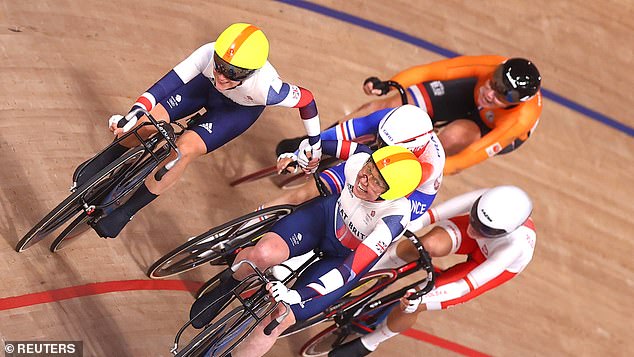 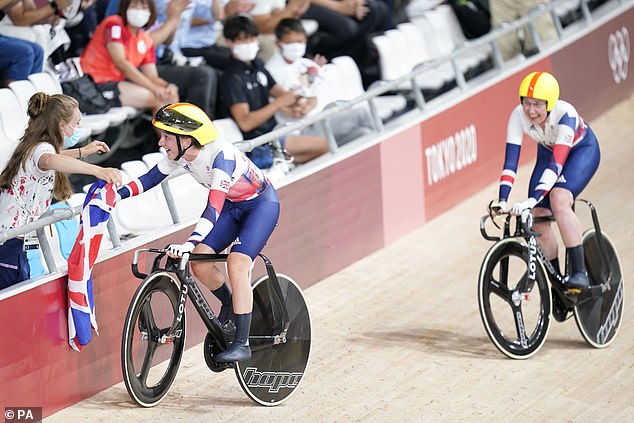 She told the BBC afterwards: ‘I looked up and we had 60 laps to go and I thought I’ve not even touched the pedals!

‘We rode so conservative, we’ve been doing so much work – our coach’s husband is the under-23 lads’ coach and we’ve done this about five times with them and we just ran it like that.

‘I’ve never been so confident about a plan – I want to thank those lads because we wouldn’t have had a race. We just raced it again the same as we have before.

‘Unbelievable – I’ve never wanted to win a race so much in all my life and I messaged Jason and said I feel like my Olympics ends today, I love the team pursuit but I felt relief when it was over because this was the one race I wanted to win – I just feel so relieved.

‘All week I’ve been saying please don’t ask me about Albie [her son], I’ve never missed him so much but I couldn’t do it without these girls. 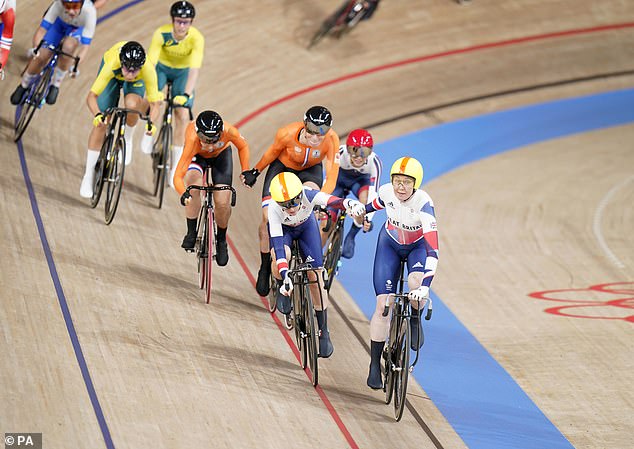 ‘With Katie I feel like I’m racing with a sister – I’m so grateful to have her here and her support, I couldn’t have done it without her.’

Archibald added: ‘I’ve been dreaming about having this conversation – I’ve never wanted something so much, I’ve never been so nervous but we’ve been so clinical with our approach.

‘We had a change of coach last year for this event, we’re going for the all round and trying to spread between events and it feels so satisfying for it to come off.’

The British pair looked in control from the off, winning the first three sprints on the track and then further extending their advantage after the Dutch pair of Kirsten Wild and Amy Pieters, reigning world champions, were caught in a crash with a little over 70 laps remaining.

In the second half of the race the British duo got themselves in a series of breakaways, hoovering up points in the sprints and gaining a lap with a little over 20 to go to build an all-but-insurmountable lead.

By the end of the race, they had won 10 of the 12 sprints – including the double points for the last lap – to finish with 78 points, more than twice the tally of second-placed Denmark on 35.

Kenny and Archibald wasted little time asserting their dominance in the race as they beat the Dutch in the first three sprints, taking it in turns as Archibald won the first and Kenny the second. 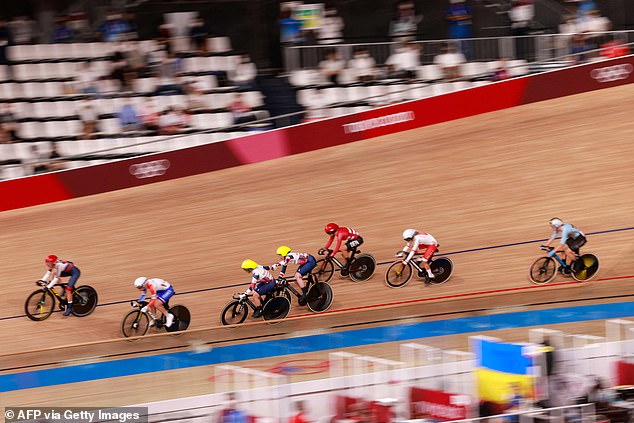 As rivals became bogged down, Kenny and Archibald hoovered up the points on offer

Australia took the fourth sprint and would soon play spoiler in the race as they disrupted a Dutch hand-sling to send Wild crashing to the ground with a little over 70 laps to go.

Though Wild got back to her bike the Dutch challenge faded, with Archibald and Kenny peeling off the front, first with the French, then with the Danish and Russian Olympic Committee teams to keep collecting points.

This is the first ever running of the women’s Madison, with the event also returning to the men’s programme for the first time since 2008.