KHABIB NURMAGOMEDOV revealed he is still being drug tested despite his UFC retirement.

The lightweight champion claimed it is his 47th United States Anti-Doping Agency test since 2015. 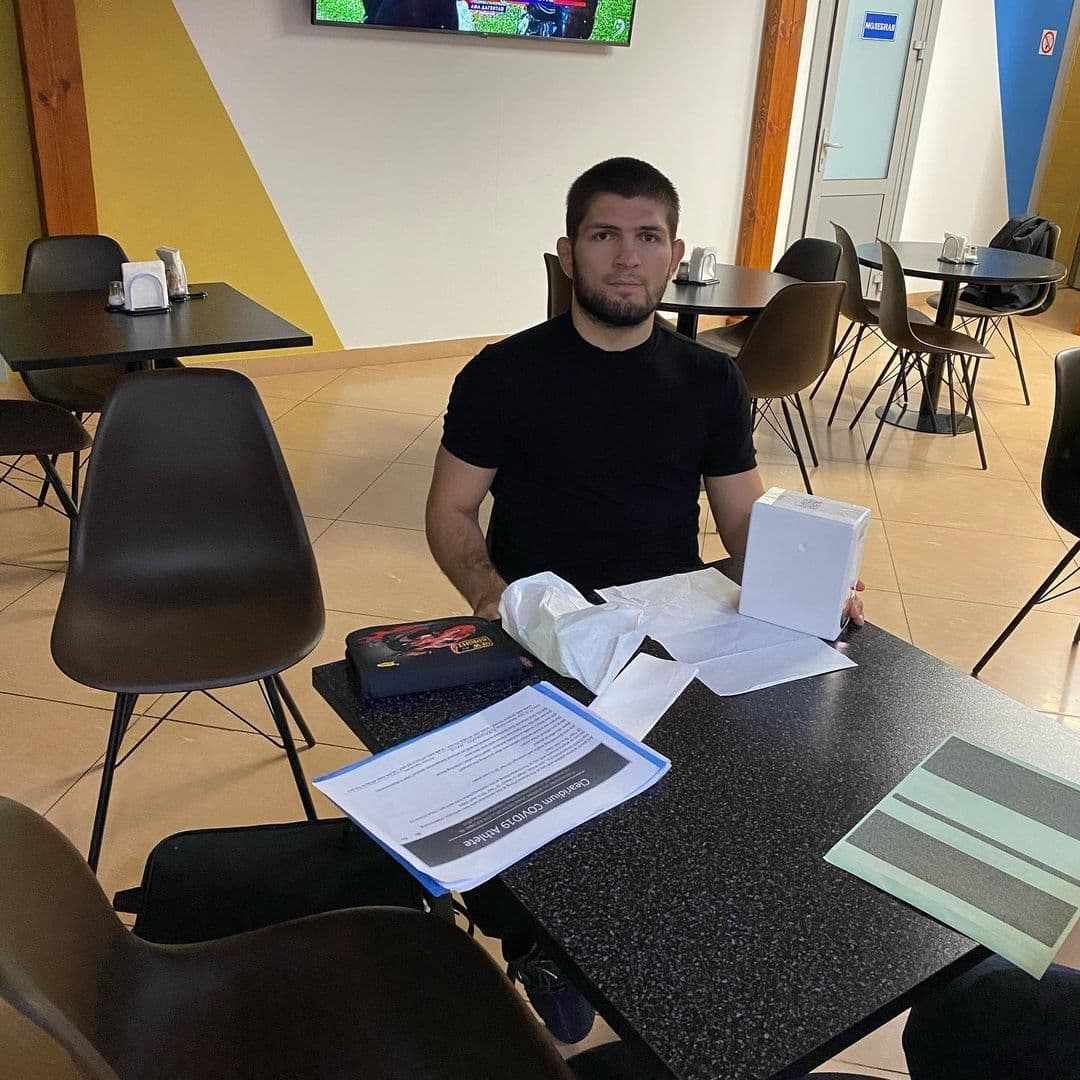 Nurmagomedov uploaded a picture online surrounded with the paperwork of his test.

And he captioned the post: "This is 47 times since 2015, as I have been tested for doping of USADA.

"Just think about this number."

The 32-year-old's UFC career is up in the air after he hung up his gloves following his submission win against Justin Gaethje, 31, in October.

It was the first fight since the loss of his influential father Abdulmanap, who passed away aged 57 in July after contracting coronavirus.

The emotional Russian – who moved to 29-0 – admitted he could not fight any longer without his mentor.

But UFC president Dana White believes Nurmagomedov could come back to complete one more bout and honour his dad's legacy.

Before beating Gaethje in round two on Fight Island, Khabib had confirmed his father wanted him to retire unbeaten in 30 fights.

As a result, the Russian has kept hold of his title for now.

And his latest drug testing reveal could suggest he has not yet officially notified USADA that he is retired and as a result exempt from testing.

UFC competitors are required to be tested both in and out of competition with USADA unless they are retired.

Should they plan to make a comeback, they are subjected to six months worth of testing before being cleared to fight.

The UFC can be granted an exemption to the six-month written notice rule in 'exceptional circumstances'.

After WWE star Brock Lesnar made a sudden fighting return in 2016, he was allowed just a three month testing period.

But Lesnar eventually tested positive for estrogen blocker clomiphene in both his pre and post-fight drug tests.

His win against Mark Hunt – who filled an unsuccessful lawsuit against the heavyweight and UFC – was overturned to a no-contest.