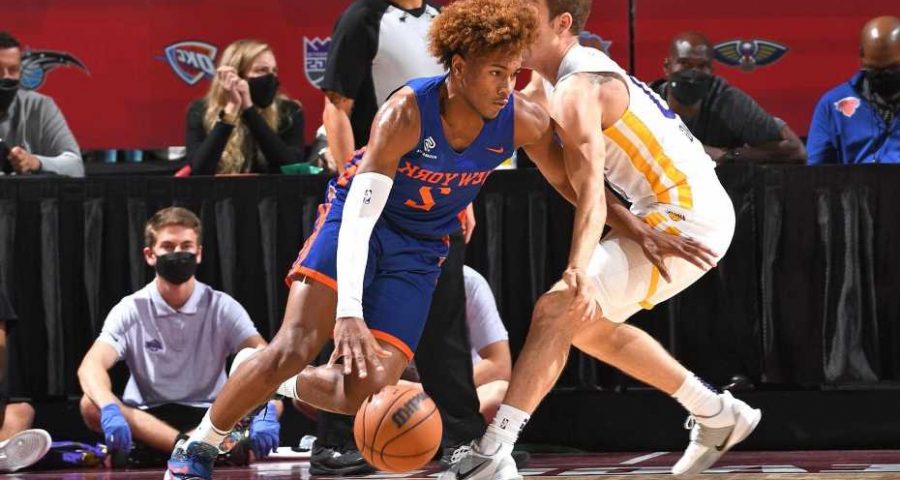 Former Knick enrolls in college with hopes of playing golf

Knicks rookie ‘has to learn he’s not the lead dog’

McBride pumped in 22 points, making all six of his 3-point shots, as the Knicks beat the Lakers 91-82 in a summer-league game at Thomas & Mack Center.

McBride, selected 36th out of West Virginia, shot 7 of 9 from the field overall. McBride missed all four of his 3-point shots in the summer-league opener but since has gone 8 of 9 in the last two outings.

“It’s just about taking shots in the flow of the game,’’ McBride said. “The first game I rushed a lot of shots. I watched the game with coaches and tried to understand the game more and find where the best shots are. That’s what I did today.’’

McBride played a lot off the ball with Immanuel Quickley running the point. Quickley scored 25 points after his 32-point outing in the prior game.

But McBride is going to fight for playing time if this continues.

“He’s a very good player,’’ summer-league coach Dice Yoshimoto said. “He’s putting a lot of time in the gym. It showed today. He shot very well in college and he’s putting his time in. It starts with his defensive tenacity first. He can play on the ball, off the ball.’’

Dolan sat near midcourt next to William Wesley, Leon Rose and Tom Thibodeau. He had to be pleased as he saw his 2020 lottery pick, Obi Toppin, continue to shine as he added 17 points and 11 rebounds.

With Luca Vildoza — signed from the Spanish League — out with a sore foot, Lithuanian lefty Rokas Jokubaitis came off the bench to score eight first-half points — drilling 2 of 3 3-pointers. Jokubaitis didn’t play in the second half.