KYLIAN MBAPPE is out of Paris Saint-Germain's Champions League game against Atalanta.

The French ace has been ruled out after sustaining an ankle injury. 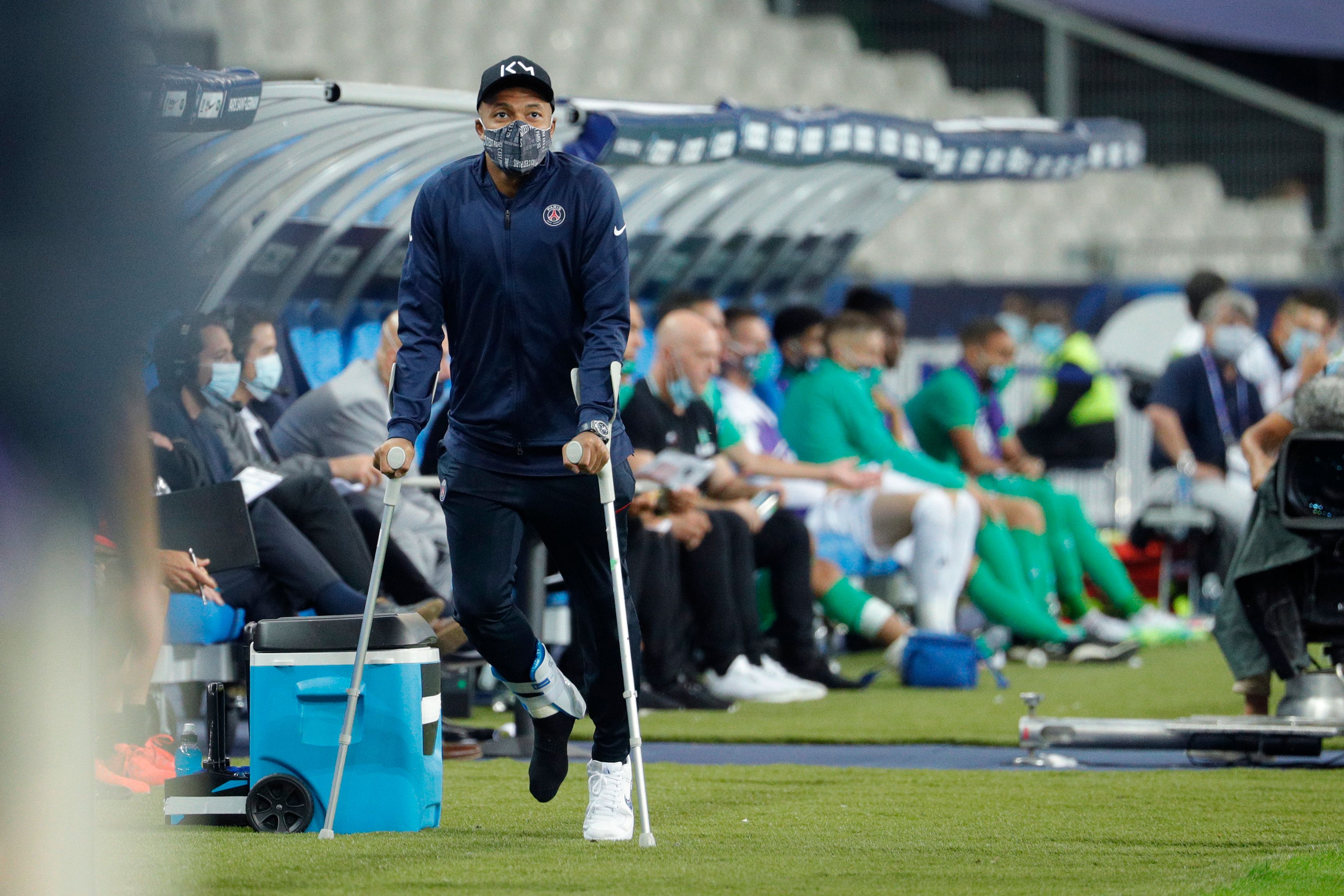 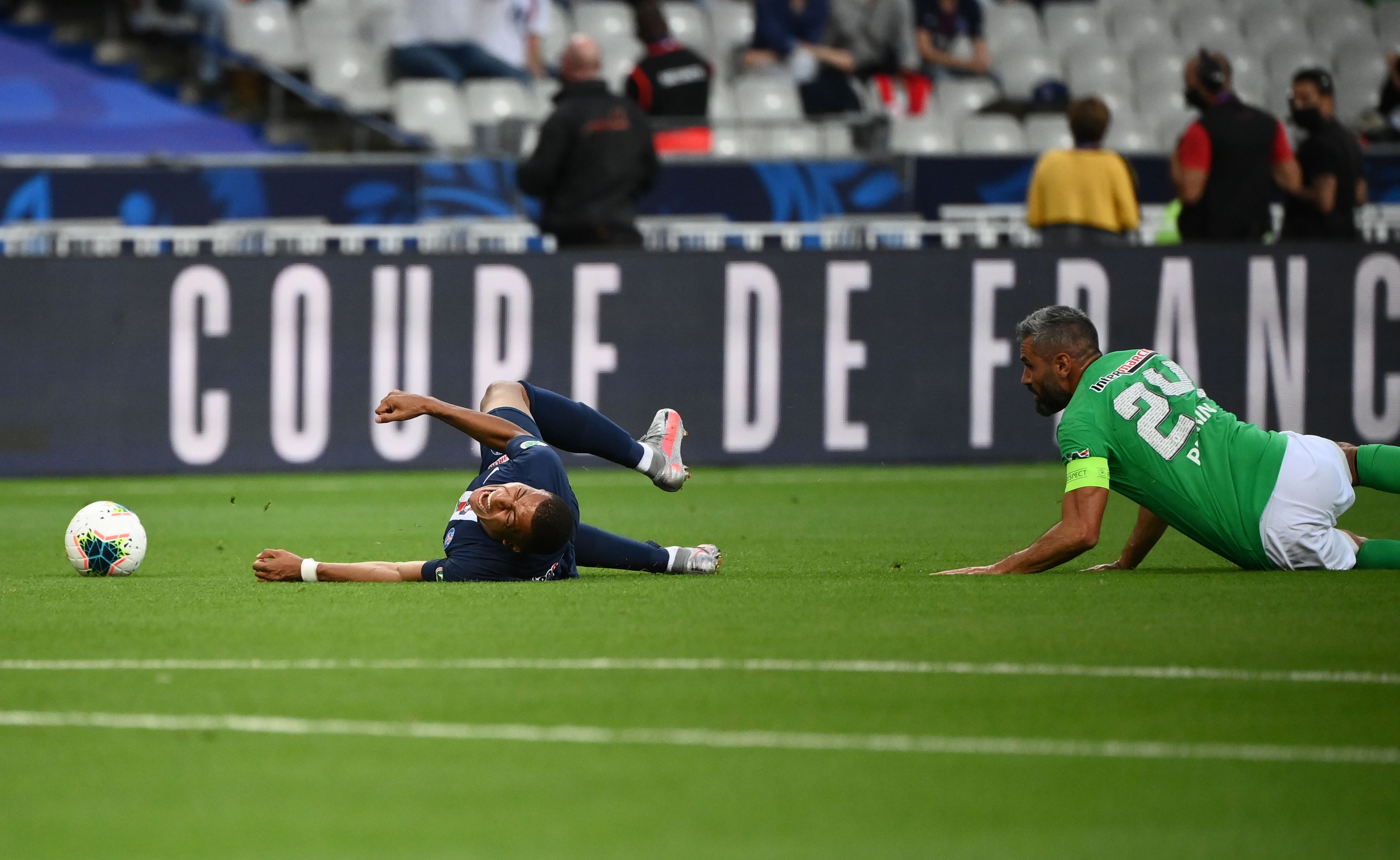 It is a massive blow for PSG as they prepare to return to competitive European action after the French league was curtailed by Covid-19.

The French champs confirmed the 21-year-old is set to be out for around three weeks after scans revealed an ankle ligament injury.

But they will be deprived of the French World Cup winner who will not have recovered in time to feature.

Mbappe was left stricken after suffering the injuring during the Coupe de France final. 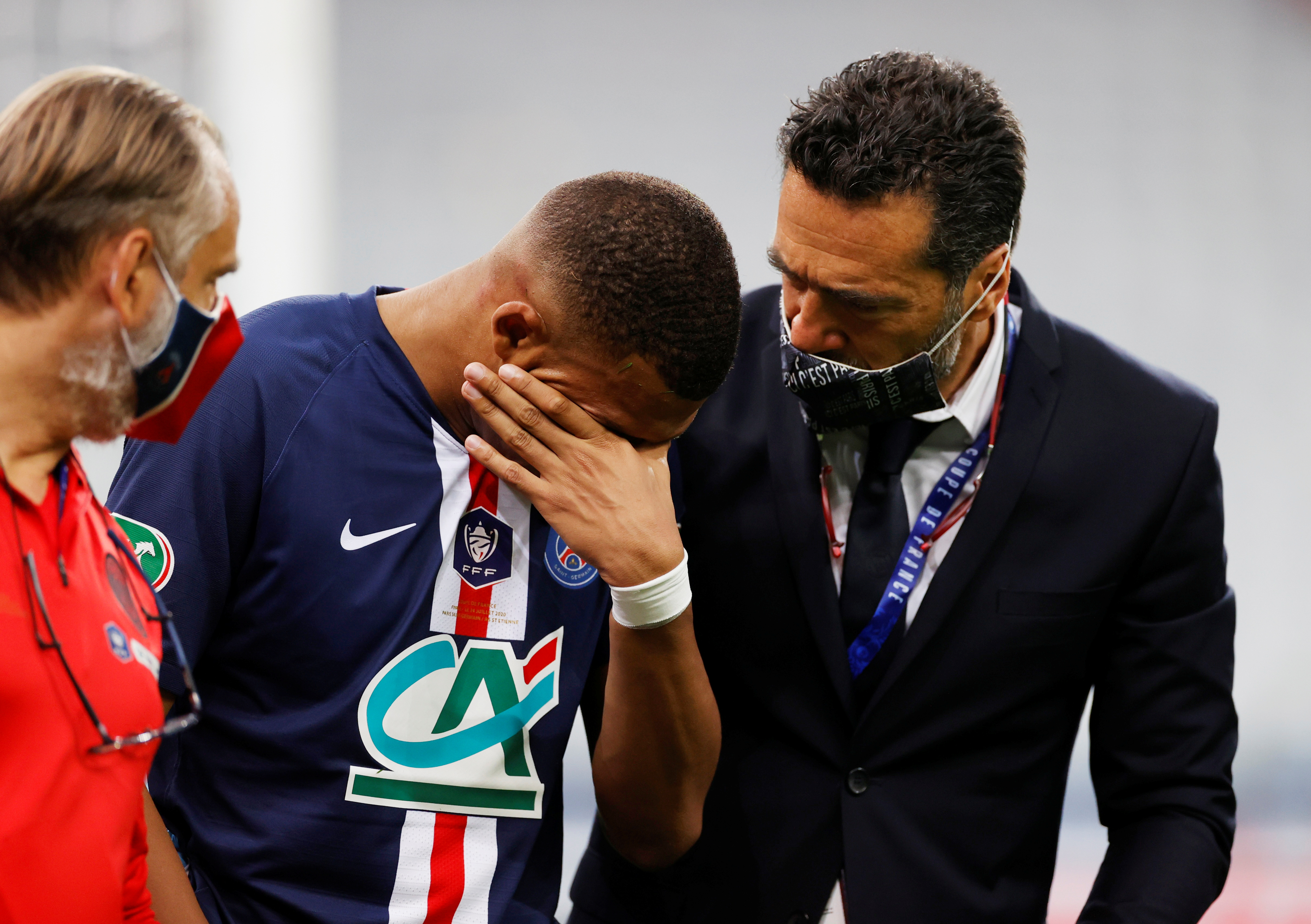 Saint-Etienne skipper Loic Perrin slid in with a horror challenge and received his marching orders after making the tackle.

The incident sparked a 22-man brawl but PSG regrouped to go on to lift the trophy after Neymar's goal gave them a 1-0 win at the Stade de France.

Mbappe was left writhing around in agony on the turf before later wiping away tears as he was helped from the field.

Mbappe revealed in a conversation with French president Emmanuel Macron that his ankle "cracked a bit".

But he did allay fears of a more serious injury by saying: "It's broken, you think? No I don't think so."

Fans were quick to blame the Fifa cover curse for Mbappe's latest injury after he was announced as EA Sports' Fifa 21 cover star.