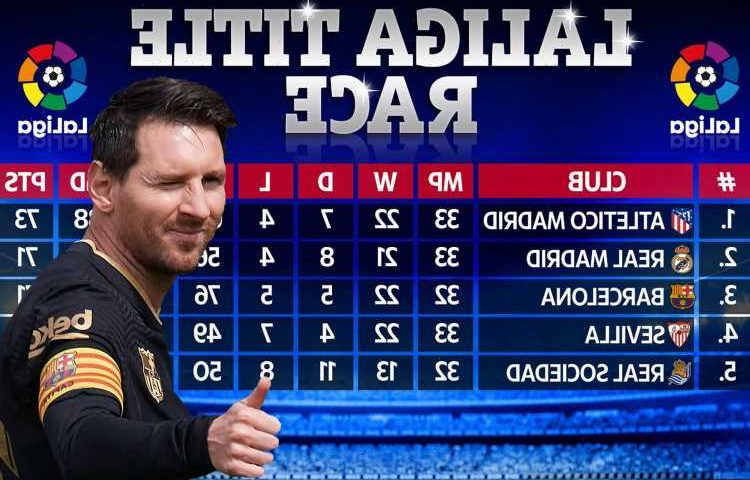 ATLETICO MADRID'S quest to win a first LaLiga title since 2014 has taken another major blow after they lost 2-1 to Athletic Bilbao on Sunday.

Diego Simeone's side were ten points clear at the top in January with a game in hand, but their lead has been cut to just two points. 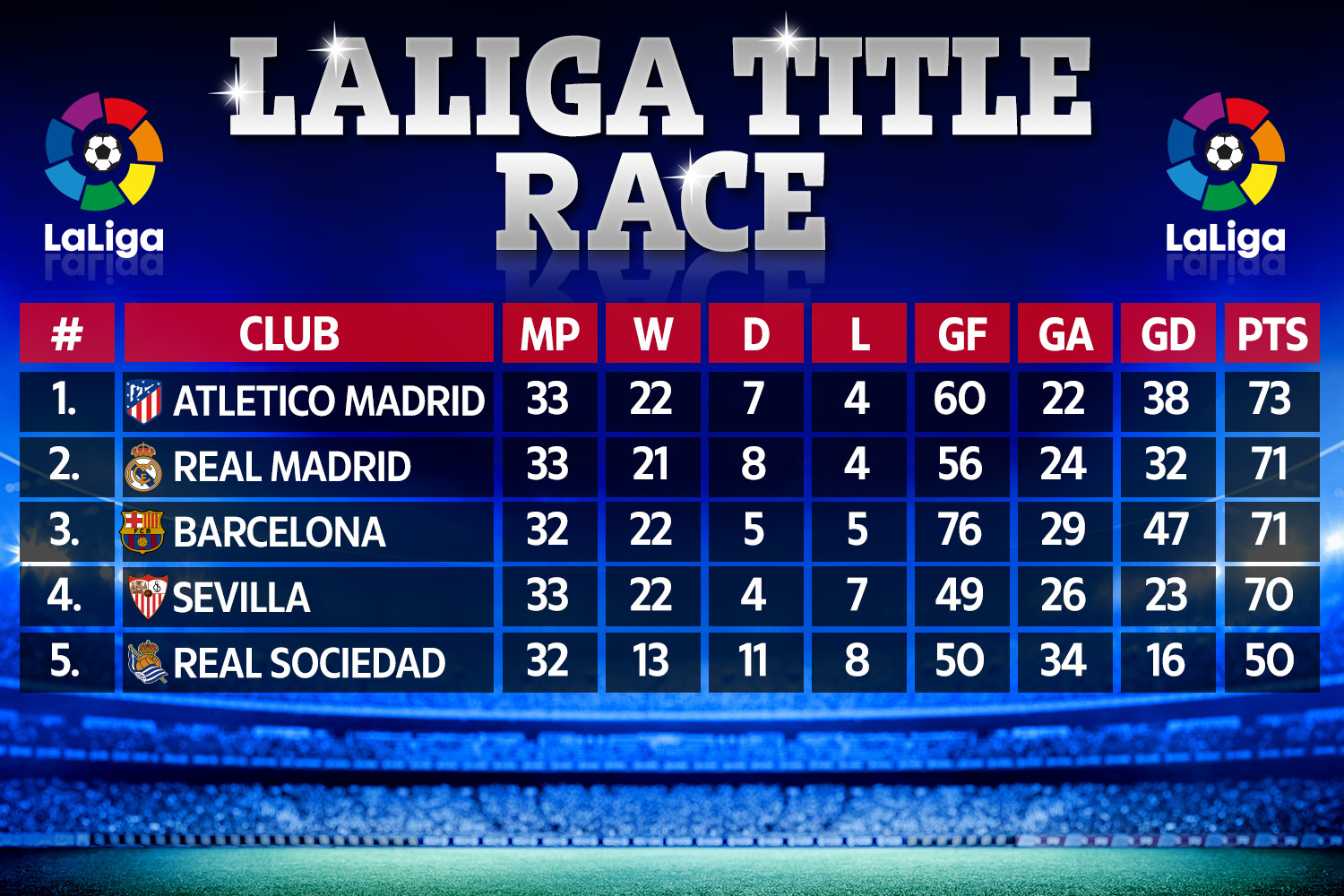 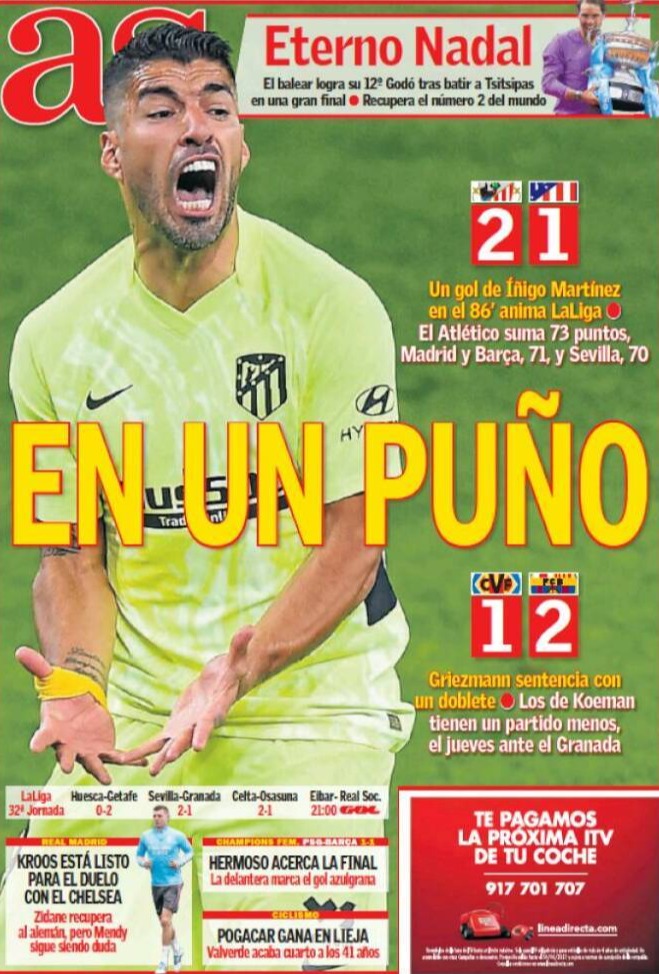 Their shocking form has seen them lose two out of their last five games, with just five wins from their last 11 fixtures.

Just three points separate the top four, with Real Madrid and Barcelona both two points behind Atletico, with Sevilla closely behind.

Incredibly, the gap between fourth-placed Sevilla and Real Sociedad in fifth is a whopping 20 points, though the Basque side do have a game in hand.

More crucially, Ronald Koeman's Barca have a game in hand, and they will leapfrog Atletico at the top should they beat Granada on Thursday.

After a slow start, the Catalan giants have been in imperious form – winning eight out of their last nine contests, including Sunday's 2-1 win against Villarreal.

In that time they have even won the Copa del Rey, where Lionel Messi's double inspired them to a 4-0 victory against Bilbao.

Last season's champions Real could only draw against Real Betis on Saturday – their second goalless stalemate in a week.

And they could be knocked out of the top three when they face Sevilla on May 9, with Marcelino's side showing no signs of slowing down. 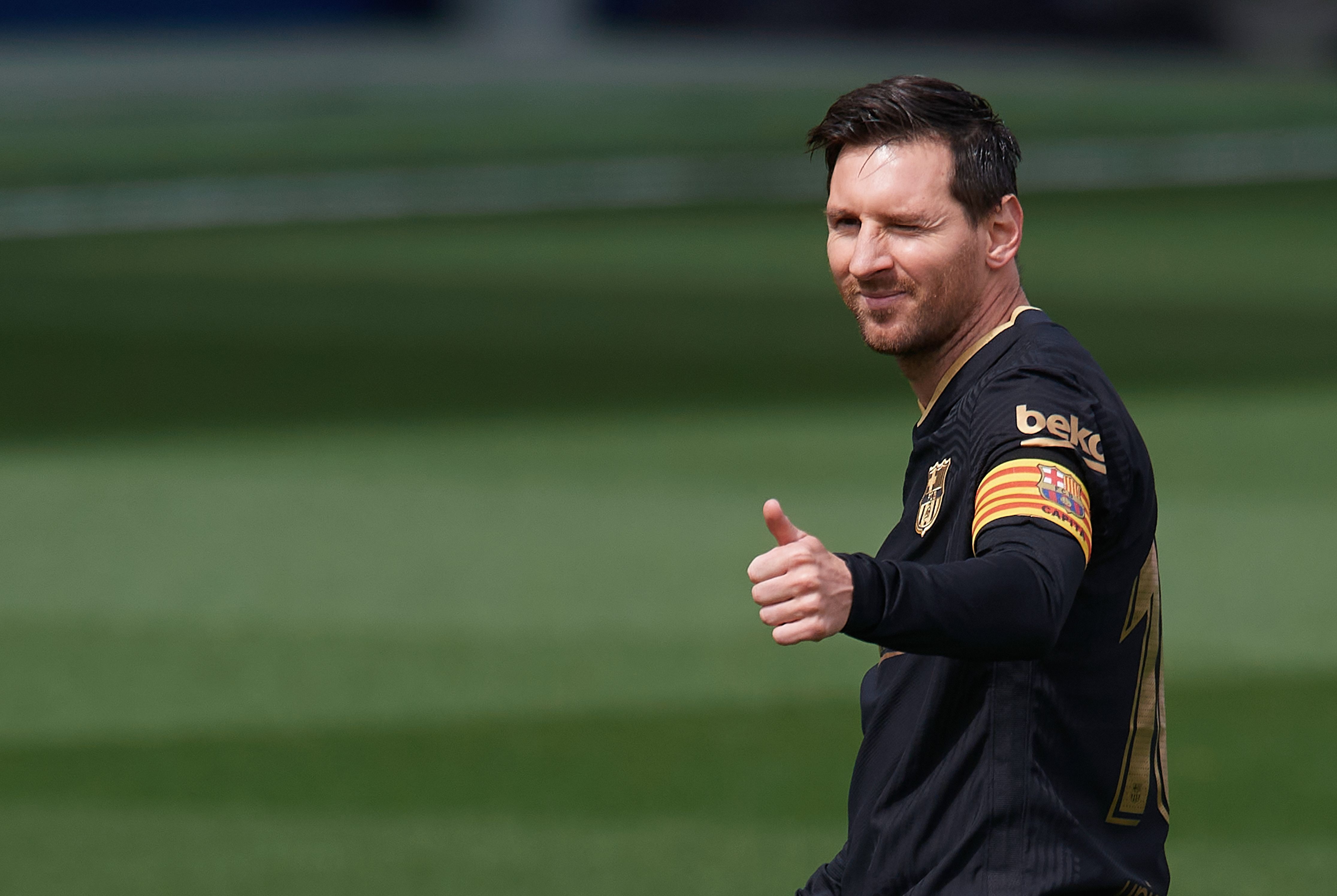 Sevilla – who edged a 2-1 win against Granada over the weekend – have picked up 22 points out of the last 24 on offer.

The title could be decided on May 8, when Barcelona welcome Atletico to the Nou Camp.

And Antoine Griezmann and Luis Suarez will be looking to haunt their former employers with both men in great form.

Suarez, 34, has banged in 19 goals in 27 LaLiga games for Atletico this term, while Barca's Griezmann has chipped in with 13 strikes and nine assists in 2021 so far.