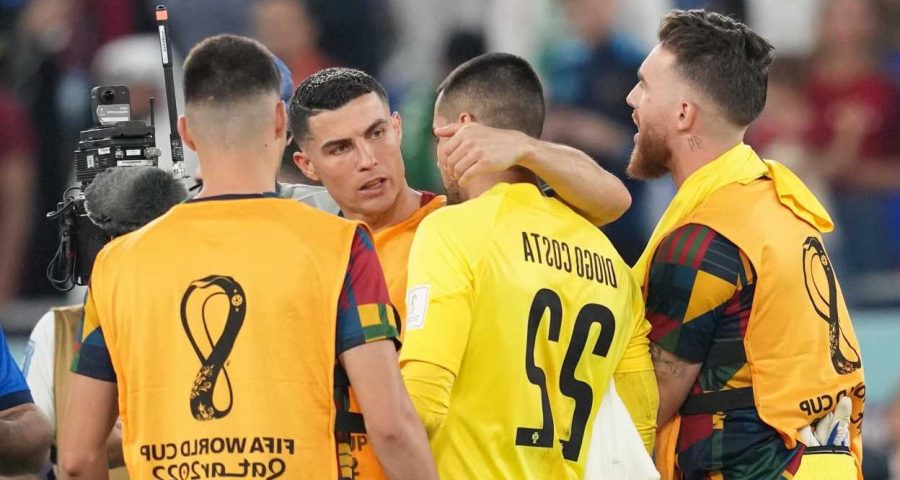 CRISTIANO RONALDO came down on goalkeeper Diogo Costa after his howler almost cost Portugal the win over Ghana.

But Ronaldo wasn't angry about Costa's mistake but instead wanted his team-mate to cheer up and forget about his error. 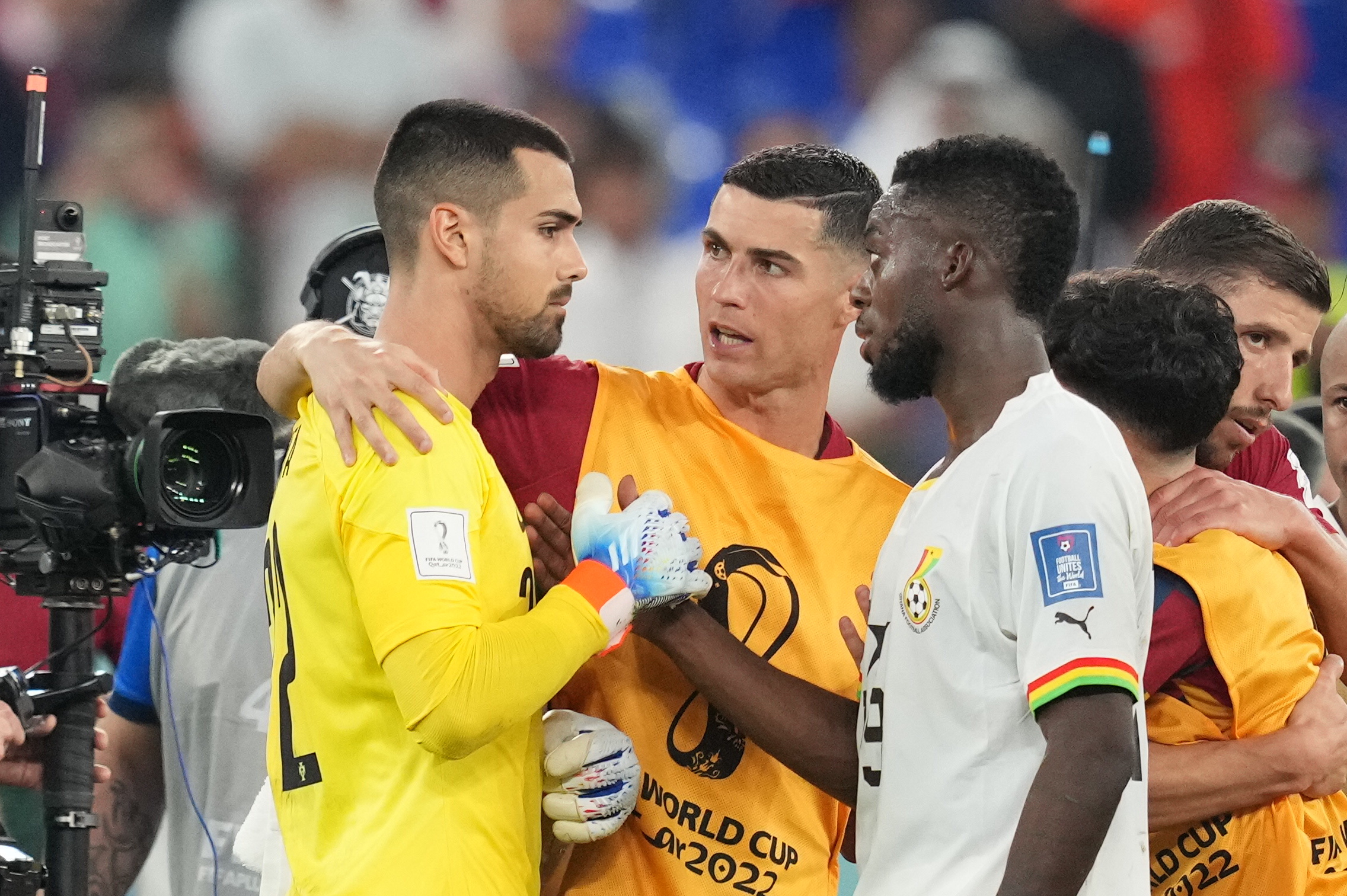 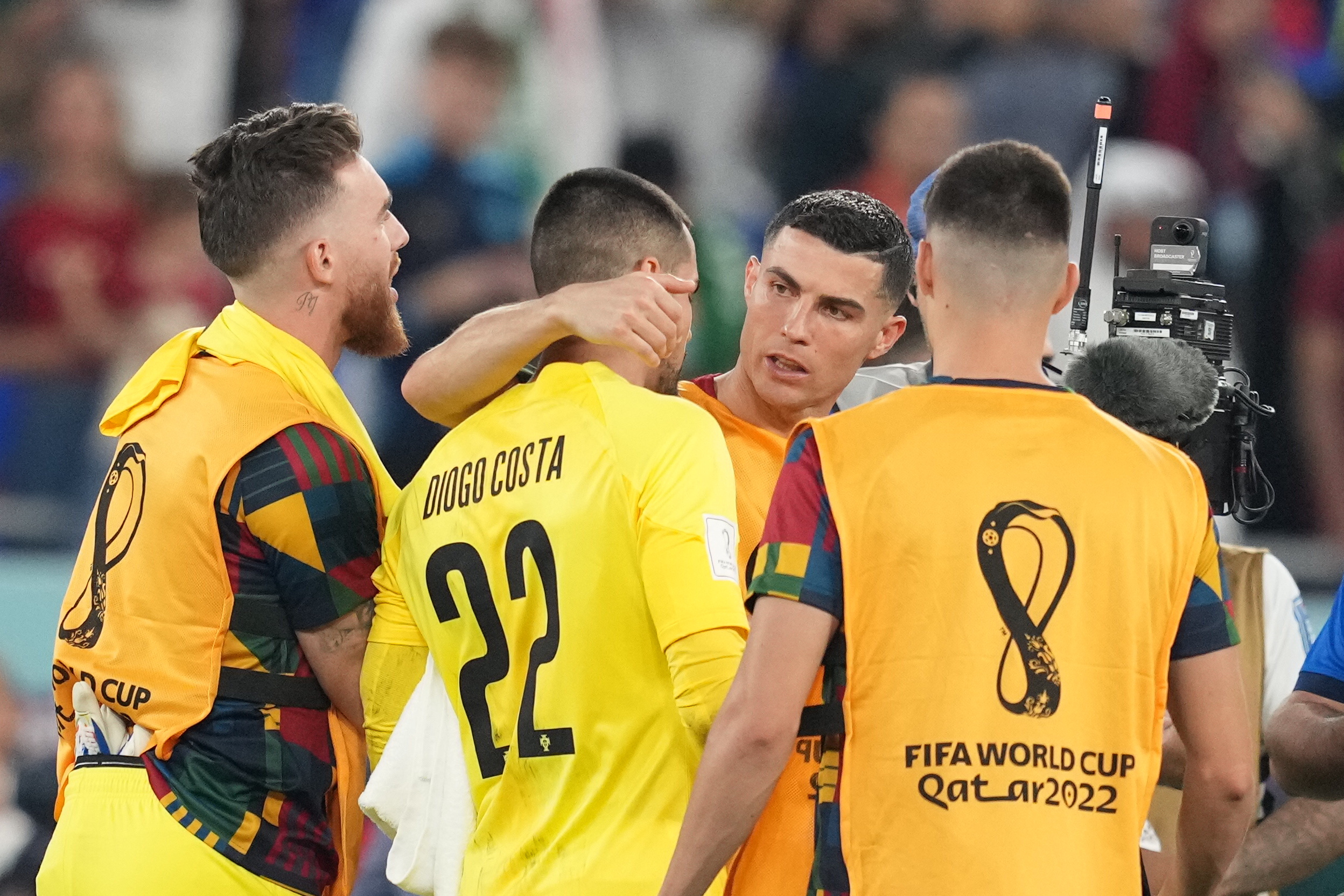 Fernando Santos' men almost gave their 3-2 lead away during stoppage time when the Porto keeper rolled the ball out in his box thinking he was alone.

However, the 23-year-old forgot about Inaki Williams, who was lurking behind him and tried to steal the ball away from him,

But thankfully for Portugal, Athletic Bilbao star Williams slipped and the danger was soon cleared away.

The Ghana star almost scored the same way Dion Dublin did for Coventry against Newcastle in 1997 when Shay Given dropped the ball without looking around.

Neymar to MISS group stages after ankle injury, hosts Qatar on the brink

Ronaldo watched in disbelief from the bench as Portugal almost wasted three crucial points that can help them go through to the Last 16 of the World Cup.

However, that didn't happen and the ex-Manchester United star carried out his duty as captain by rushing towards a deflated Costa to lift his spirits.

The five-time Ballon d'Or winner ordered his team-mate to keep his chin up and concentrate on the next crucial match against Uruguay.

Ronaldo told Costa: "Smile, we won. It didn't end in a goal, did it?

Ronaldo made history against Ghana as he became the first player to ever score in five different World Cups after opening the scoring with a penalty kick.

Andre Ayew equalised for Ghana before Joao Felix and Rafael Leao appeared to have sealed the win.

Osman Bukari put the African nation back in the game and imitated the star forward's famous Siu celebration but Otto Addo's men failed to find an equaliser.