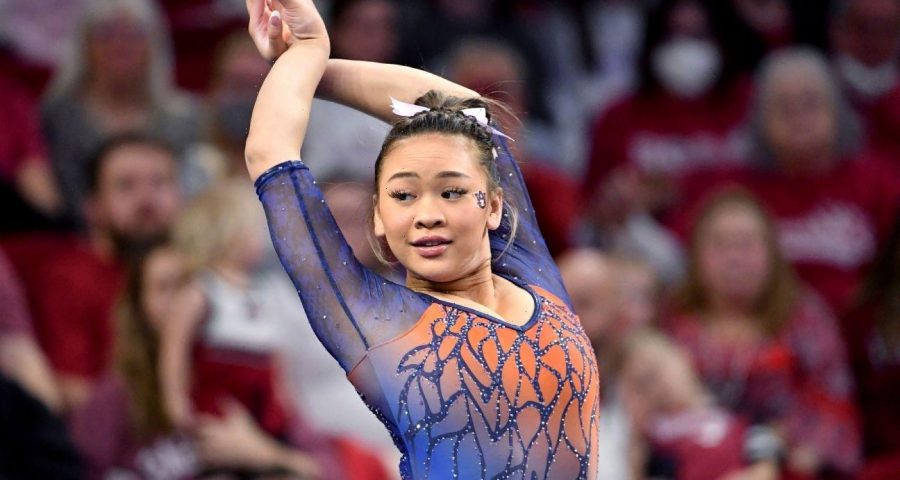 Reigning Olympic all-around champion and Auburn sophomore Sunisa Lee announced Tuesday that she would conclude her NCAA career at the end of the 2023 season to return to elite gymnastics.

In an Instagram post, the 19-year-old said she would be turning her focus to making the U.S. team for the 2024 Olympic Games in Paris.

“Today I am sharing a decision that has weighed on me for a really long time,” Lee said in a video. “As an athlete that has competed at the highest level, on the world’s biggest stage, I’ve been fortunate enough to experience that once-in-a-lifetime feeling and the indescribable emotion when a gold medal is draped around your neck. But I don’t want it to just be once in a lifetime.”

While several of her teammates from the national team, including Jade Carey and Jordan Chiles, have been competing elite and collegiately simultaneously, Lee has only competed at the NCAA level since the Olympics. Carey (Oregon State) and Chiles (UCLA) helped lead the American contingent to a team gold medal at the world championships earlier this month, and both earned multiple individual medals.

Until Tuesday’s announcement Lee had publicly said she was unsure if she would return to elite, but told ESPN she always knew deep down what she wanted to do.

“I’ve always had this tiny voice in the back of my mind telling me I wasn’t done with elite and wanted to give it another shot,” Lee said. “As you near the end of an Olympic cycle and get closer to the Games themselves, training ramps up to a point where it is completely a full-time job. Seven to eight hours a day, six to seven days a week. I know that to have the best shot to represent my country again, but I need to dedicate that time and this decision allows me to do that.”

While Lee said watching Carey and Chiles succeed didn’t motivate her decision, she did acknowledge it made her “even more excited to step back into that level of competition.”

Lee became one of the breakout stars for Team USA at the 2020 Tokyo Games where she was the surprise all-around champion, following the withdrawal of teammate Simone Biles. She became the sixth American woman in history to take home the honor, and the first woman of Asian descent. Lee also earned bronze on bars and helped lead the U.S. to silver in the team competition.

Since then, she has been awarded Sports Illustrated’s 2021 Female Athlete of the Year, the Women’s Sports Foundation’s 2022 Individual Sportswoman of the Year and been named one of the 100 most influential people in the world by Time Magazine.

Following a post-Olympics stint on “Dancing with the Stars,” Lee arrived at Auburn as one of the most heralded freshmen in program history. She became the first Olympic all-around champion to compete at the NCAA level, and one of two individual gold medalists to do so, alongside fellow freshman Carey. During her debut season with the Tigers, Lee helped lead the team to the season-ending “Four on the Floor” and she won the NCAA title on balance beam and was runner-up in the all-around competition. She also claimed the SEC title on bars and recorded five perfect 10.0 scores on the year. She finished the regular season with the highest scoring average in the country on both bars and beam.

Entering the 2023 season, Lee is expected to contend for several individual NCAA titles, as well as give Auburn perhaps its best chance to claim its first NCAA team title.

“I want to be the best teammate I can be and continue the amazing legacy we were able to build last season,” Lee said about her goals for the year.

The Tigers sold out Neville Arena’s capacity of 9,121 for all of their home meets in 2021. Earlier this month, the school announced all season tickets for 2023 had been sold and remaining single-meet only tickets would be standing room only.

While the schedule has yet to be released in full, Auburn is expected to open its season on the road Jan. 7 and will have its home opener on Jan. 20 against SEC rival Arkansas.