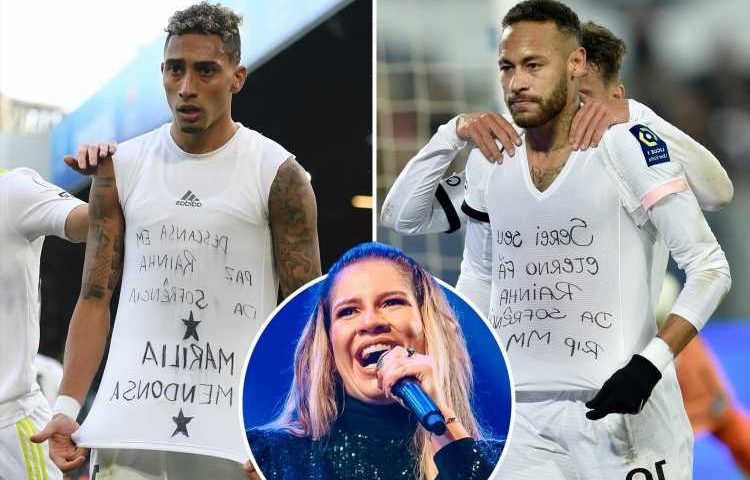 The Grammy-winning singer, 26, died in a plane crash on Friday while travelling to a concert. 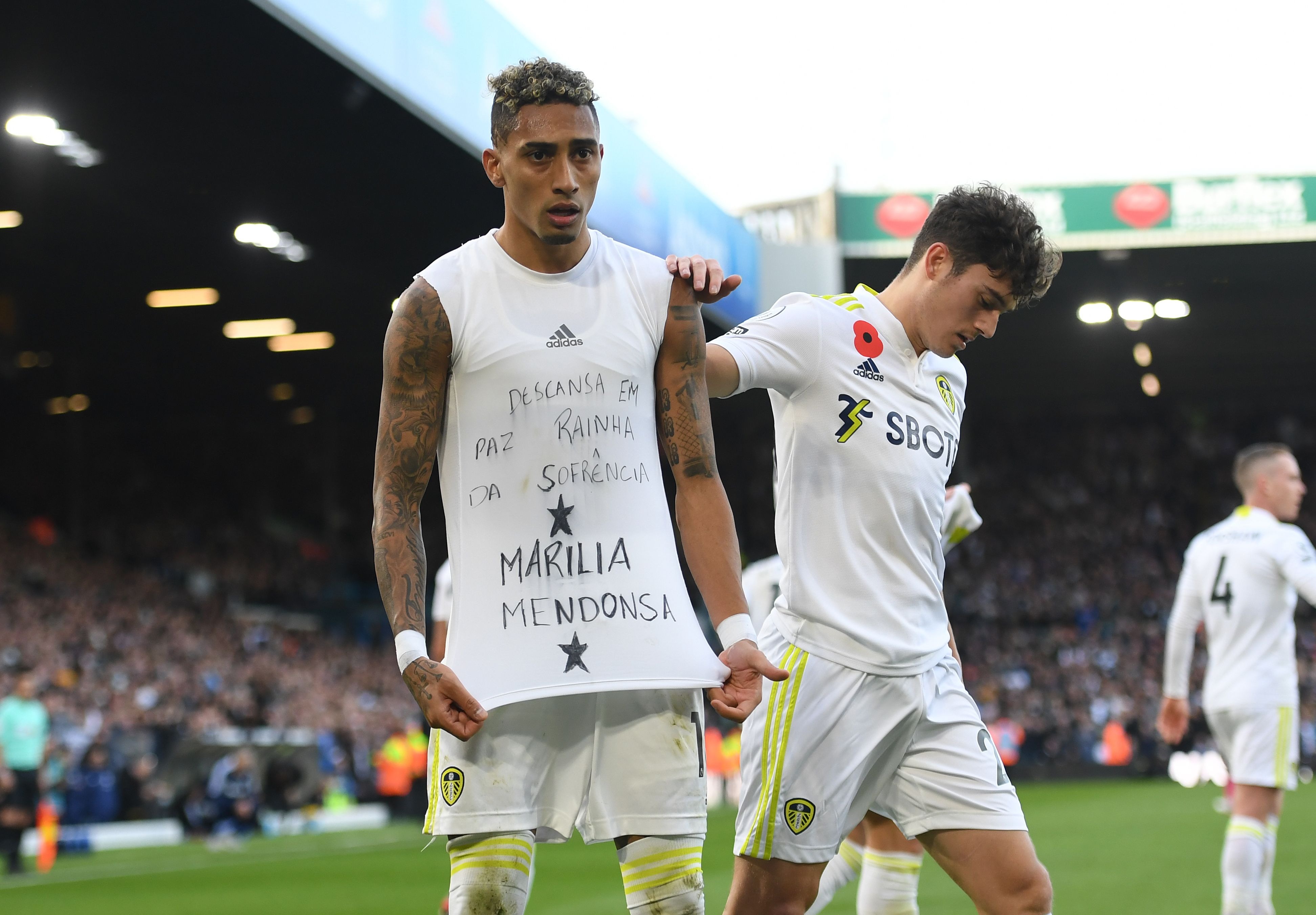 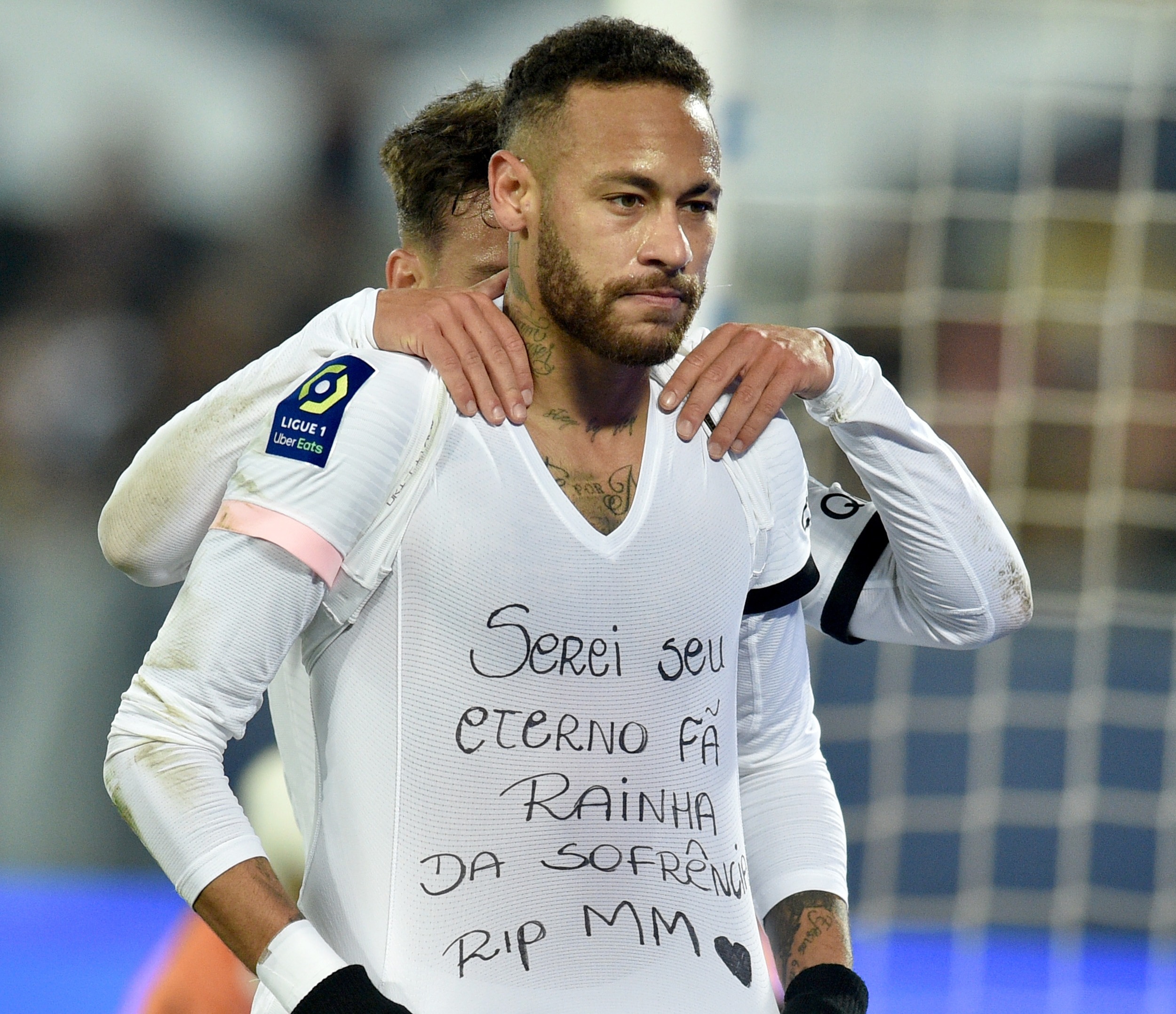 Known as the ‘Queen of Suffering’ in her homeland due to her music about relationships and heartbreak, Mendonca passed away along with four other people when their aircraft crashed in Minas Gerais.

Brazilians around the world have been in mourning since the devastating news broke.

And Leeds star Raphinha revealed a tribute on his shirt to Mendonca when he scored in Sunday’s 1-1 draw with Leicester.

It read: “Rest in peace, Queen of Suffering.”

Neymar’s jersey read: “I will be your eternal fan, Queen of Suffering, rest in peace.”

He told followers: “I refuse to believe. I refuse.

“I swear I went to sleep asking God that everything was a dream and that today, I just woke up from a nightmare.”

Medonca’s death was confirmed in a statement by her staff on Friday, with the singer leaving behind a two-year old son.

It read: "With immense regret, we confirm the death of singer Marilia Mendonca, her producer Henrique Ribeiro, her uncle and advisor Abicieli Silveira Dias Filho, the pilot and co-pilot of the plane, whose names we will preserve at this time.

"The plane took off from Goiania. bound for Caratinga/MG, where Marilia would have a presentation tonight.”

Brazil’s government also issued a statement via its culture department, saying: "Marilia Mendonca leaves behind a legacy for Brazilian regional music and culture. She will certainly not be forgotten.” 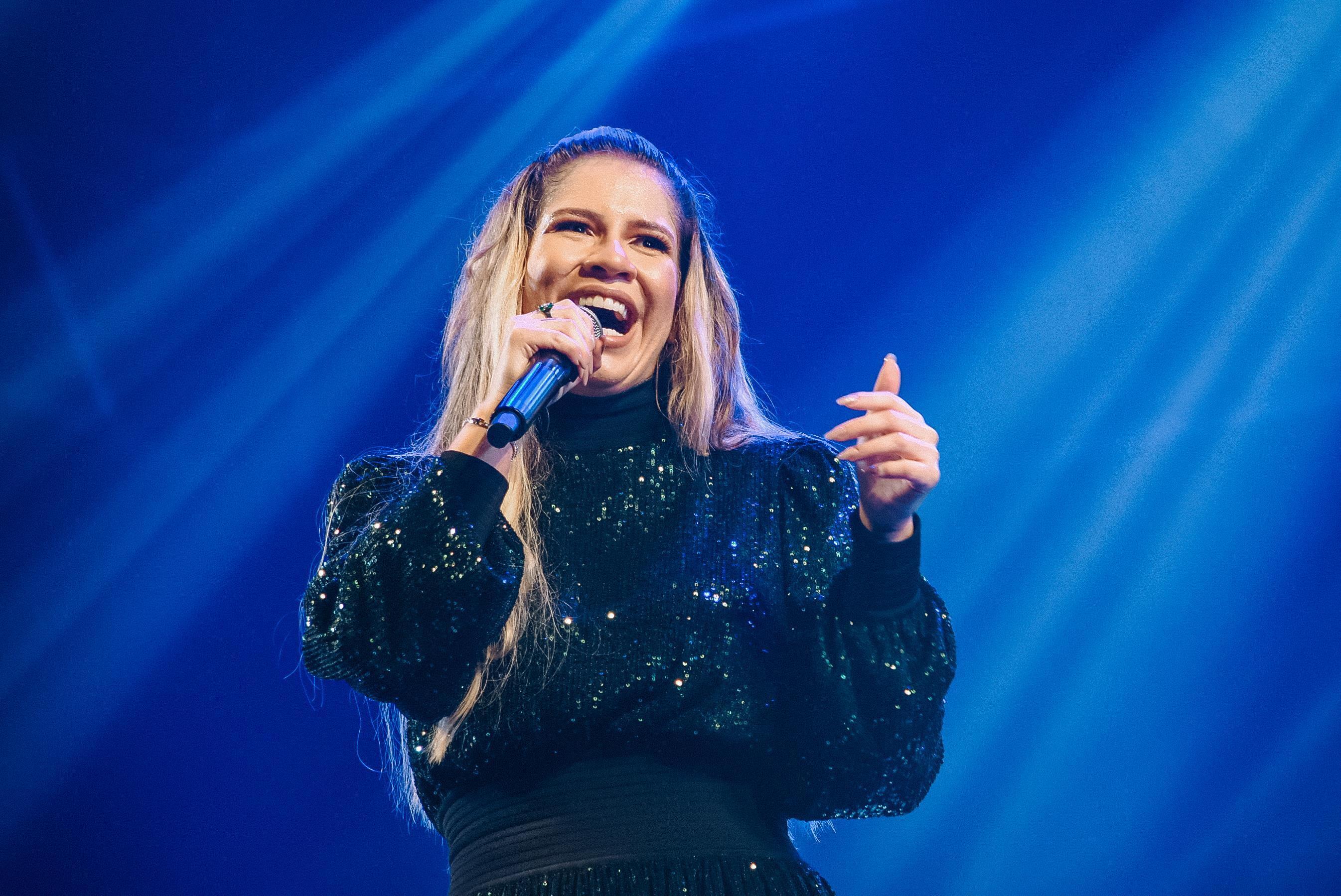