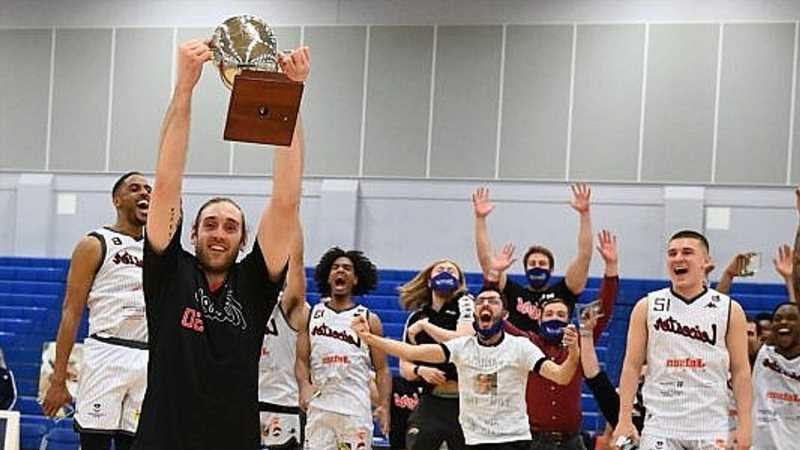 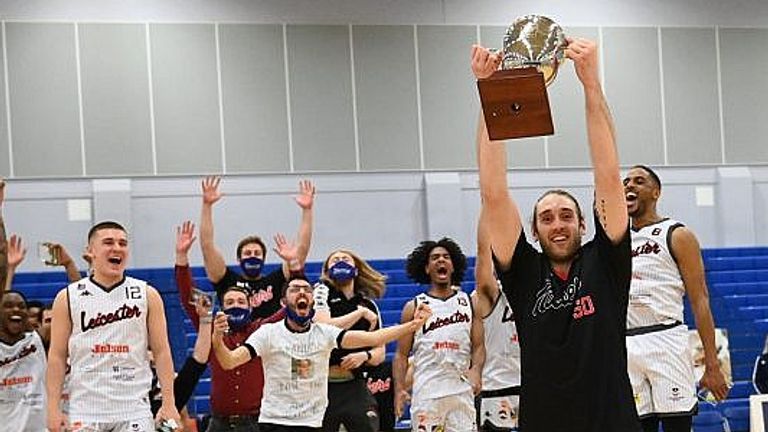 The Leicester Riders won the BBL Championship for the fifth time in their history on Sunday as they toppled the Cheshire Phoenix 97-65 to snatch the title back from the London Lions.

London secured second place thanks to their 10th straight win, while at the opposite end of the table the Bristol Flyers clinched the eighth and final playoff berth after edging out the Manchester Giants.

Having missed previous opportunities to claim their crown after losing two of their last three games, Riders were all business as they led from the early stages after Geno Crandall’s ‘and-one’ play capped a run of seven unanswered points to make the score 19-11.

It was double-digits by the end of the opening period, a pair of huge dunks from William Lee helping the score to 25-15, and when Jamell Anderson added a pair of three-pointers it reached 35-20 shortly after. From there the title always looked secure, and it was settled when Mustapha Heron scored six in a 12-2 push to open the second half, sending the lead through 30 points.

Riders were led on the day by a double-double of 19 points and 11 rebounds from Darien Nelson-Henry, as he shot 9-12 (75 per cent) from the floor and added four assists.

“It’s an amazing feeling,” said head coach Rob Paternostro “It came down to the last day and I’m so proud of all the guys. I said to them in the locker room before the game that we’re ready, they looked focused and like they weren’t going to be denied today, and you saw that on the court.

“In a season with so many close games, we were able to put this one to bed pretty early, and it felt great to be able to celebrate with our team.

“At the beginning of the season I said to the guys that this was going to be a season like no other, we were going to be challenged in many ways, and we were. Not just the coronavirus, but the injuries that we had, the tough schedule and the tough league. When you’re at the top of this league, you’ve got to feel proud.”

Their opponents Cheshire had sealed their place in the postseason on Friday with an 85-69 victory over the Glasgow Rocks, during which Kahron Ross led the way with a game-high 20 points alongside four rebounds and four assists. Jalen Hayes also had 19 points on just 10 shots.

Earlier in the day, Lions had held up their end of the bargain in the title chase, making it 10 straight wins by beating Glasgow 73-68 at the Emirates Arena, although it proved to be in vain. They were led by 17 points from Dirk Williams and 14, including key scores, from Orlando Parker.

After a tight first half, Lions hit an 11-2 surge midway through the third quarter as Parker scored nine points in that spell to make the score 52-36.

🎥 @London_Lions up double-figures as @Oparker21 scores five in a row.

Josh Ward-Hibbert came from the bench to score all of the points in a 7-2 start to the fourth as the lead reached 20 at 65-45; and Lions needed that cushion when the hosts came charging back to within three points with 30 seconds to play, until an emphatic dunk from Fahro Alihodzic settled it.

Just behind them, Plymouth Raiders secured third spot in the table, making it 13 wins in their last 14 games, and four in a row, with a 79-76 defeat of B. Braun Sheffield Sharks at Plymouth Pavilions.

The hosts led from midway through the first quarter after 10 straight points, with five different scorers, helped them to a 16-12 lead as they allowed Sharks just one score in five and a half minutes.

The lead reached 51-38 when Mike Morsell hit a three-pointer to cap an 8-2 tear in the third quarter, but Plymouth were made to work for the win as Sharks got back to within one point with 30 seconds to play. That was until Ricky McGill hit all four of his free-throws to close the game out as he led all scorers on 19 points.

Bristol came out on top in the battle for eighth after coming from behind to beat fellow play-off chasing Manchester, with whom they shared a 10-18 record, 83-81 at the National Basketball Performance Centre.

The Flyers, having lost five in a row, found themselves trailing by eight points with nine minutes remaining as the Giants appeared to be in pole position for the playoffs.

But the visitors rattled off a quick six straight points, including a big Marcus Delpeche dunk, to get back to within one shot and eventually tied the game when GB international Ben Mockford hit a big three-pointer inside the last four minutes.

That sparked a run of nine straight points, capped by another Mockford triple as he scored eight points in the last five minutes, with Flyers holding Giants scoreless for three minutes to snatch an 81-75 lead to take the game.

Courtesy of having the head to heads on both Giants and Surrey Scorchers, Bristol now cannot be caught in eighth place.

You thought that one was big?

This one was HUGE! pic.twitter.com/0OX42L5sGb

That was decided when Newcastle Eagles beat Scorchers 87-82 behind a huge 34 point haul from Rahmon Fletcher, consolidating Newcastle’s position in the top four as they bounced back from a run of three defeats in four games.

Eagles started fast and led 18-8 on a pair of Fletcher scores, with the lead peaking at 70-55 in the third quarter after the BBL’s leading scorer made an ‘and-one’ play followed by a three-pointer.

Newcastle needed that cushion as Surrey, fighting for their play-off hopes, came back at them in the fourth. Eagles held on though, despite not making a field goal in the last five minutes as their final seven points came from the free-throw line.