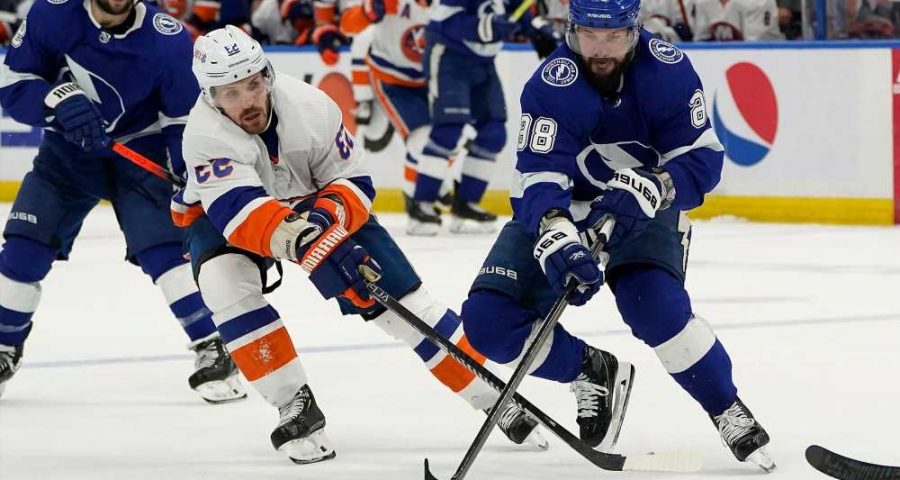 The Islanders were unable to keep up with the Lightning in Game 2 at Amalie Arena on Tuesday, falling 4-2, evening their semifinal series at one apiece.

The Islanders halved the Bolts’ lead late in the third period on a goal by Mathew Barzal.

Semyon Varlamov gutted it out for the Islanders, leaving midway through the first after a net-front collision, only to return for the start of the second period. The netminder finished with 23 saves. Rookie Ilya Sorokin stopped all six shots he faced in 6:50 between the pipes to end the first period.

Brock Nelson notched his seventh goal of the postseason in the first period.

Game 3 of the semifinal series will take place Thursday at Nassau Coliseum.