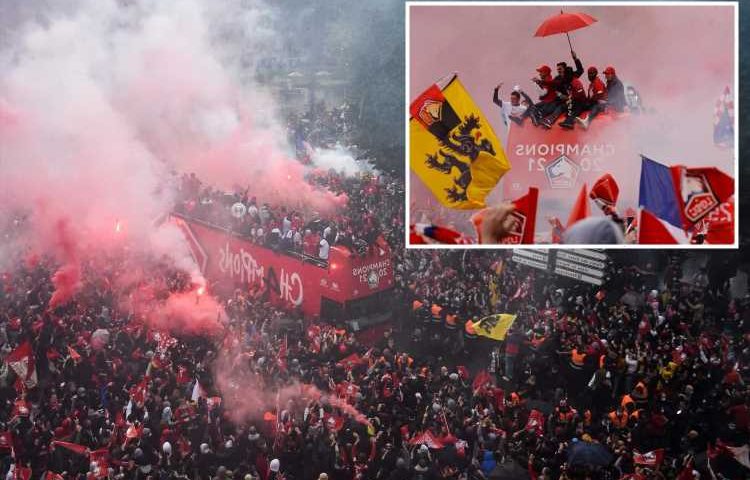 There were emotional scenes of jubilation in the city centre as Lille supporters cheered on their heroes. 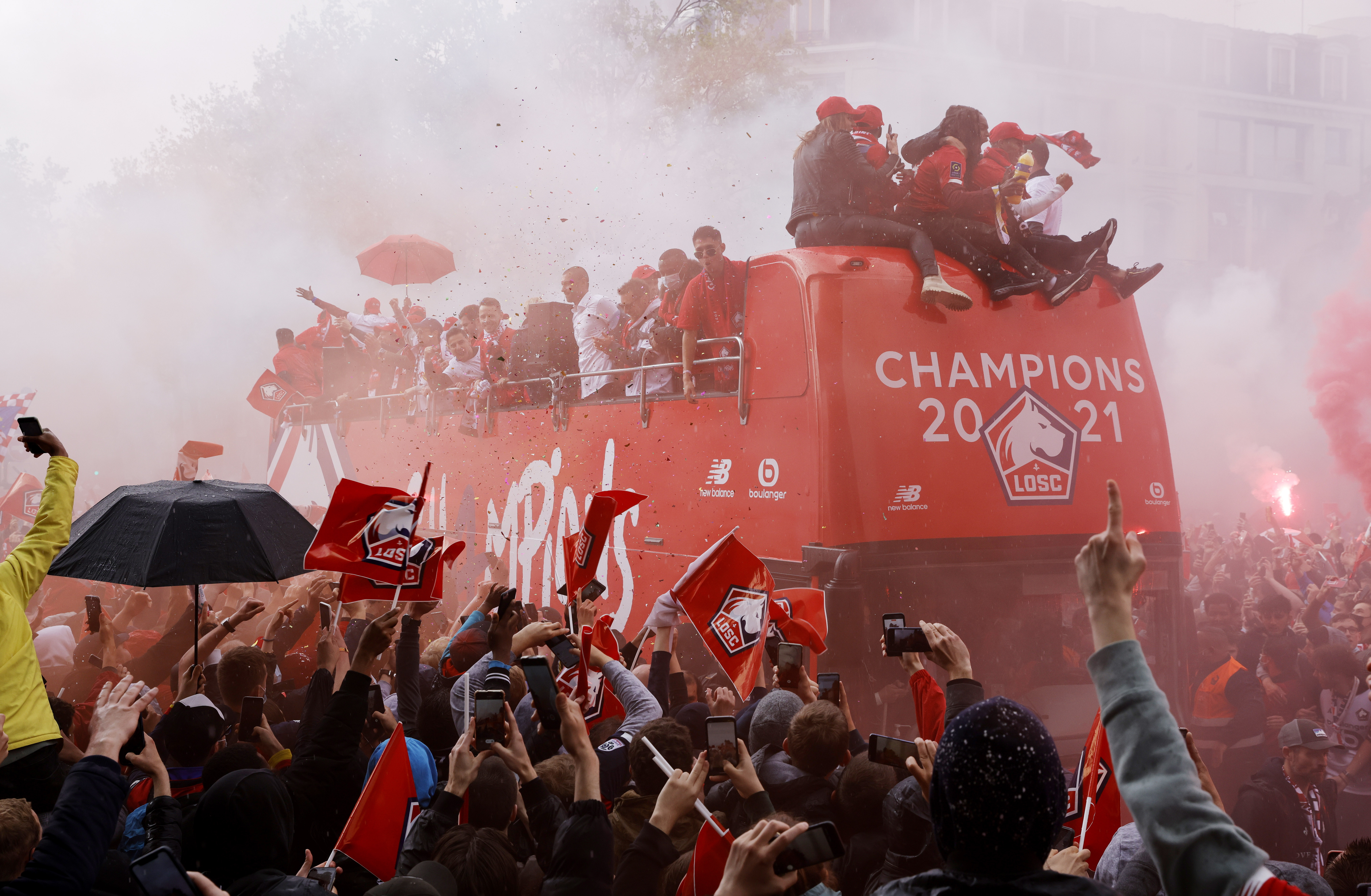 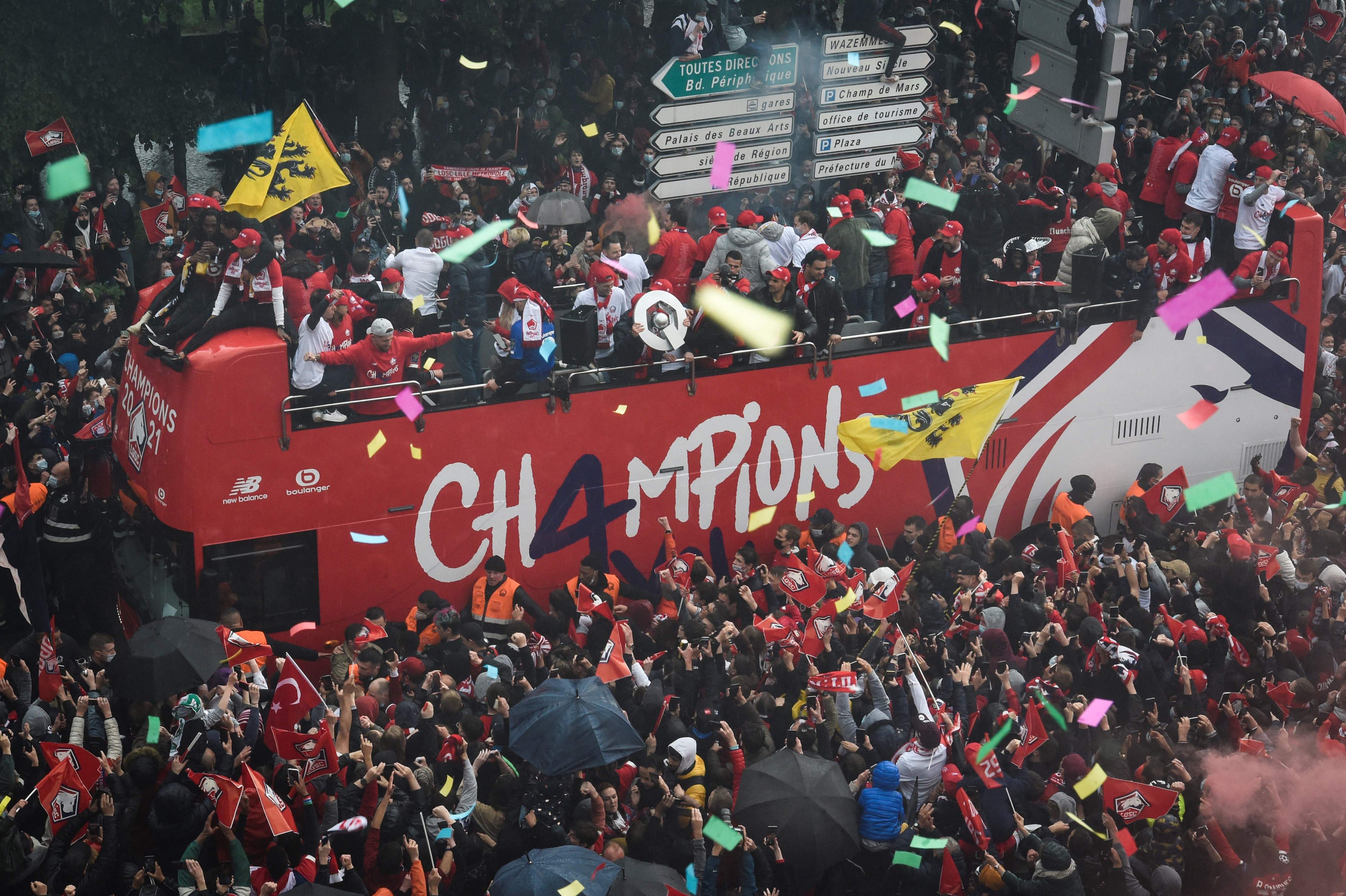 A sea of red greeted the players as they made their way through the town.

Lille had been presented with the Ligue 1 trophy at their training ground earlier in the day.

And they proudly showed off their fourth-ever French crown after a famous triumph over big spenders Paris Saint-Germain.

Lille finished just one point above Mauricio Pochettino’s side after beating Angers 2-1 away from home.

PSG made sure they did their part with a 2-0 win at Brest.

But it was meaningless as Lille secured the victory needed to guarantee a first title since they were led to glory by a young Eden Hazard in 2011. 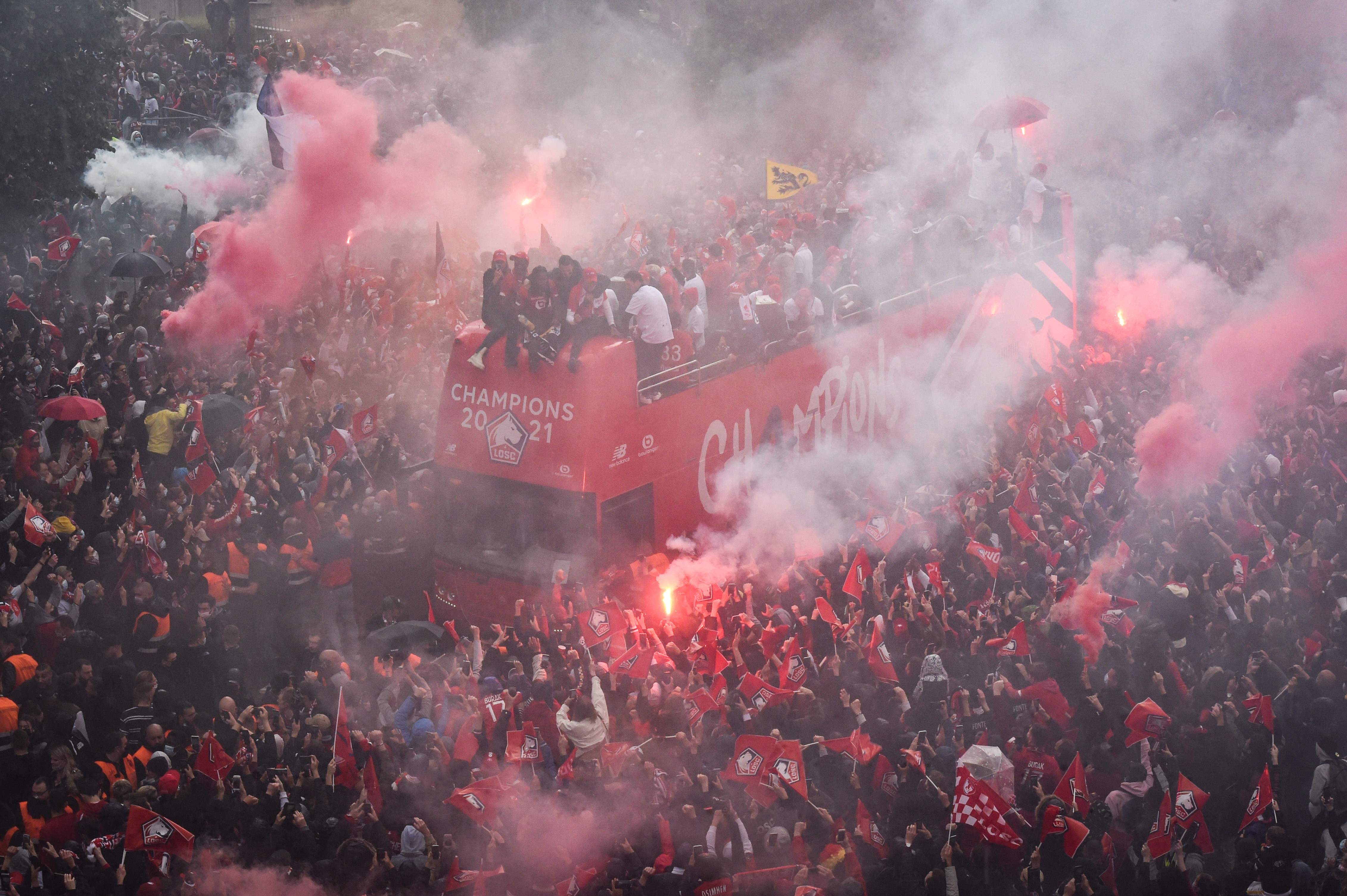 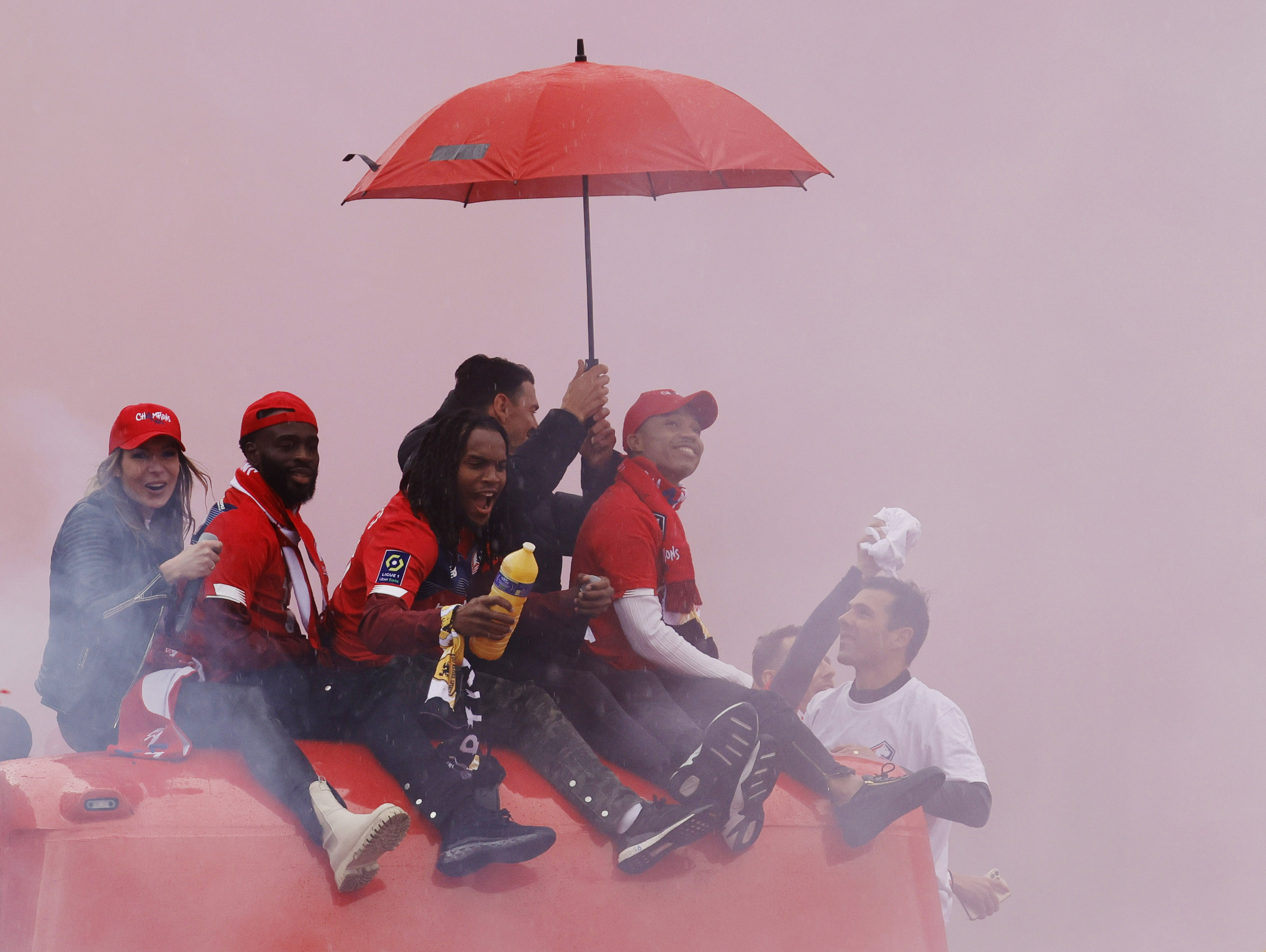 And Burak Yilmaz’s penalty had his side looking comfortable before half-time.

A late strike from Angelo Fulgini gave Lille a scare, but they rode out the last few minutes to clinch title glory.

Lille’s next task will be to hold on to a squad filled with new superstars. 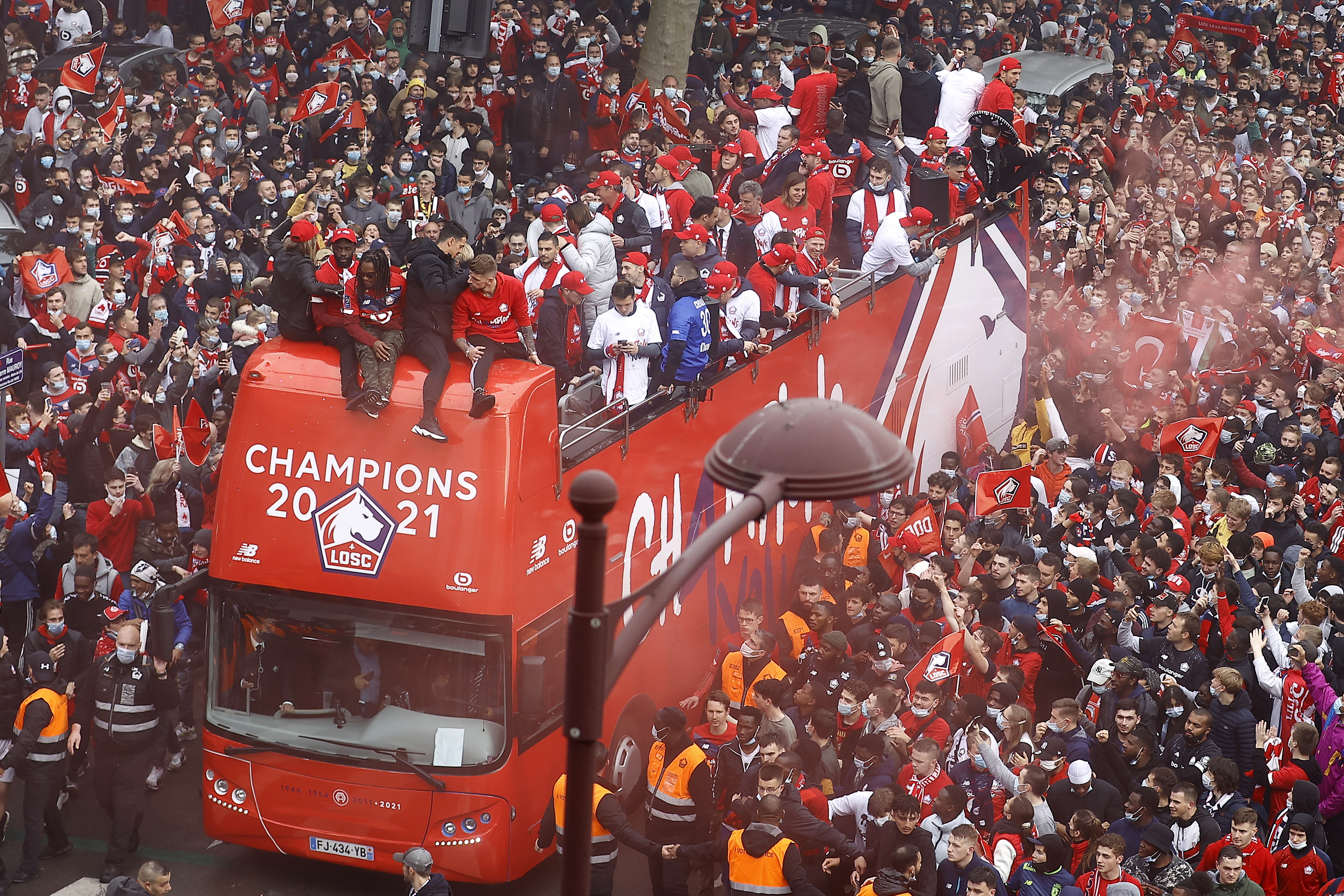 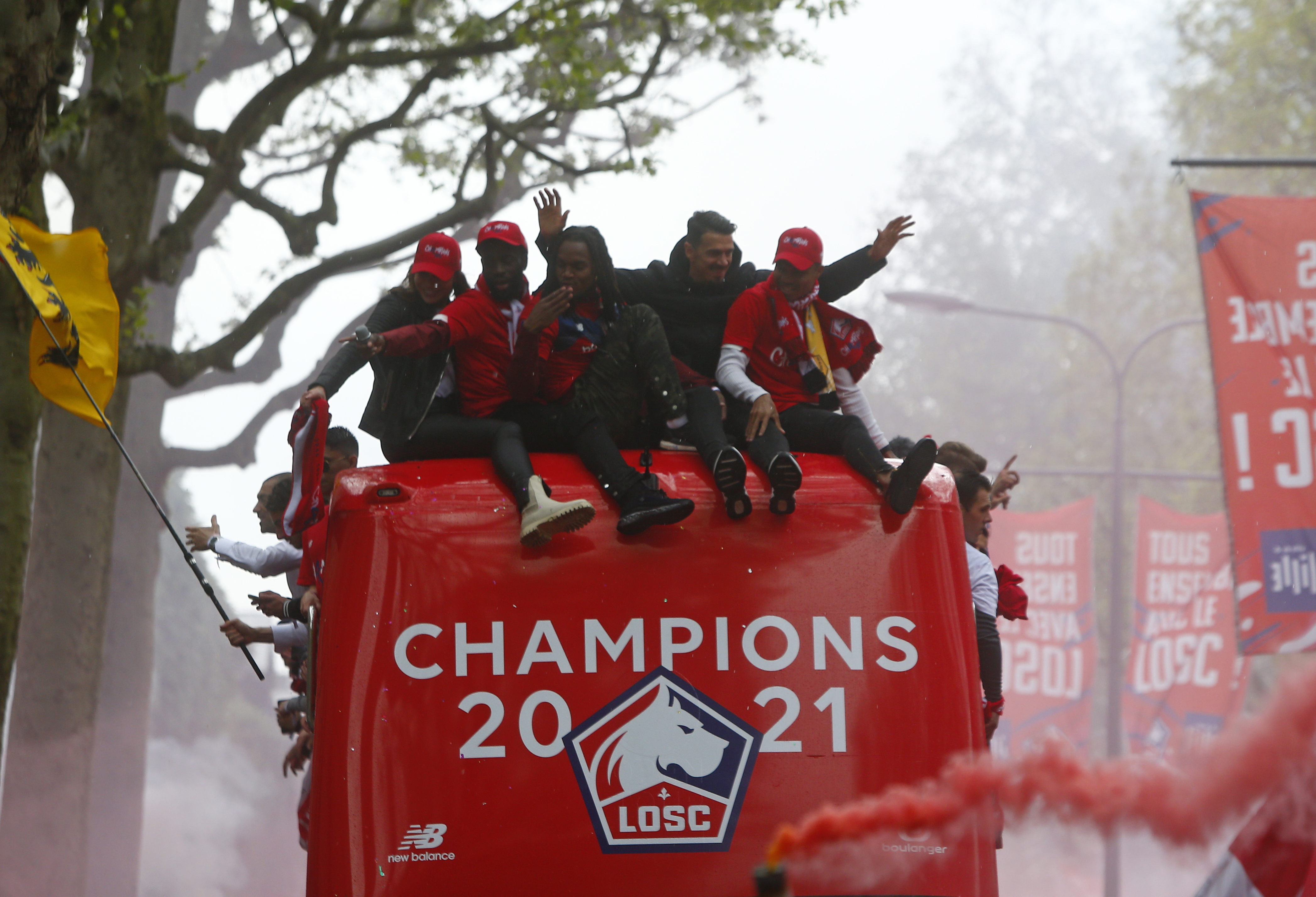 Former Bayern Munich prodigy Renato Sanches looks like a player reborn in midfield after working his way back into Portugal’s Euro plans.

And goalkeeper Mike Maignan is reportedly being lined up by AC Milan as a replacement for Gianluigi Donnarumma.

Elsewhere, Jonathan Ikone and Jonathan Bamba have been superb on the wings.

And David’s 13 goals are sure to put him on the radar of some big clubs too. 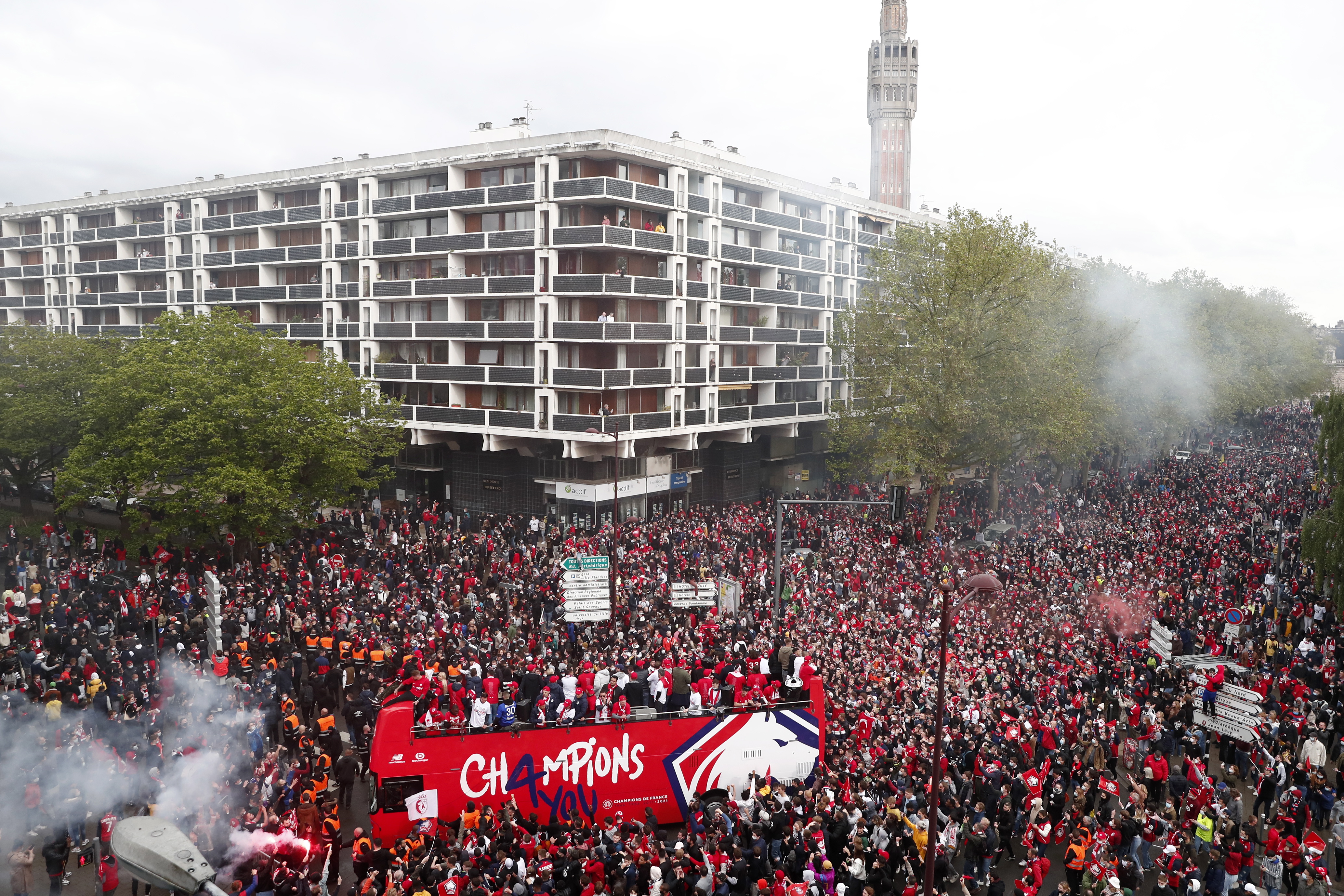 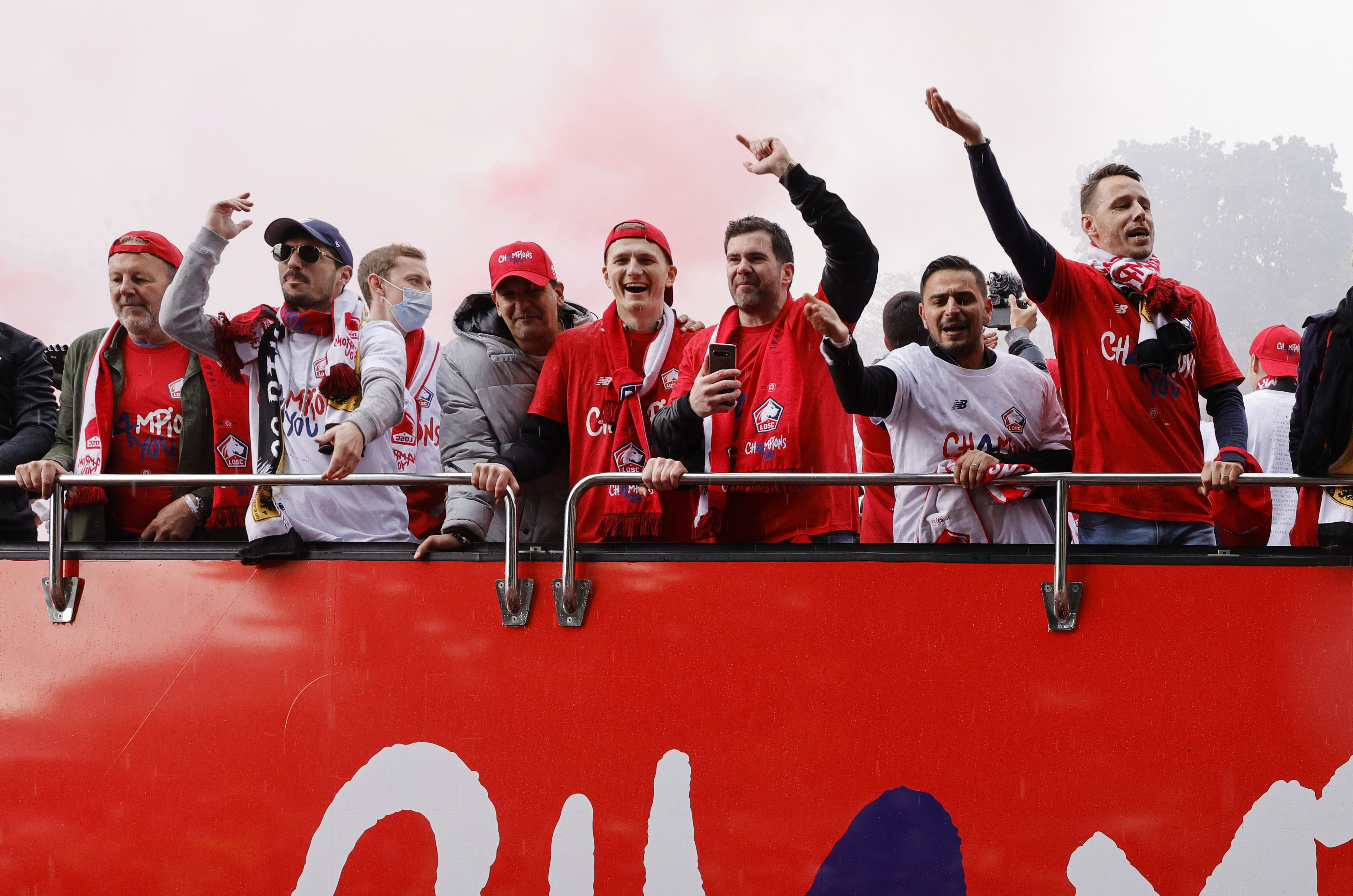 But Lille may have already lost the battle to keep boss Christophe Galtier.

Reports in France claim he will take charge at rivals Nice this summer and that a deal has already been agreed.

All that’s left is for Nice to strike financial compensation with Lille after chiefs decided to wait until last night’s Ligue 1 outcome before making their official approach.

Fellow French side Lyon and Italians Napoli have also been linked, having sacked Rudi Garcia and Gennaro Gattuso respectively. 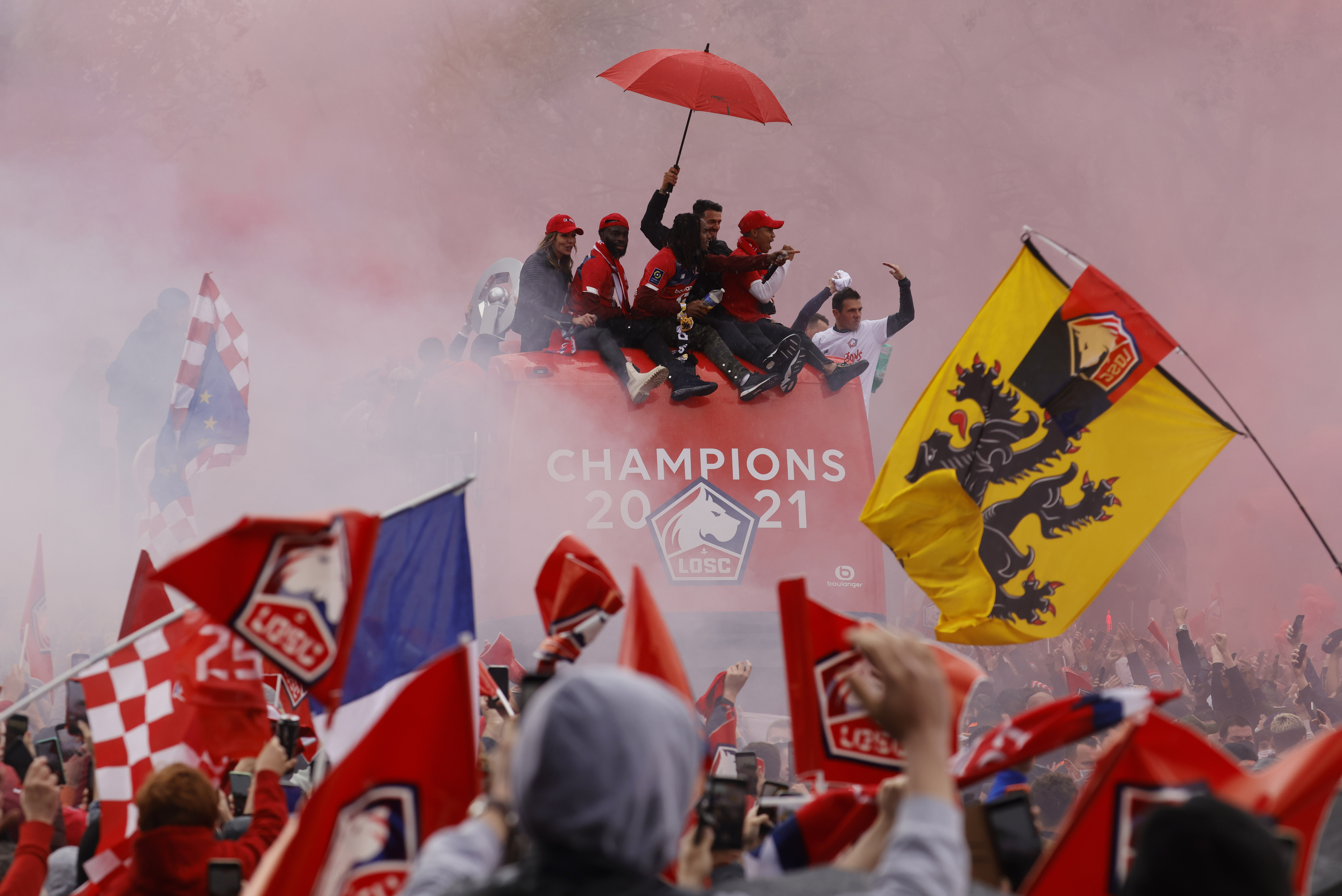 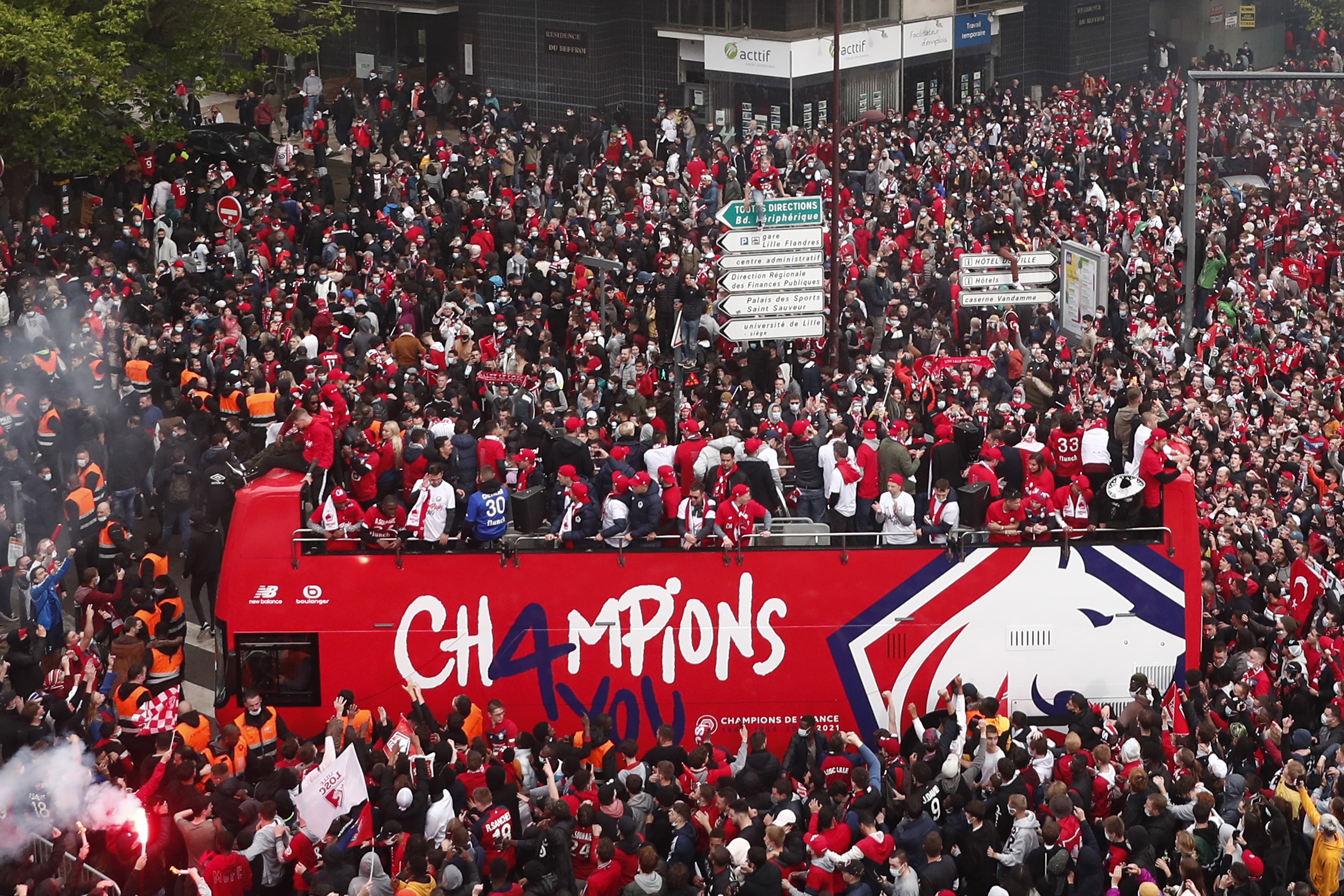