VIRGIL VAN DIJK is reportedly back in light training for Liverpool after suffering a horror knee injury in the Merseyside Derby.

A challenge from Jordan Pickford went unpunished in the early stages at Goodison Park but left the Dutchman with a ruptured cruciate ligament. 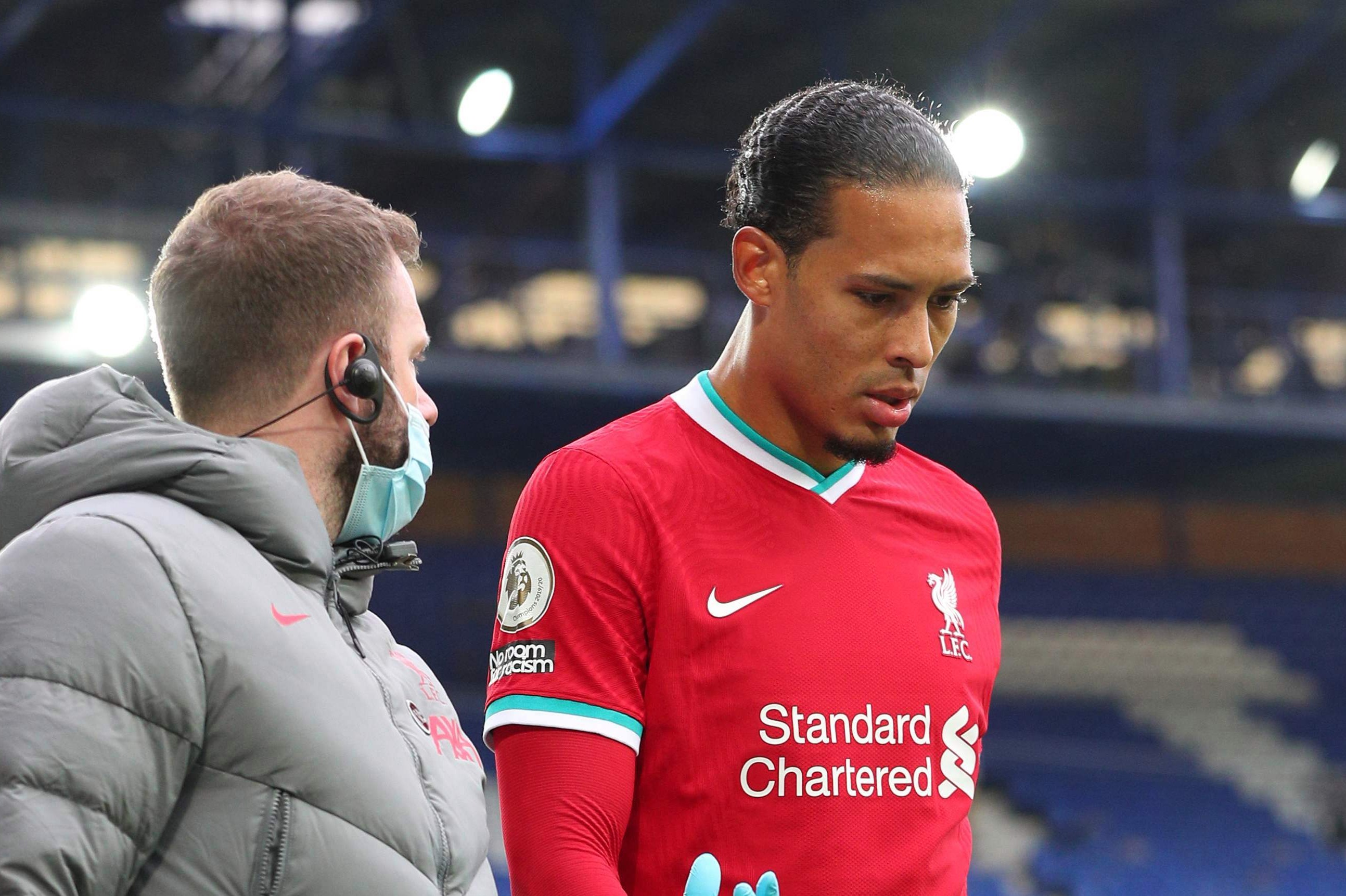 The Reds confirmed last month that van Dijk had undergone a successful operation in London.

And the Mail report on the centre-back returning to light training at Liverpool's new AXA Training Centre.

There are said to be renewed hopes that van Dijk can return to action this season, having initially thought to be out until next summer.

The player's new training programme consists of low impact work with the more intensive second phase of his rehabilitation still to come.

Despite picking up seven points in the Premier League, they are yet to keep a domestic clean sheet since the injury.

Van Dijk's absence has coincided with a defensive injury crisis at Anfield, with Fabinho, Joe Gomez and Trent Alexander-Arnold all out of action.

Jurgen Klopp called up academy product Nat Phillips for the recent win over West Ham and hailed the 23-year-old as 'confident'.

But the German coach continues to be unhappy with the circumstances surrounding van Dijk's injury.

Everton goalkeeper Pickford was neither sent off nor received retrospective action for the challenge, which also dodged conceding a penalty as the Liverpool star was offside.

The injury was because of a very strange decision by [Pickford] which made it hard to deal with.

Klopp told the Mail: "With the Virgil van Dijk situation, it was not because of the intensity of the game.

"It was because of a very strange decision by one person [Jordan Pickford] which made it hard to deal with.

"With Joey [Gomez], it was absolutely because of the intensity of the season. That’s something we have to worry about.

"That’s not an excuse. That’s just an explanation."