LIVERPOOL outcast Xherdan Shaqiri is set for continued Anfield exile with no new offers for the Reds winger, according to reports.

The Swiss star, 28, has featured in just one matchday squad so far this season. 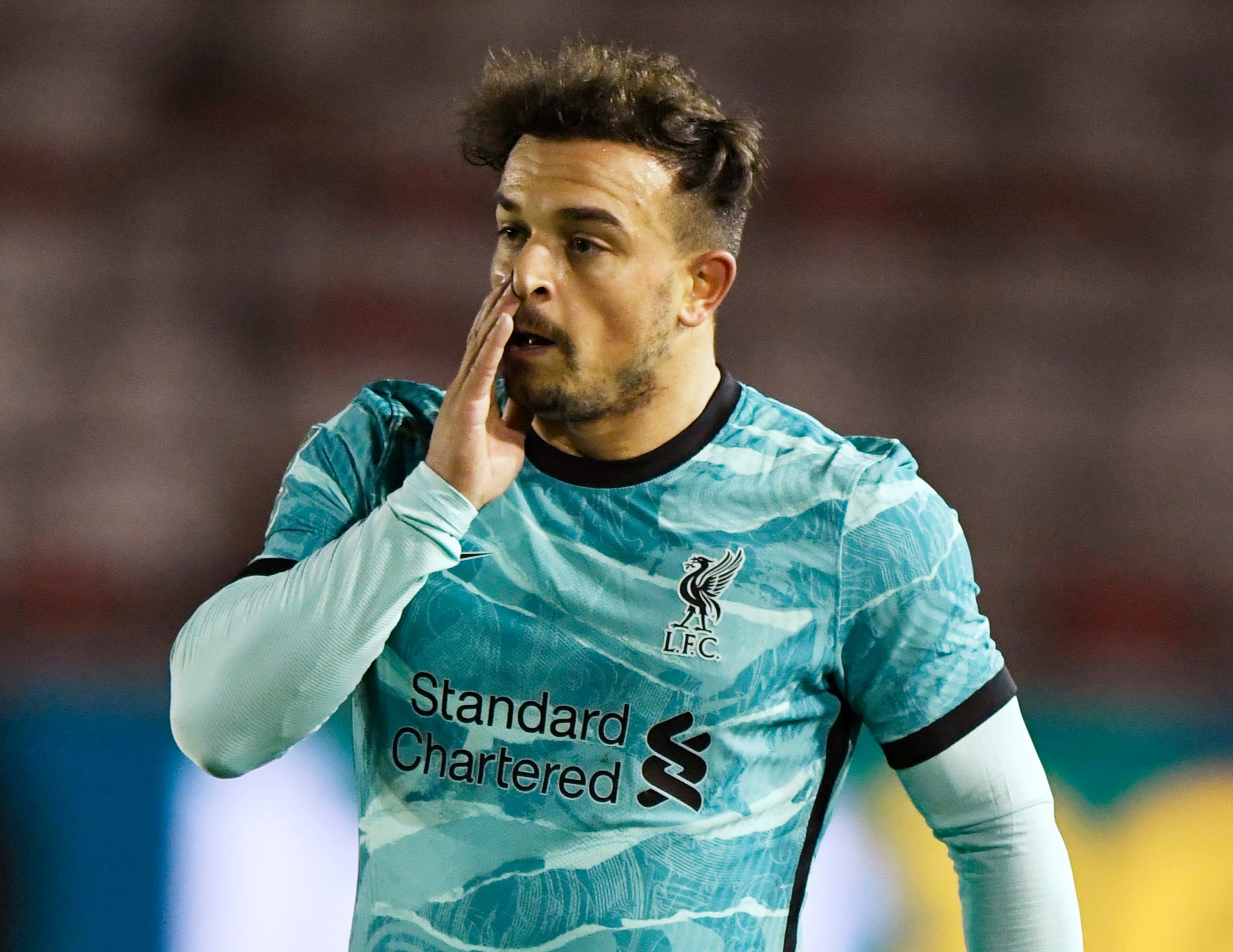 He did score in his 75-minute cameo against Lincoln but finds himself down the pecking order under Jurgen Klopp, who hinted at a departure.

And any hopes of a deadline-day move appear to be dashed.

He now looks as though he must wait until at least January to get a chance elsewhere.

According to Goal, the Reds did not receive any formal bids for Shaqiri in this summer window and were unwilling to allow him to leave on loan.

Roma and Sevilla both showed interest in January and had offers rejected but have not come back in for the Premier League winner.

There was talk Lazio may make a move but decided against making an offer.

Shaqiri joined Liverpool in 2018, arriving from Stoke for £13million.

The 82-cap Switzerland international has eight goals in 42 Reds appearances, with six in 30 during his first season.

He has three years still to run on his Anfield contract but looks on course to be out of the first-team picture for the coming months.