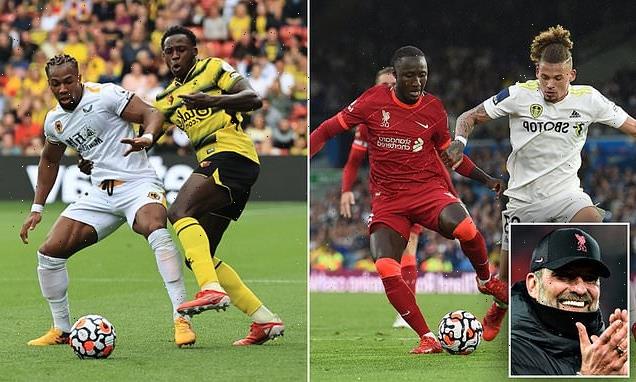 BREAKING NEWS: Two MORE Premier League games are OFF due to Covid, as Leeds and Watford outbreaks cause their Boxing Day matches against Liverpool and Wolves to be postponed – just as Jurgen Klopp wanted!

Two Premier League Boxing Day games have been postponed with Liverpool vs Leeds and Wolves vs Watford pushed back amid the Covid outbreak surging through the top flight.

Teams have been hit hard by the Omicron variant which has ripped through the country and squads have been left devastated over the last couple of weeks with positive tests coming in every day.

And this week Leeds and Watford have been affected and made official requests to the Premier League, asking for their Boxing Day games against Liverpool and Wolves respectively to be postponed – with officials granting their request. 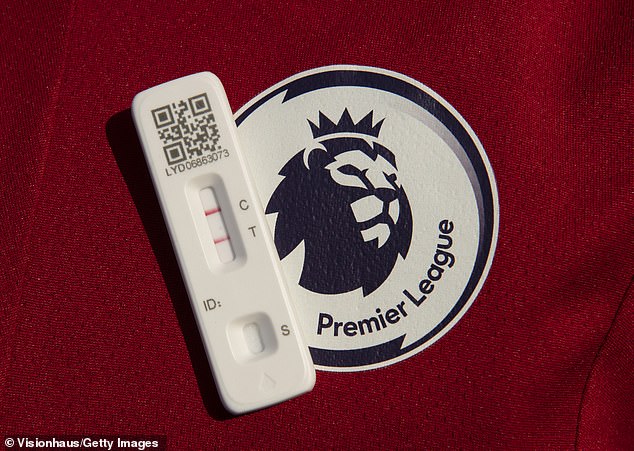 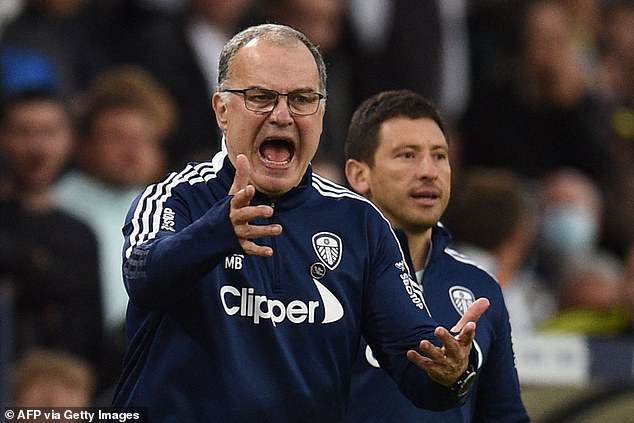 A Premier League statement read: ‘Following postponement requests from Leeds United and Watford FC as a result of COVID-19, the Premier League Board met this morning and regrettably agreed to call off the two affected clubs’ Boxing Day fixtures.

‘The two games are Wolverhampton Wanderers versus Watford FC and Liverpool FC against Leeds United, both due to be played on Sunday at 12:30pm.

‘The Board today was able to make its decisions in advance of Boxing Day to give clarity to clubs and their supporters. We apologise for the inconvenience and disruption caused to those fans’ festive plans.’

Leeds have been forced to close their training ground after the outbreak – which has affected five individuals – with their clash against Aston Villa on December 28 also in doubt. The club said all thsoe involved were asymptomatic, which they believe is down to their high vaccine uptake.

It comes after Premier League clubs voted not to hold a ‘festive firebreak’ to allow squads to recover from outbreaks, triggering anger from a handful of teams after being forced to play over the Christmas period. 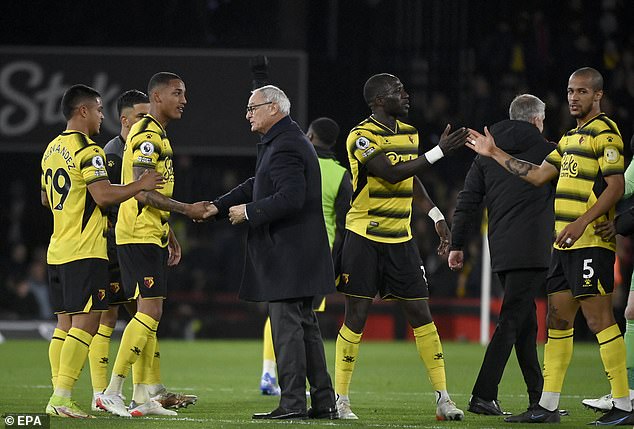 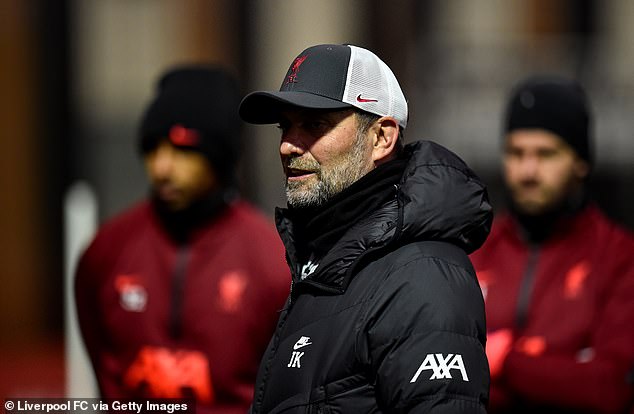 The last round of tests saw 90 players and staff return positive cases, around double the previous total.

Klopp might be relieved that his side’s clash against Leeds has been postponed as he will now get the break he had been pushing for. 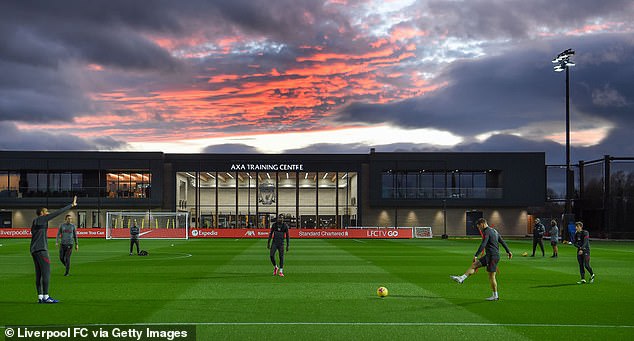 The Reds boss has already seen a handful of players pull out after picking up the virus, with Thiago Alcantara joining Virgil van Dijk, Fabinho and Curtis Jones on the sidelines.

He said his players needed to be protected and admitted that English football was in a ‘really strange’ situation.

‘I am happy to play but the situation is really strange,’ he said last week. ‘You prepare your team but have no idea.

‘It is really hard now, because [players] can be in [one day] and then test positive. We talk about human beings and I am happy playing, but we need help.’

HOW OMICRON COVID OUTBREAKS HAVE THE PREMIER LEAGUE ON EDGE

Mikel Arteta revealed Arsenal had been forced to close their London Colney training ground after reporting a ‘few cases’ among players and staff following their 2-0 victory over West Ham United. Defender Pablo Mari and midfielder Albert Sambi Lokonga were among those to test positive and therefore missed the win at Leeds.

Forced to postpone Premier League clash with Burnley on December 18 just two hours before kick-off after an increased amount of positive Covid-19 test results within their playing squad.

The Bees have 13 cases among players and staff – the club are now calling for a circuit-breaker szhutdown to help clubs recover. Their training ground has been closed and as a result their trip to Southampton on Saturday has been postponed.

Would have been without several players for Tottenham’s visit on Thursday due to Covid before the game was postponed – despite initial calls being rejected – hours before kick-off.  Their training ground was closed on Thursday morning to contain the outbreak but given they have an insufficient number of players available, their weekend trip to Everton is also off.

Case numbers are currently unknown but a large outbreak saw their game with Brentford postponed. Calls to have Saturday’s game with Brighton to be postponed were accepted on Thursday, and it has emerged that United would have had only seven available players for that game such is the impact of the outbreak. Their training complex is closed until Tuesday at least, in order to reduce the risk of transmission.

Had a request for Wednesday’s game with Wolves to be postponed rejected by the Premier League following an outbreak at the club. Graham Potter confirmed there were ‘three to four’ positive cases before the game, which they lost 1-0. Saturday’s game with Manchester United has now been postponed.

Manager Dean Smith was facing an anxious wait to discover the full extent of the outbreak at the club. Josh Sargent, Lukas Rupp and Pierre Lees-Melou were absent from the squad that faced Aston Villa in midweek for ‘Covid-related’ reasons, but while Christos Tzolis is the only confirmed player to test positive, more positive test results have been returned. The Canaries had discussions with the Premier League over Saturday’s clash with West Ham and it was agreed to postpone as they have an insufficient number of players available.

Saw their midweek game with Burnley postponed just hours before kick-off. With their training ground closed, their home match with Crystal Palace has now been confirmed as postponed too. Case numbers are currently unknown but they do not sufficient players to fulfil the Palace match.

Spurs were the first Premier League club to be hit by the Omicron variant last week and saw games against Brighton and Rennes postponed after cases reached double digits among players and staff. Those who tested positive for the virus are expected to return in the next couple of days after completing their 10-day self-isolation period. Spurs’ clash with Leicester on Thursday was postponed despite initial demands to have the game called off were rejected, but Sunday’s clash with Liverpool is due to go ahead.

After Brentford, the Blues became the latest club to be hit by a Covid outbreak, after it was confirmed ahead of their game with Everton that four more first-team players had tested positive. Mateo Kovacic was the first Chelsea player to get the virus in the outbreak this week, with Romelu Lukaku, Callum Hudson-Odoi, Timo Werner and Ben Chilwell following. Neverthless, their game with Everton went ahead and was drawn. Despite recording seven positive Covid cases, the Blues saw a request for their trip to Wolves rejected and Tuchel fumed at the decision to allow the game – which ended 0-0 – to go ahead on Sunday.

It was confirmed just an hour before kick-off against Newcastle on Thursday night that Fabinho, Curtis Jones and Virgil van Dijk were all out having tested positive for Covid. Midfielder Thiago also tested positive for Covid before Sunday’s trip to Spurs and Jurgen Klopp said it is ‘not possible’ for the Reds to continue playing if more players fall ill.