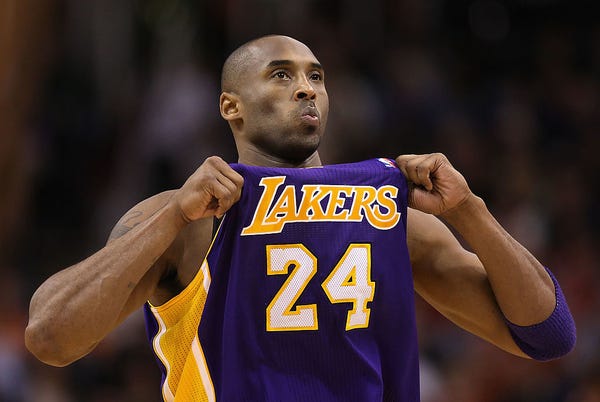 The Lakers beat the Miami Heat 106-93 to seal a 4-2 series victory and secure a joint record 17th championship on Sunday night.

Bryant, who tragically died in a helicopter crash alongside his 13-year-old daughter Gianna and seven others in January, spent his entire NBA career with the Lakers, winning five titles, the last of which came in 2010.

LeBron James, who was named the Finals MVP after scoring 28 points in the title clinching game, echoed Davis' words.

"[The team] got as close as you possibly can be, when that moment happened," James said, referring to Bryant's death.

"It brought the whole basketball world close as well, but when you're internal and it hits home, it just means that much more and we locked in from that very moment and said: 'This is bigger than us.'"

Following the Lakers' win, fans flocked the streets of downtown LA in celebration and rejoiced by chanting "Kobe, Kobe, Kobe."

Fans, many of whom wore Bryant's iconic number 8 and 24 jerseys, also gathered outside a mural of the Lakers icon and his daughter.