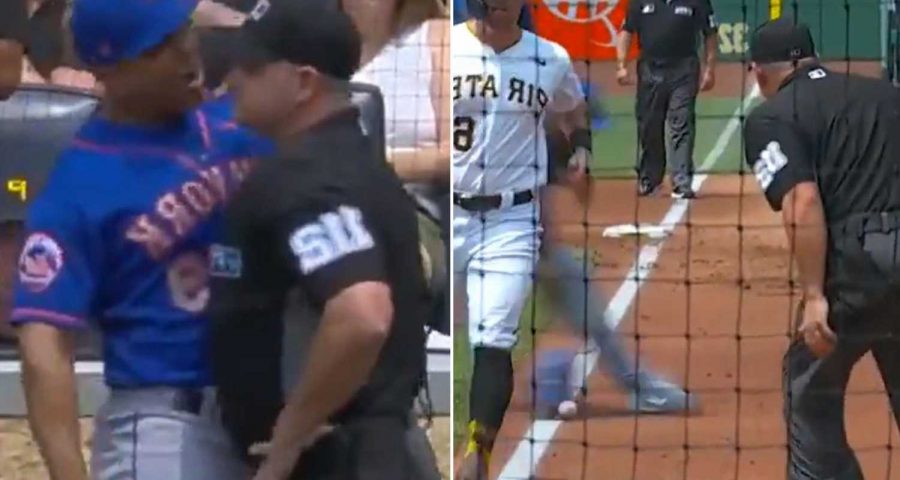 PITTSBURGH — Taijuan Walker gambled that the ball along the third-base line was foul, swatting it with his glove toward the dugout in Sunday’s first inning.

But plate umpire Jeremy Riggs ruled that Kevin Newman’s squib was fair, and the three Pirates on base never stopped running, scoring to put the Mets in a 6-0 hole. All hell had broken loose for the Mets, and manager Luis Rojas wasn’t going to sit passively and take it.

Rojas was ejected and had to be restrained by third base coach Gary DiSarcina from going after the umpire. It was by far Rojas’ most animated display in his two seasons managing the team.

Walker recorded only one out and was removed after allowing six runs, five of which were earned, on four hits and four walks in by far his worst performance for the Mets after an All-Star first half. Drew Smith replaced Walker.