THE sight of Romelu Lukaku bullying the England defence during the first half yesterday made for uncomfortable viewing.

Yet for Manchester United fans, especially, seeing their one-time £75million striker cause so many problems will not have gone down well. 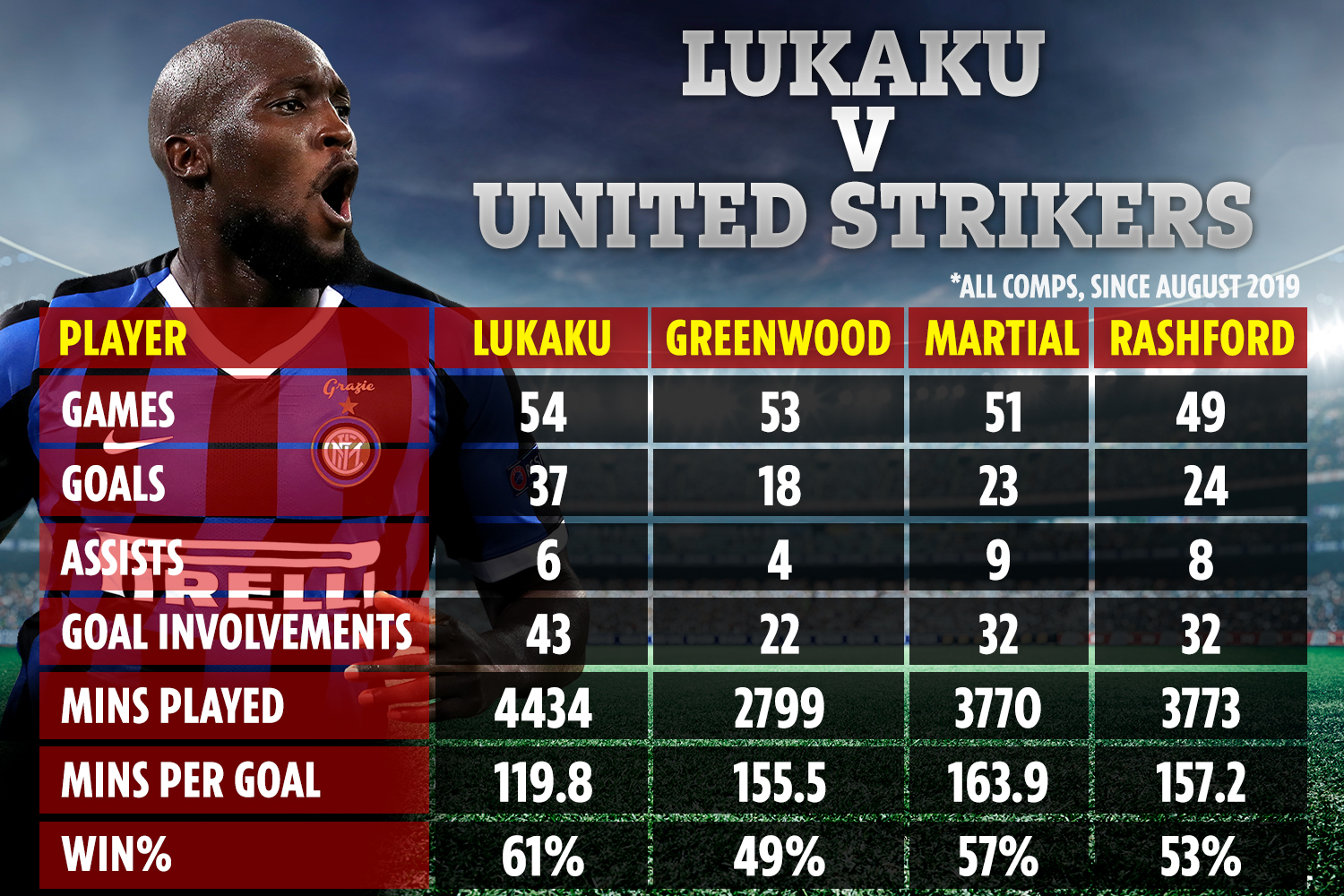 Here was the lean, mean, goalscoring machine they hoped Lukaku would prove to be at Old Trafford.

But it did not quite happen.

It is obvious United still need a striker in the style of the big Belgian who, at the age of 27, has now scored 277 goals for clubs and country – indeed, he has a better international goals-per-game ratio than Lionel Messi AND Cristiano Ronaldo.

Rather than stubbornly continuing their embarrassing, half-hearted attempt at landing Jadon Sancho, United should have  concentrated on getting a No 9.

Former striker Wayne Rooney reckoned United should have done everything to land Harry Kane, although that would have been impossible this summer. But maybe next year.

So instead, maybe they should not have let Lukaku leave for life with former Chelsea boss Antonio Conte at Inter Milan.

They  banked £73m for the former Chelsea and Everton man but they have not done anything with it in terms of bringing in offensive reinforcements.

And in that time, his goalscoring stats are miles ahead of Marcus Rashford, Anthony Martial and Mason Greenwood – all very good players but none of whom are like Lukaku.

At Wembley, Lukaku was full of running, brimming with confidence and worked his socks off. Yes, unrecognisable from the one who spent two reasonably miserable years at Old Trafford.

And it is not that long ago Christian Benteke was ahead of him in the national team, because the Belgians have generally only ever played with one striker.

Bulk was an issue for Lukaku in Manchester and he returned last summer nearly a stone overweight. 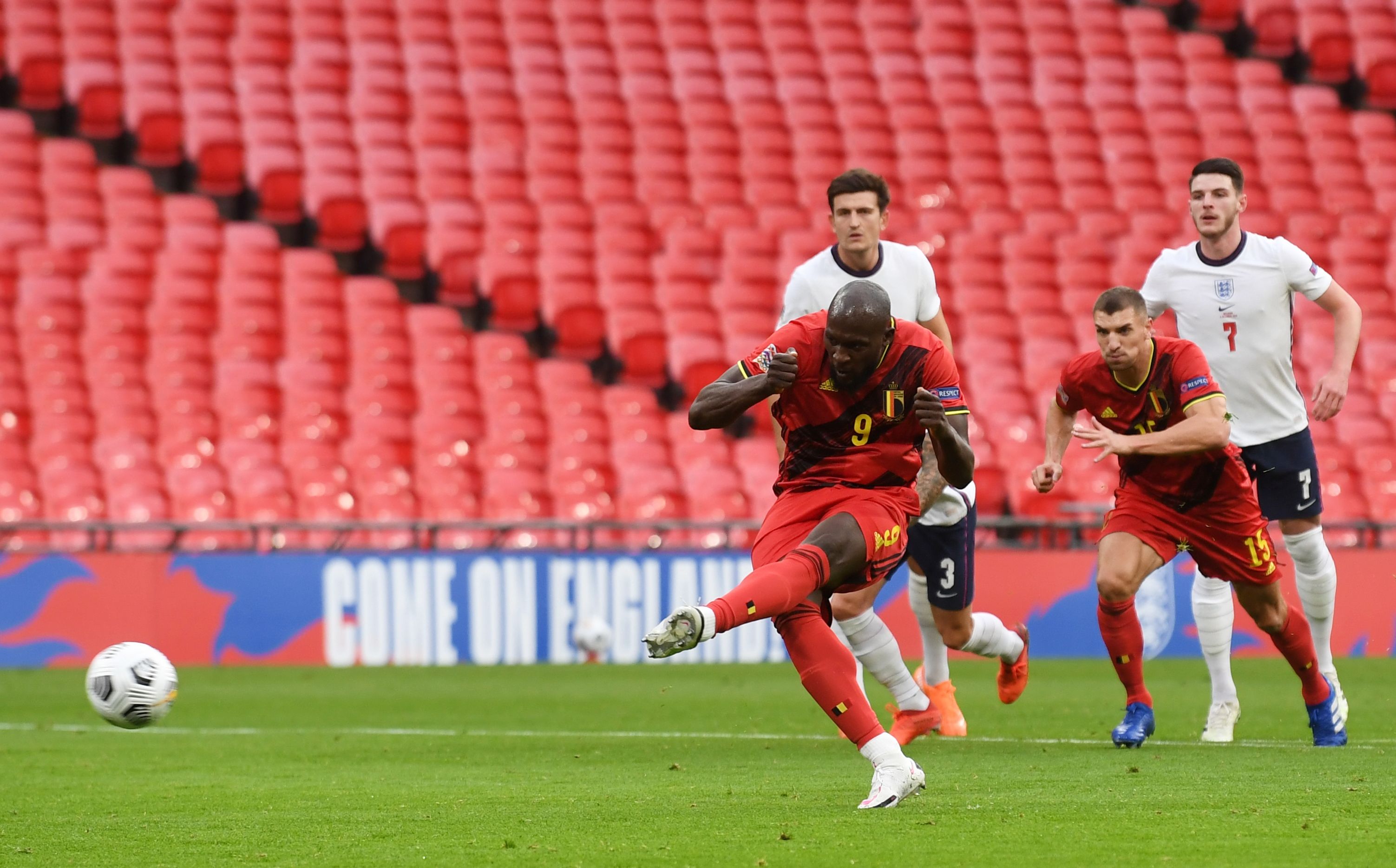 After joining Inter he was sent for tests by Conte, who was clearly concerned.

It appeared he had a problem with his digestive system which had stopped working properly.

After the issue was spotted, Lukaku worked hard under the eyes of Inter’s medical department. He then became the  fastest player in the club’s  history to reach 20 goals.

This term, he has continued where he left off in Serie A with three goals in as many games.

And yesterday he made life particularly difficult for Tottenham’s Eric Dier in a torrid opening 30-minute spell.

He also won a penalty after being brought down by Dier, who failed to get any contact on the ball.

Lukaku emphatically sent Jordan Pickford the wrong way and the only surprise was that he did not add to his tally.

His movement was good. Both Dier and Harry Maguire — in his first game back since his troubles in Greece — and, in particular, Kyle Walker delivered some decent blocks in the second half.

United’s fans will also have been keeping a watchful eye on their captain Maguire, who has suffered a torrid start to the season but showed some encouraging signs  he is getting back to full sharpness.