PEP GUARDIOLA says his team keep surprising him by getting up from ”knockouts to their faces”.

Now he hopes Manchester City can land a huge blow of their own by beating Leicester and reclaiming top spot. 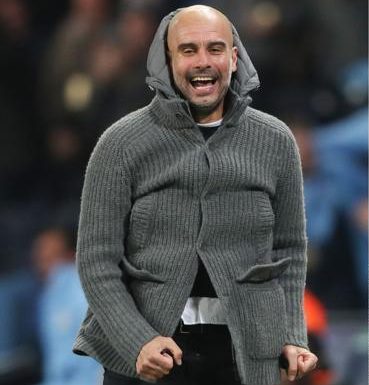 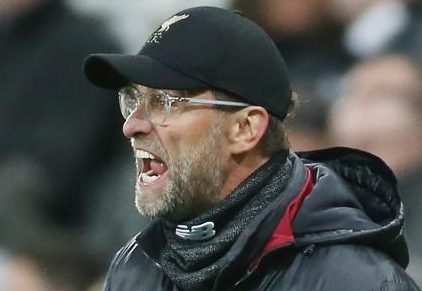 But they have picked themselves up off the canvas to win three straight Premier League matches without conceding.

Guardiola said: “Especially after the defeat in the Champions League, that was like: ‘Wow!’ What they showed me was incredible.

“We were in the semi-final, then one second later we are out.

“With incredible sunshine and humidity, against an incredible team in Tottenham.

“Then after, going to Old Trafford and Burnley, where everyone thought we’d drop points. We didn’t drop points.

“That is not the manager or the staff. That’s the personality of the players.

“At that moment, I like to see the team — not after we’ve won ten games in a row, when everyone is comfortable and the mood is good.

“At that moment we were so sad, everyone at the club, but we did it. That showed me a lot.”

He saw similar character and determination last season as City raced to a record-breaking 100 points.

He added: “The personality is when it goes wrong and how they react in bad moments, how they stand up in the game and after a big defeat.

“In two seasons, we did it. Last season, for example, we had an incredible 3-0 defeat at Anfield then after, we arrived here against Manchester United and we lost the game.

“And after again, we played an incredible first half against Liverpool — we should have scored two or three goals — then when they scored we fell down. Then we went to Tottenham and won.

“People react well to knockouts in our faces.

“At the same time, now is not the time to take a defeat. If that happens we are not going to win the two titles.”

In fact, City team, who are currently second in the league and looking forward to an FA Cup final appearance against Watford, are making a habit of bouncing back from adversity.

Three league defeats in December — to Chelsea, Crystal Palace and tonight’s opponents Leicester — looked as though they could be fatal to their title hopes.

They were seven points behind at the turn of the year but battled back to mean it is in their hands going into the final week.

Guardiola admitted it would have been easy for his players to throw in the towel and bask in the glory of last season.

But they have amazed him with their willingness to go again and chase Liverpool every step of the way.

He said: “After one of the toughest periods in November and December, we were seven points behind.

“When we played here against them, if we’d lost it’d have been ten points. We had that feeling in November and December that they were not going to drop many points.

“It was completely the opposite. Not just in this competition . . . in the Champions League. In the Carabao Cup, in the FA Cup.

“I’m so proud of my players and all the club, the organisation, and all the staff. They help us to be there.”

Guardiola admitted himself it sounded like he was signing off for the summer — when in fact there is much still to do.

If they win their three remaining games, City will become the first team ever to do a domestic treble.

He said: “It looks like a farewell and the last press conference to analyse what we have done so far.

“But still the truth is we have two tough games and you have to be focused.

“We have to be realistic now.”