MANCHESTER CITY players and staff appear to sing a mocking song about Liverpool getting "battered in the streets" during wild title celebrations.

A video has emerged showing a plane full of City stars and support team chanting to the tune of the Reds' famous Allez Allez Allez! song. 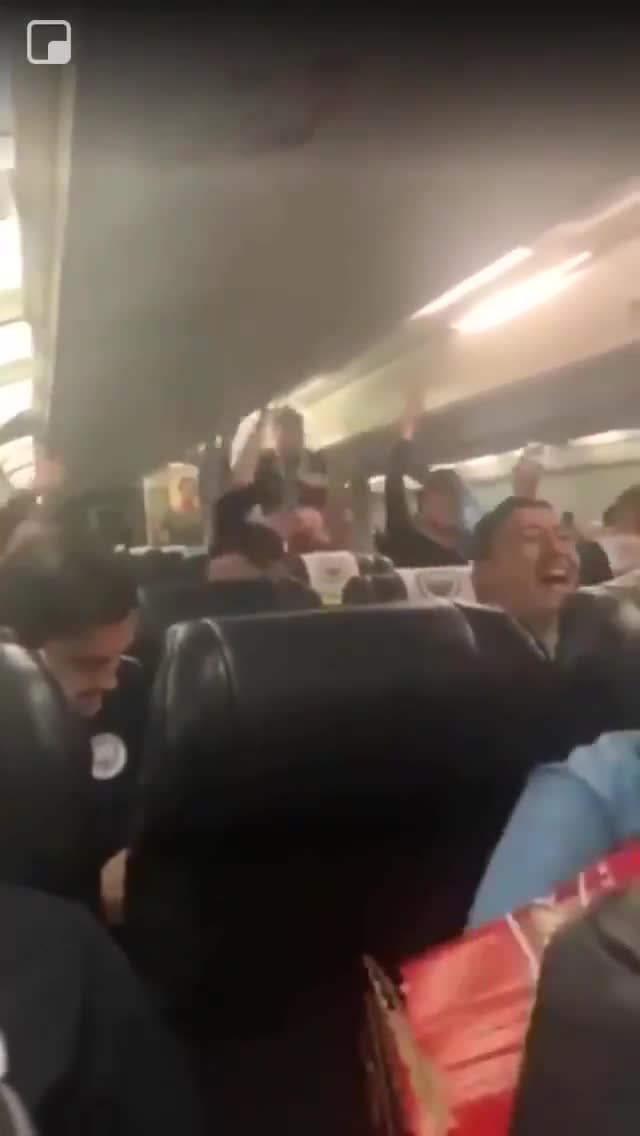 It includes the line "battered in the streets" – an apparent reference to Reds fans being attacked by hooligans in Kiev ahead of last season's Champions League final.

Other lines include "Kompany injured Salah" and "the Scousers won f*** all".

The original line was "Ramos injured Salah" after the Real Madrid star's foul in the Champions League final, but was changed to Kompany after the Belgian's horror challenge on the Egyptian during City's 2-1 win at the Etihad this season.

The clip was shared on social media after City held off Liverpool's title challenge to retain the Premier League trophy on the final day of the season.

The song has reportedly been sung by City fans all season, mocking the Reds for finishing empty handed in 2017-18.

Pep Guardiola's men finished that campaign by winning the Premier League and Carabao Cup, while Liverpool suffered Champions League heartbreak in the final, being beaten by Real Madrid in Kiev.

The Merseyside club were fined £17,000 for their supporters throwing a number of objects at the vehicle.

Liverpool knocked City out of the Champions League last season but finished fourth in the Prem.

This term, they have once again surpassed them in Europe but ended the as runners up to Guardiola's champions domestically.

City beat Brighton 4-1 while the Reds won 2-0 at home to Wolves on Sunday.

Manchester City have been approached for comment, but have so far declined.

All the way to Kiev,

To end up in defeat,

Crying in the stands,

And battered in the streets,

Victims of it all,

And the Scousers won f*** all,