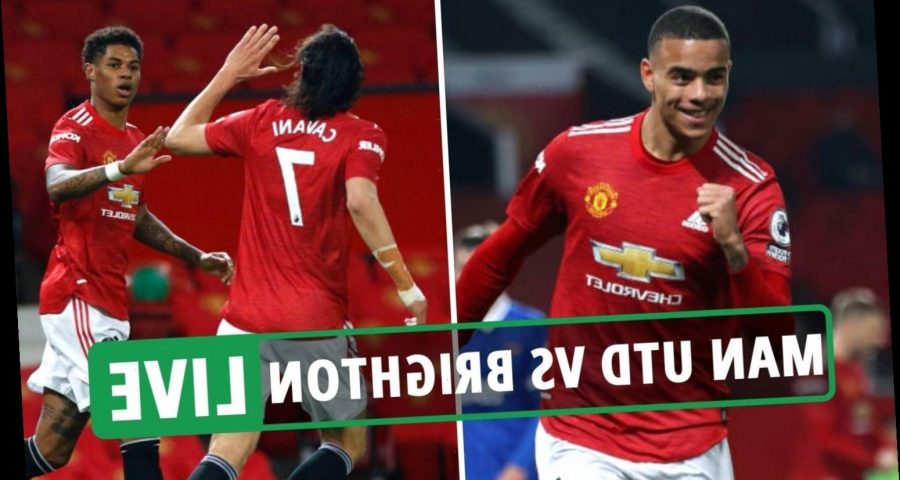 MANCHESTER UNITED have BEATEN Brighton after coming from one goal down thanks to Mason Greenwood's winner.

Brighton had taken the lead after an outstanding first half performance thanks to Danny Welbeck's header, but Marcus Rashford equalised before Greenwood snatched a late winner.

United are now 11 points ahead of fifth-placed Tottenham after teams around them – other than leaders Man City – dropped points this weekend.