BRUNO FERNANDES congratulated Karl Darlow after he became the first Premier League goalkeeper to save one of his penalties.

The midfielder had scored from the spot ten times in a row since he joined Manchester United in January. 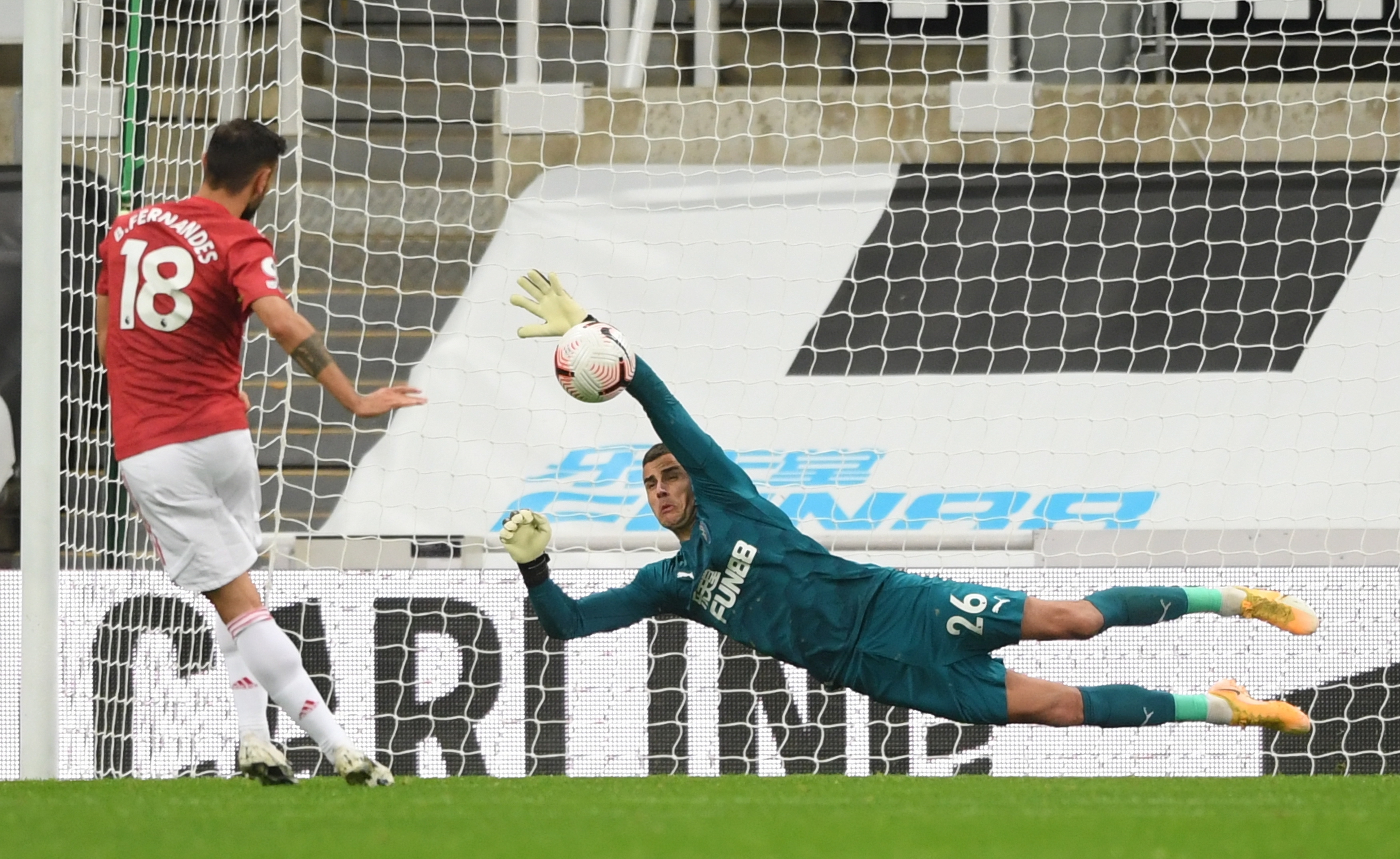 But his 100 per cent record ended during Saturday night's showdown with Newcastle.

With the score locked at 1-1, United were awarded a penalty when Jamal Lewis fouled Marcus Rashford.

Fernandes stepped up to the spot, but his well-hit effort was parried away by Darlow.

According to Utdreport, the 26-year-old said: "Congratulations to him.

"He is the first goalkeeper in the Premier League to save a penalty from me."

But Fernandes made amends in the 86th minute when he scored to make it 2-1.

Aaron-Wan Bissaka then netted his first strike for United in his 50th game before Rashford found the net to make it 4-1.

Fernandes joked that Wan-Bissaka's goal was just a mishit cross that ended up in the back of the net.

He told MUTV: "[We were so happy] because we didn't know he can shoot.

"So it's difficult for us believing he can score because we never see him shooting.

"We were talking about it now in the dressing room and asking him because we all were thinking he wanted to cross and he makes a bad ball and scores.

"But I'm happy for him, he deserved the goal and we always ask this from him.

"Be more positive, be more in the box, try and improve because he has such good qualities."