MANCHESTER UNITED have the best youth system in the world when it comes to youngsters making the grade in the Premier League.

The Red Devils have long been renowned for their incredible academy, churning out a host of future stars, including the Class of 92. 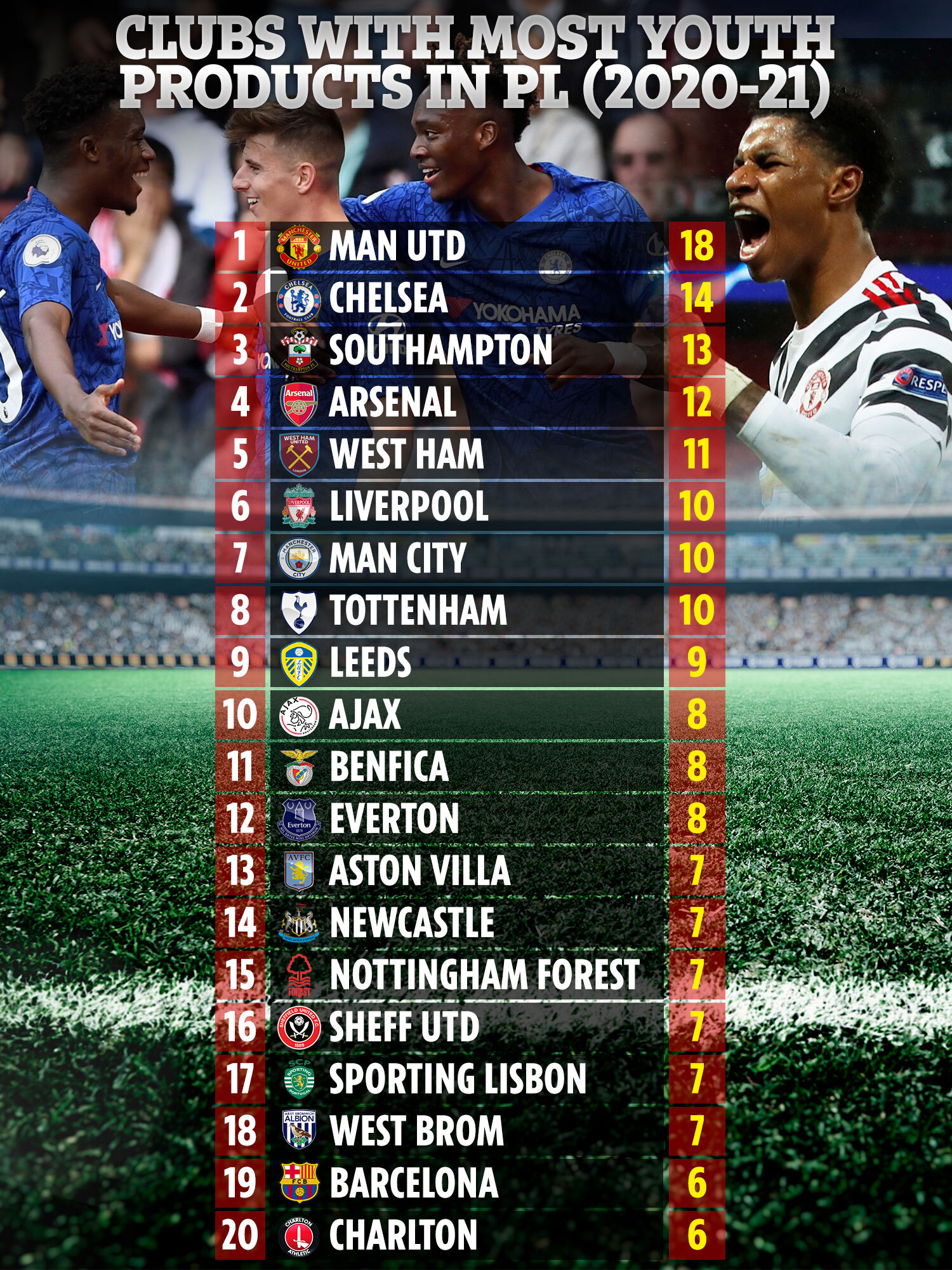 But even in the present day, United have the most-prolific youth ranks.

Incredibly, there are currently 18 Old Trafford kids starring in the Premier League – either with them or at rival clubs, according to bettingodds.

That's four more than the next-best club, Chelsea, with 14.

United have eight players in their current squad who made it through the youth ranks with 10 more playing elsewhere.

Marcus Rashford is the headline act, but Brandon Williams, Dean Henderson, Jesse Lingard, Mason Greenwood, Scott McTominay and Teden Mengi are all in the first-team squad this season.

The only other club with eight academy products in their current senior squad are West Ham, including the likes of Mark Noble and Declan Rice.

The Hammers sit joint-fourth in the overall standings, with 11 academy products spread across the Premier League.

Southampton (13) sit ahead of the Irons, with Arsenal level on 11 and Liverpool, Manchester City and Tottenham all on 10.

Leeds' academy has churned out nine top-flight stars, with Benfica and Ajax the first foreign clubs on the list, both turning out EIGHT Premier League stars apiece.

Benfica have churned out the likes of Man City duo Ederson and Bernardo Silva, while Ajax have given the league Donny van de Beek and Steven Bergwijn amongst others.

Other non-Premier League sides to have players from their academies currently starring in the top-flight include Nottingham Forest (7), Sporting Lisbon (7), Barcelona (6) and Charlton (6).

At the other end of the spectrum, Wolves and Fulham both have ZERO academy products in their current first-team squad.

In terms of nations, England understandably lead the way in terms of academy products in the Premier League.

No fewer than 251 top-flight players graduated from English clubs.

PL clubs with own youth products in current senior squad